a a a
skip to main content
akronchildrens.org
Home > Inside Blog > News & Events > Fundraising Events > Radiothon > Akron Children’s Radiothon is a family affair for Robertsons 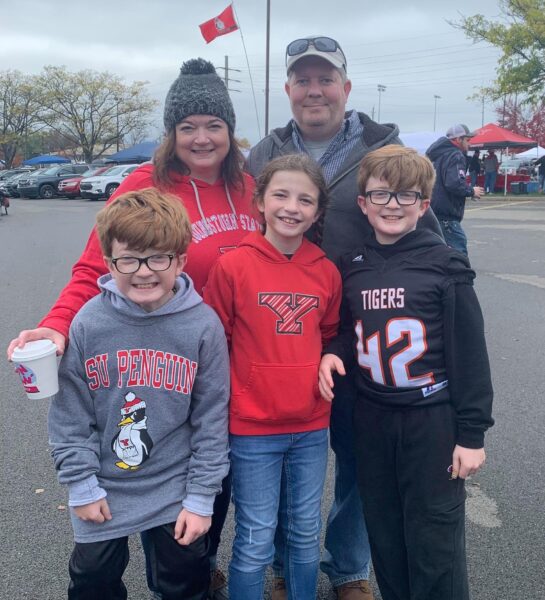 The Robertson family is grateful to have Akron Children’s care close to home in Mahoning Valley.

When Mathew, Michael and Morgan were born, Kelly and Matt Robertson wanted nothing more than to bring their babies home. At 11 weeks premature, the triplets needed additional care so the NICU at Akron Children’s Mahoning Valley became their home away from home.

At this year’s Miracles and Promises Radiothon benefiting Akron Children’s Hospital Mahoning Valley, Sept. 15 and 16, the Robertson family will reflect on the triplet’s health journey and how, more than 10 years later, the providers and staff at Akron Children’s are still like family. 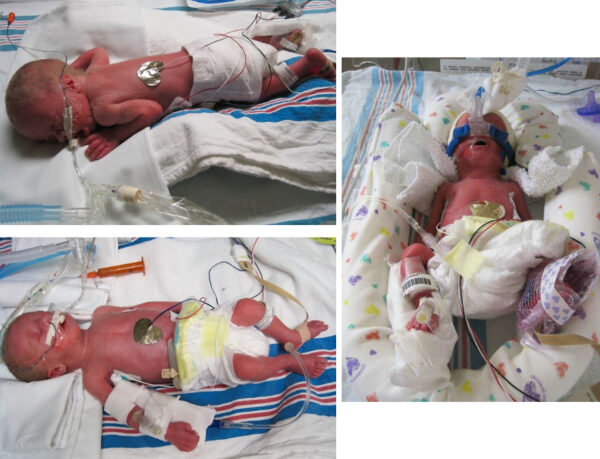 Mathew, Michael and Morgan were born 11 weeks premature and spent their early days in the NICU at Akron Children’s Mahoning Valley.

“I have always been impressed with how each provider and staff member treats us as if we’re their own family. They want to know how my kids are doing, not just what brought us in for the visit,” said Kelly Robertson. “I am also thankful the hospital is so close to home because it makes accessibility to care so much easier for our busy family.”

The triplets, now 11 (11-and-a-half if you ask them), are in middle school, where they earn high marks in the classroom. Although they no longer share all the same teachers or interests as they once did, their care teams at Akron Children’s remain a constant. 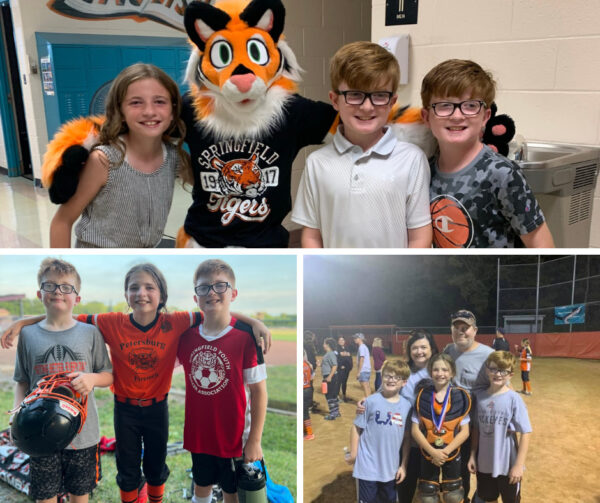 The siblings earn good grades, play a lot of sports and, through it all, never miss an appointment – in-person or virtual – with their Akron Children’s team.

Mathew, the first born, was the biggest baby and also the sickest at birth. After gaining strength and development in the NICU, Mathew has never looked back. He follows Tiffany Morales, CNP in pulmonary for asthma, but asthma doesn’t slow him down from playing football, baseball, basketball and soccer.

Michael had the most medical complexities of the trio. At 1 week old, he was diagnosed with Grade III and Grade IV brain bleeds and PVL of the brain. Within a couple weeks, he was developing hydrocephalus so a VP shunt, that he still needs today, was placed to relieve pressure. Michael began physical and occupational therapy in the NICU. By age 2, he began working with physiatry to manage the affects of right-sided hemiplegic spastic cerebral palsy. 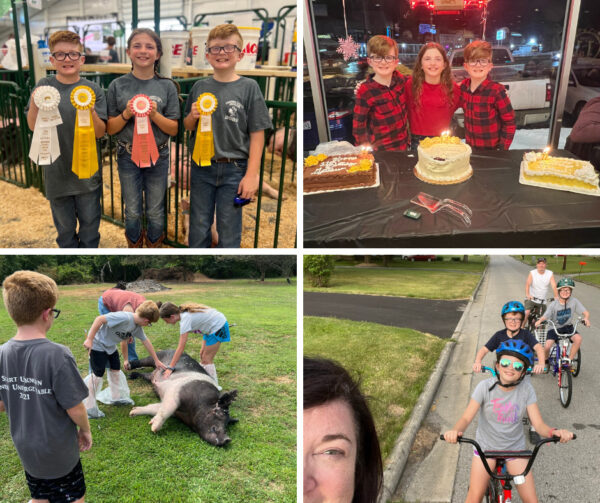 From birthdays and bike rides to raising prize-winning livestock for the fair, the Robertson triplets celebrate the joys of life together.

Today, Michael continues with physical therapy and meets with neurology, physiatry and ophthalmology to keep him at his best. Michael works hard to keep up with his siblings so, not to be out done, he plays soccer, basketball and percussion in the school band. He’s also an assistant coach on his brother’s football team, where he enjoys making Mathew run laps!

Morgan is the baby and was the healthiest of the three. Although she was the last one born, she was the first to come home from the NICU and to hit many infant milestones. Morgan has check-ups with neurology and manages anxiety with Behavioral Health counselors via virtual visits so she doesn’t miss school or practice. She loves to write and draw, as well as play softball, soccer and the clarinet. 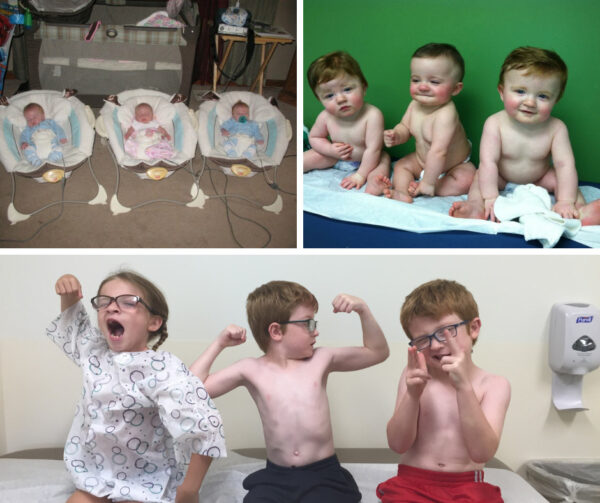 The triplets motivate each other and support one another through whatever life brings their way.

“My kids have always been very supportive of one another. Whether it was learning to take first steps, sitting next to each other at an appointment or cheering from the sidelines, they have each other’s back,” said Kelly. “Akron Children’s has been supporting my kids from the start, too, and I feel blessed for the amazing care they provide our family.”

To hear more about the Robertson triplets, tune into this year’s Miracles and Promises Radiothon on Sept. 15 and 16 from 9 a.m. until 6 p.m. each day. It will be broadcast live on Mix 98.9 and 570 WKBN from Akron Children’s Hospital Beeghly campus in Boardman.

New pediatrician Dr. Kristin Barrett is grateful for a career at Akron Children’s
Guidance on asthma, flu and COVID-19
Full circle: Dad runs virtual marathon around Akron Children’s while son receives care
Has COVID-19 become the new modern-day cooties?
Preparing for back-to-school success for a child who has special needs