a a a
skip to main content
akronchildrens.org
Home > Inside Blog > Sports > Record-breaking comeback for Marlington athlete 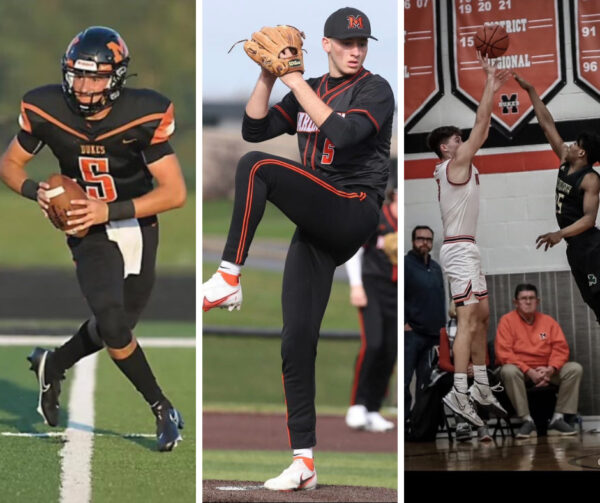 After multiple injuries his junior year, Connor came back stronger his senior year and earned several honors, including First Team All League in football and, in basketball, Eastern Buckeye Conference Player of the Year, First Team All Stark County and Special Mention All-Ohio, among many others.

In 2020, Connor Evanich was a three-sport athlete at Marlington High School. As he entered his junior year, he knew he wanted to play a sport in college, but a leg and knee injury caused him to reevaluate how he’d get there. Connor stayed committed to his goal and, with the help of his Akron Children’s sports medicine team, came back stronger – mentally and physically – than before.

“I thought once my junior year was over I would know which sport – football, basketball or baseball – I would focus on for college,” said Connor Evanich. “With my injuries, this didn’t happen, but throughout my recovery I never once thought about not playing in college…Coming back from injuries is a battle between you and yourself so I approached it the only way I knew how, like a game I wanted to win.”

Connor’s first setback came in October 2020 when the then quarterback’s leg got caught up in tackle. He fractured his fibula and tore ligaments. After a 3-hour surgery, a plate implant, seven screws and a tight rope apparatus to support his ligaments, he began therapy. For 3 months, he met with a trainer 3 days a week and worked out on his own every day.

“During the injuries I learned that it wasn’t going to be the same as working out for a sport. Instead of getting better, I was getting closer to point A – being healthy,” said Connor. “My teammates were the most important thing that helped me get back to where I needed to be. My physical therapist, Liz Gaut, also helped me keep a positive mindset throughout the whole process.”

Connor was released to play basketball, but his time on the court was cut short after suffering a season-ending ACL injury to his right knee. His surgery and physical therapy would last 7 months, which caused him to miss the rest of the season and baseball entirely. 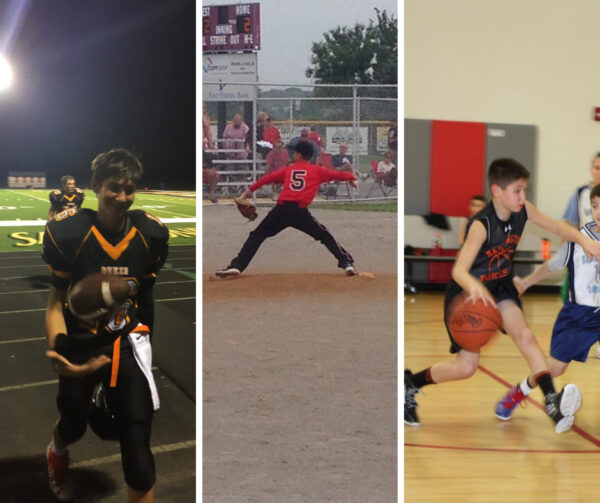 Connor has been a 3-sport athlete since he was young. Leg injuries his junior year of high school gave him time to decide which sport to play in college.

“The mental component athletes face following an injury, especially an ACL, can often be missed. Akron Children’s is fortunate to have a sports psychologist on our sports medicine team who can help patients find their focus and get through the rehab process,” said Liz Gaut, physical therapist at Akron Children’s. “For Connor, though, I could tell after a few sessions that he was self-motivated. He not only wanted to return to sport, but he wanted to come back better than he was prior to his injury.”

Liz and Connor’s surgeons, Drs. Todd Ritzman and John Polousky, were in regular contact about Connor’s progress throughout all of his physical therapy sessions. Connor also had an open line of communication with his specialists so everyone was on the same page during his recovery.

“I’d educate Connor on the importance behind each exercise because, while some didn’t seem as challenging as others, I wanted him to know how they all played a big role in a successful return to sport,” said Liz. “Connor followed through on his home exercises, too, which allowed us to progress strengthening exercises regularly and spend time on body mechanics, proprioception and sport-specific exercises in sessions.”

After months of sports rehab, Connor was ready for his return to sports his senior year, and it was record-breaking.

“Doing these things after everything I went through was exciting,” said Connor. “But when I was going through my recovery, I wasn’t working hard to just play again; I was working to be better than I was before and I accomplished that.”

Above: Connor, at pitcher, showing his athleticism at pitching and throwing out a runner.

For Connor, though, getting an offer to play baseball at the University of Findlay was proof that all his hard work paid off.

“Connor is one of those patients you don’t forget as a physical therapist,” said Liz. “His attitude, determination, work ethic and personality played a huge role in his returning to sport stronger than before. I wish him the best of luck!”

Learn more about how Akron Children’s sports rehabilitation and sports medicine services can help your athlete.