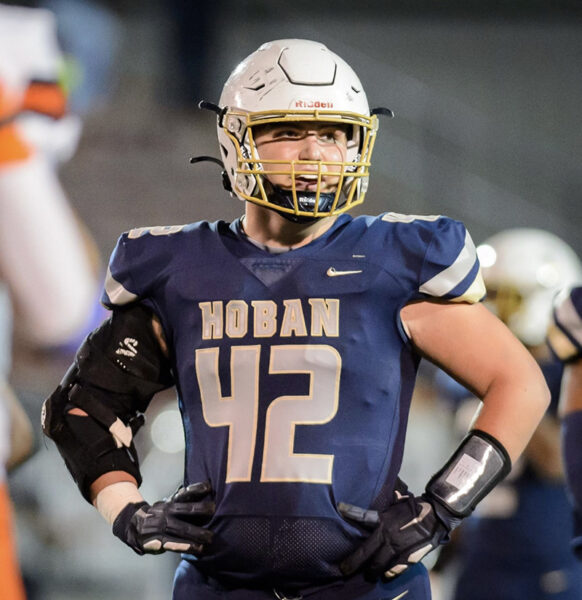 It was the Ohio State Championship, Archbishop Hoban vs. Cincinnati Winton Woods, Bryce’s third such big game in his four years at Hoban. That’s the way to end a successful high school career, right?

Bryce and his parents will likely remember the game more for the injury that he incurred in the second quarter.

He was playing defensive tackle, “working in the trenches” as his father, Craig Sisak, recalled. Bryce remembers smacking facemask-to-facemask with an opponent.

“I couldn’t keep my head up by myself,” Bryce said.

“He didn’t return to the huddle right away,” Craig said. “He staggered to the sidelines and I kept an eye on him as the trainer and team doctor evaluated him.”

Doctor to parent: “I think it’s his neck.”

Craig is also an Akron Children’s Hospital employee. For the past year he’s served as clinical operations supervisor in the Orthopedics department.

Not what any parent wants to hear.

“The game didn’t matter at that point,” Craig said. “I’m thinking long-term stuff. How is this going to affect his quality of life? He’s had other injuries while playing sports, but when it’s the neck it’s just different.”

Bryce was taken to a hospital near the stadium for a CT Scan and, unrelated to the injury, it was detected he had an anomaly called “bipartite atlas,” which was described to him as the top vertebrae in his neck being split in half. It was there since birth and never grew together.

An MRI was done at Akron Children’s Hospital a few days later. Dr. Todd Ritzman, orthopedic surgery chair, noticed the bone was smooth, which confirmed it’d been this way since birth. He told Bryce it was a “super rare condition.”

Dr. Ritzman consulted with colleagues around the country with more experience with this condition, particularly to help determine its effect on athletes in collision sports.

“We learned through a neurosurgeon who’s seen it a number of times that it’s not a deal breaker to continue to play football, so as long as Bryce strengthens his neck muscles and continues with rehab,” Craig said.

“I was very relieved to hear that because I thought I was done,” Bryce said.

He’d narrowed his list of schools to a few and had recruiting visits set up, but first he’d need to spend a month in a hard plastic cervical collar as he recovered. 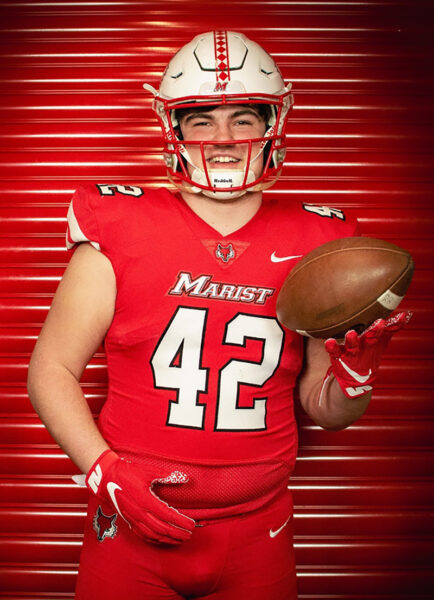 Bryce accepted an offer to play football from Marist College in Poughkeepsie, N.Y.

Football career not over

He worked hard with Akron Children’s Hospital physical therapists and Dr. Congeni on a game plan to ease back into things. It involved twice-per-week visits to PT for 5 months plus daily at-home exercises.

Ultimately, Bryce accepted an offer from Marist College in Poughkeepsie, N.Y. They’re a member of the Pioneer League with schools like Dayton, Stetson, Butler and Morehead State. Earlier this month he reported to training camp with no medical restrictions, cleared for full contact as a college defensive lineman.

“We never would have known about this condition if he hadn’t hurt his neck,” Craig said.

Craig and Shanna Sisak have three other younger boys who also play football, and they’re comforted knowing that Bryce’s rare birth anomaly is not a hereditary trait.

They’re also comforted that Akron Children’s Hospital is in their backyard.

“We specialize in children and our services are second-to-none, sports related or otherwise,” Craig said. 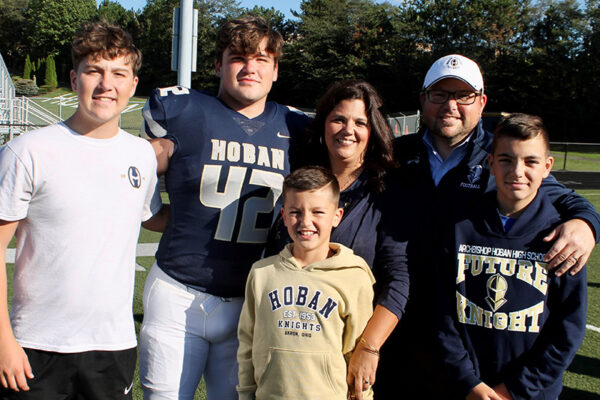 Craig and Shanna Sisak have three other younger boys who also play football.

Checking Off Another Location and Adding Another Specialist to Jordan's List
Dr. Sarah Guillette enjoys helping kids see a bright future
Taking the bite out of winter weather
Jordan brings the summer of fun
Dr. James Fitzgibbon wins 2020 Distinguished Service Award on eve of his retirement