a a a
skip to main content
akronchildrens.org
Home > Inside Blog > Patient Stories > Sepsis protocol leads to improved outcomes for Akron Children’s patients 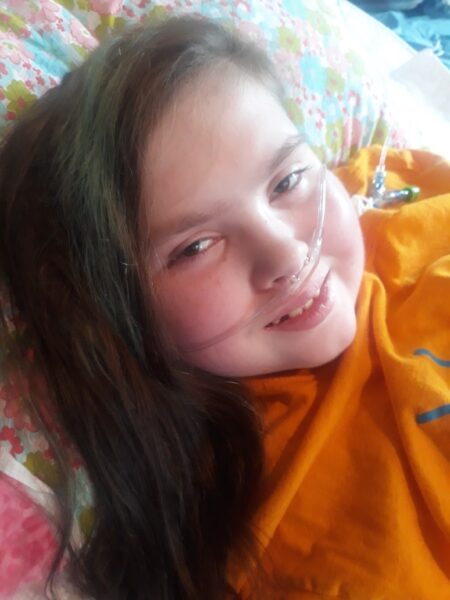 Madelyne Williams, who has cerebral palsy and other complex medical needs, has had sepsis a total of 5 times in her young life. She recently returned to school at Kent Roosevelt High School for her senior year after not having attended school for the past 3 years due to health issues.

Wendy McNair and her daughter, Madelyne Williams, are no strangers to the life-threatening blood infection known as sepsis. Madelyne, age 17, who has cerebral palsy and other complex medical needs has had sepsis a total of 5 times – experiencing her first bout in 2016.

“In 2016, Madelyne got the flu, which led to double pneumonia, a MRSA staph infection, septic shock and a 20-day hospital stay,” said Wendy.

Wendy estimates her daughter has suffered from pneumonia over 90 times in her life due to chronic lung disease caused by prematurity (she was born at 26 weeks weighing just 1 lb, 9 oz).

“Madelyne was also born with congenital cystic adenomatoid malformation, a benign lung lesion that continued to grow after birth,” said Wendy. “As a result, she had to have part of her lung removed at age 2. The hope was that by removing the damaged lobe in her lung, other parts of her lungs would expand, making it easier for her to breathe.”

However, Madelyne’s lungs have remained a challenge and infections have led to frequent hospitalizations. Having never fully recovered from the effects of a bout with bacterial meningitis in 2021, Madelyne was recently diagnosed with adrenal insufficiency and neurostorming (a condition that occurs in people with brain injuries that causes them to become sensitive to stimulation resulting in fever, high heart rate, elevated blood pressure, body rigidity and stiffness). 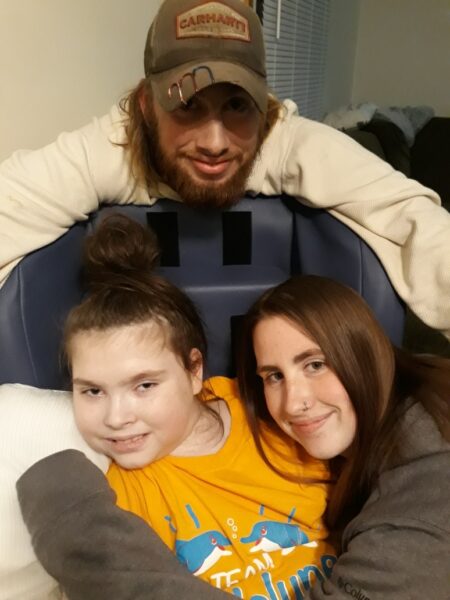 Madelyne with her 2 favorite people, her sister, Lauren, and brother, Brendan.

In 2022, she landed back in the hospital when her feeding tube became dislodged.

“Madelyne is on a lot of medications, and I use her feeding tube to administer those meds. So not having that access was problematic and led to some withdrawal symptoms,” said Wendy.

After undergoing the tube replacement, Madelyne was due to be discharged but Wendy’s maternal instinct told her something wasn’t right.

“I noticed a lacy rash developing on Madelyn’s skin and she had also developed a fever and increased heart rate – all signs of sepsis,” said Wendy.

According to Amy McHenry, lead APP in critical care, sepsis starts a chain reaction throughout the body and any infection can lead to it. In 2019, Akron Children’s joined the Children’s Hospital Association’s national collaborative, called Improving Pediatric Sepsis Outcomes (IPSO), to share best practices and information allowing its member hospitals to create the needed processes to recognize sepsis and initiate timely care. 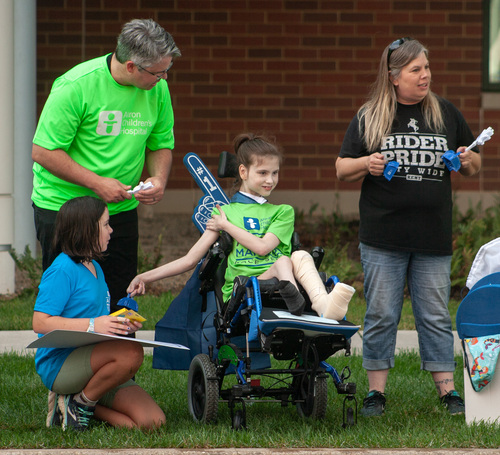 “IPSO identified 5 key metrics (IPSO sepsis bundle): early identification (with a trigger tool), sepsis huddle (at the bedside with a nurse, provider, resident and physician), use of a sepsis order set, and timely administration of fluids (within 30 min.) and antibiotics (60 min.),” said Amy. “If this bundle is followed, sepsis mortality is decreased by almost 50% and hospital length of stay by 25%.”

In Madelyne’s case, all the interventions were within IPSO bundle guidelines, and she got better within 48 hours.

“We continue to improve our goal times of the first fluid bolus – within 30 minutes and time to first antibiotic within 60 minutes,” said Amy. “We also continue to improve in order set utilization. These 3 things are a part of the recommended IPSO bundle that are shown to decrease sepsis mortality.” 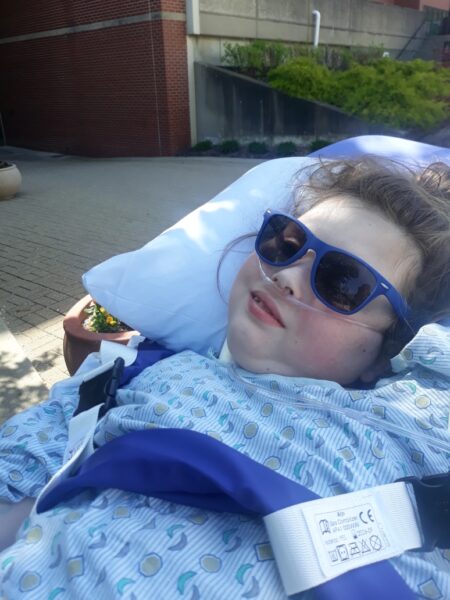 During one of Madelyne’s frequent hospitalizations for sepsis, she was able to go outside and enjoy the sunshine while recovering.

Akron Children’s was in the top 3 most improved IPSO sites for the last 12 months and the pediatric intensive care unit (PICU) was recognized by the national IPSO collaborative with improvement in bundle compliance with IPSO PICU Sepsis. Most improved areas included:

While the reasons for Madelyne’s frequent bouts with sepsis remain unknown, Wendy isn’t giving up trying to figure it out.

“All of her lab work and blood cultures come back as an infection of unknown origin,” said Wendy. “In addition to all of the other specialists we see, we are adding allergy and immunology to the mix to see if we are missing something.”

Madelyne has begun taking steroids to help with her adrenal insufficiency and hasn’t had any hospitalizations since June.

Amy says the work of the sepsis subcommittees has helped improve education and awareness about sepsis hospital-wide, not just in the PICU.

“Our education and awareness committee work on yearly education for providers and staff nurses on the sepsis bundle, fluid bolus administration education and huddle process,” she said. “Standardized signs in all patient rooms and staff areas also help increase awareness about sepsis.”

The hospital’s sepsis data is submitted to IPSO monthly.

“Each month we receive analyzed data that allows us to track our progress which helps us assess our efforts,” said Amy.

“I’m so grateful to Akron Children’s and the PICU team for being on top of things,” said Wendy. “They have saved Madelyne’s life many times and for that I am forever grateful.”