a a a
skip to main content
akronchildrens.org
Home > Inside Blog > Patient Stories > UA senior spends summer doing research alongside doctors who saved his life 4 years ago

As a member of Akron Children’s Hospital’s Summer Pediatric Research Scholars Program, Shem Miller spent his summer rounding with doctors and working on a research project in the PICU.  He’ll be graduating college and plans a health care career. Quite the difference from four years ago, when he arrived at this same hospital by helicopter fighting for his life.

That August day, Shem, then 16, was working a summer landscaping job. He was on a stand-behind lawn mower driving it along a rural road to a job site in Wayne County when an elderly driver plowed into him from behind. Photos from the accident suggest the car pushed Shem into the mower, with him then hitting the hood of the car, his head cracking the windshield and then his body rolling off the car onto the pavement. Both legs were severely injured with multiple fractures and he suffered a level 3 traumatic brain injury.

Shem has had 20 surgeries in total, including surgeries immediately after the accident to relieve the high pressure in his brain, and with plastic and orthopedic surgeons repairing damage to his face, limbs and torso.

“I was pretty much hanging on a thread,” said Shem, who grew up in Sterling and graduated from Norwayne High School. “They started working on my legs and my brain pressure started going way up. So, Dr. Tsulee Chen and the neurosurgery team stepped in and performed a craniectomy, removing a portion of the skull to relieve the growing pressure in the brain.”

Shem’s legs – which would later be rebuilt by Dr. Todd Ritzman, chair of Pediatric Orthopedic Surgery, and Dr. Eric Miller, an orthopedic trauma surgeon at Summa Health  – would temporarily be put in splints and he would spend weeks in and out of a medically-induced coma. 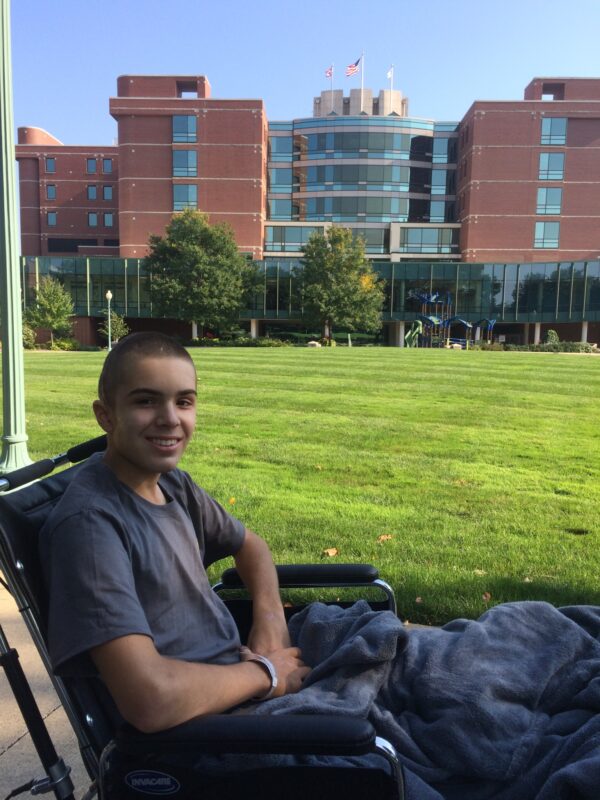 This photo was taken a few days before his discharge from Akron Children’s, after several surgeries and weeks in the PICU.

After lots of intensive therapy, Shem has made a remarkable recovery. Except for a few more headaches than he had before the accident, he has no major lasting effects from the traumatic brain injury. His legs – bearing rods for extra support – have recovered fully enough for him to walk, swim, run and even hike mountains and canyons without pain. 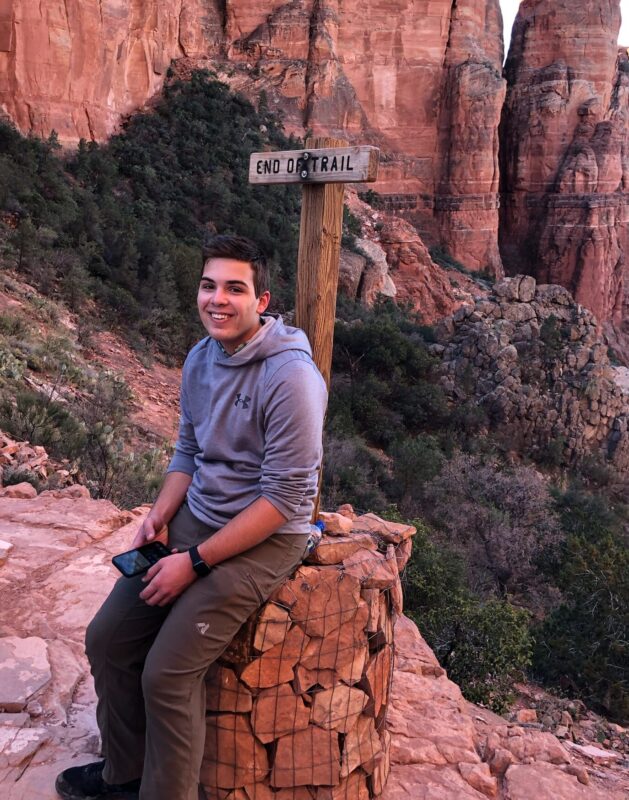 Shem (shown here, hiking in Arizona) has made a full recovery and now plans a career in healthcare.

As part of the SPRS program, he has been working with PICU physicians Drs. Christopher Page-Goertz, Bryan McKee, and Ryan Nofziger on a retrospective study looking at children who have had tracheostomies and the factors affecting their length of stay in the PICU.

“We are looking at medical and external factors, like the availability of home health care and step-down units able to take children with trachs, from a quality improvement perspective and how we can shorten lengths of stay and reduce costs,” said Miller. 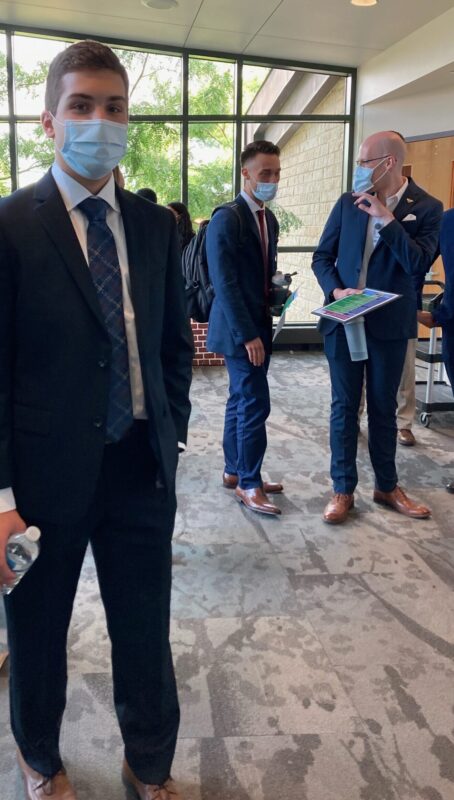 Shem presented his summer research in the Considine Auditorium with other SPRS participants.

Shem is included as an author and the abstract has been submitted to the Society for Critical Care Medicine for review and publication.

When he graduates from the University of Akron in the spring, he plans to pursue a health care career. Right now, he is still weighing a physical therapy vs. a physician assistant track. As part of the SPRS program, he has been able to shadow pediatric plastic surgeons, neurosurgeons, orthopedic surgeons, critical care specialists and others.

“I’ve tried to get around to spending time with all of the doctors who cared for me when I was in the hospital,” said Shem. “So that’s been really neat.”

Having Shem work alongside them as a summer research scholar has meant just as much to those providers who first “met” Shem when he was anesthetized in the OR or PICU and his prognosis was far from certain.

Dr. Ritzman said it is incredibly rewarding to see a patient make such a full recovery after suffering such severe injuries.

“We feared he might lose both legs,” said Dr. Ritzman. “So, to see him walking around the hospital with normal function is just so fulfilling. But what’s even more exciting is to see him now motivated to join the health care team.”

“Shem is a great example of the reason we all show up to work every day,” said Kelly Wiseman, a neurosurgery physician assistant and co-director of the SPRS program. “We want to help our patients reach for their dreams.” 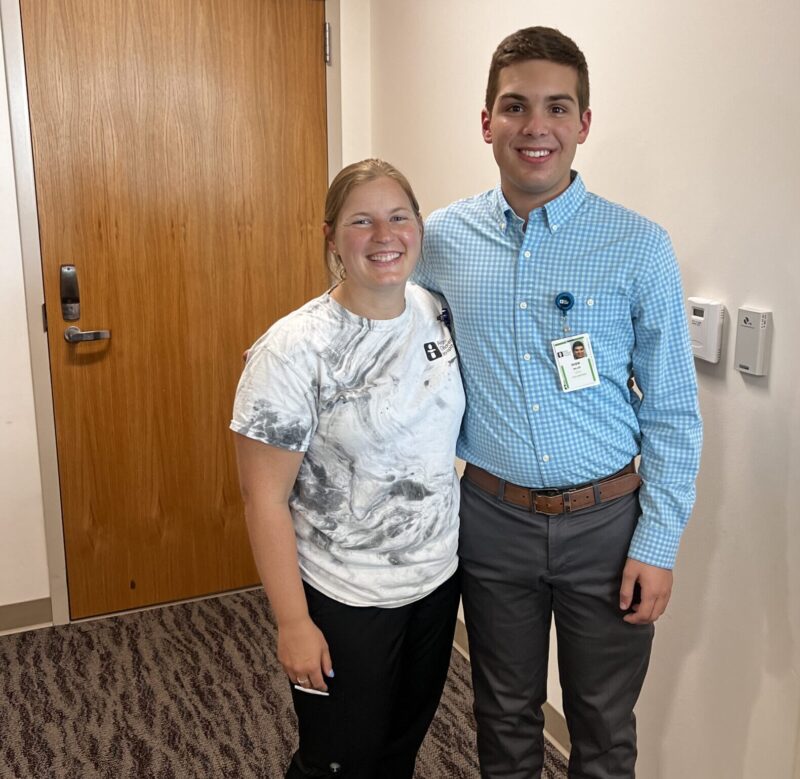 Shem got to work with Morgan Houser, RN, who works in Surgery but worked in the Burn Center, when he was a patient. 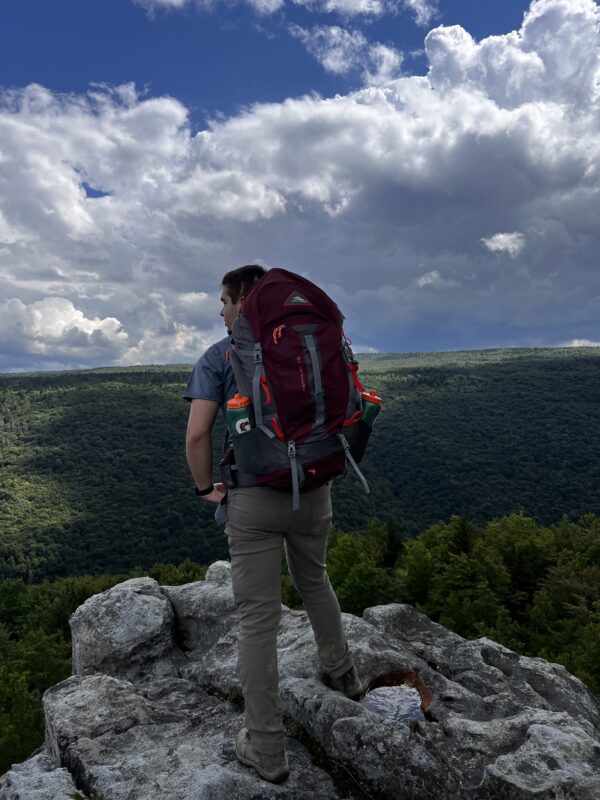 Cancer patient's beach-inspired tree is small in stature but big on love
A gem of a gift
9 Ways to help children manage anxiety about returning to school
Ballet helps Lily connect, share her story
Patient designs socks to express feelings for eosinophilic gastroenteritis