a a a
skip to main content
akronchildrens.org
Home > Inside Blog > Patient Stories > Surgery to treat ulcerative colitis allows teen to return to school for senior year 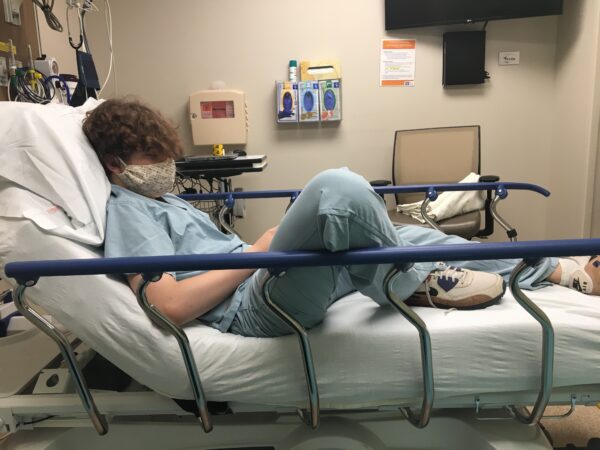 Wyatt receiving a transfusion at Akron Children’s as part of his treatment.

For over a year, 17-year-old Wyatt Mullins had been experiencing severe gastrointestinal issues and abdominal pain that frequently left him bathroom-bound. An active teen who played baseball and wrestled, his health woes often left him writhing in pain.

“I took him to his primary care doctor at least a dozen times in a year,” said Cecily Mullins, Wyatt’s mom. “We tried eliminating things from his diet like sugar, gluten or other foods to no avail.”

Unable to get a definitive diagnosis from their pediatrician, Cecily turned to Akron Children’s Hospital’s gastroenterology department for help.

“I brought Wyatt in for an appointment in early 2020 with Stephanie Mullin, nurse practitioner. She ordered blood tests and an ultrasound to see if we could get some idea of the cause of his issues,” Cecily said. “On the drive home from that same appointment, Stephanie called and said to come back to the hospital because Wyatt’s iron count was dangerously low.”

After being admitted and undergoing more tests, it was determined that Wyatt had a slow bleed brought on by ulcerative colitis, a type of inflammatory bowel disease that happens in the colon. He was also eventually diagnosed with a co-existing condition known as primary sclerosing cholangitis (PSC), an autoimmune disease that affects the bile ducts in the liver. 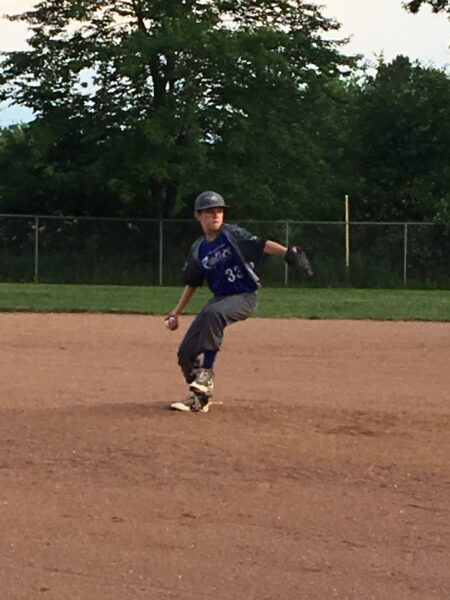 Prior to his diagnosis and surgery, Wyatt played baseball for Rootstown High School.

While in the hospital, Wyatt received IV infusions of iron and his gastroenterologist, Dr. Kevin Watson, prescribed immunosuppressant medications to help stop the inflammation.

“Wyatt was originally started on steroids, which he was very responsive to, but unfortunately his symptoms reoccurred when the steroids were weaned,” said Dr. Watson. “He has also been trialed on mesalamine, topical budesonide, infliximab and vedolizumab which initially offered some relief in symptoms, but then returned and worsened.”

After very little success with medications, the decision was made to perform a colectomy (surgical removal of all or part of the colon).

“In severe cases of ulcerative colitis that don’t respond to medical treatment, colectomy may be the only treatment option. Ulcerative colitis, by definition, only affects the colon so colectomy could be considered curative for this condition,” said Dr. Watson. 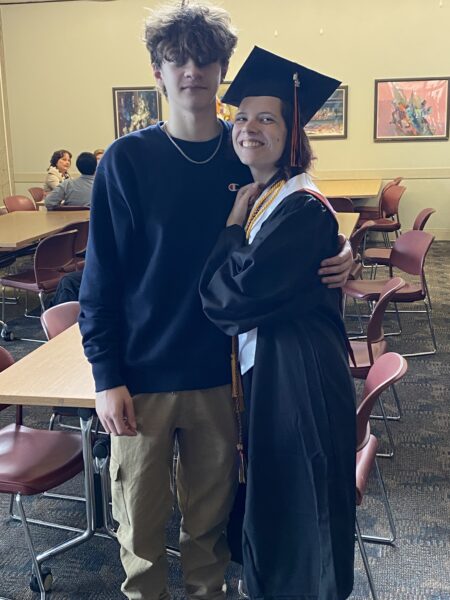 Wyatt, with his sister, Corrina, at her college graduation last May.

“A colectomy is not a decision that is made lightly. After much discussion with Wyatt, his family and our surgical colleagues, we felt this was his best option,” he added.

“The family and I discussed 2 surgical options,” said pediatric general surgeon Dr. Scott Boulanger, who performed Wyatt’s colectomy. “The first was was rectal sparing colectomy and the second was removing both the colon and rectum and giving him a J-Pouch. Given his young age and active lifestyle, the first option was chosen as it has fewer complications.”

Wyatt’s colectomy was performed in Aug. 2021. Now, over a year later, Cecily has seen definite improvements.

“Wyatt still has some urgency and frequency issues with the bathroom, but he is no longer in pain,” she says.

Wyatt continues to see Dr. Watson every 3 months for follow ups. He also sees a liver specialist and nutritionist for his PSC. After being out of school for 1.5 years due to his medical issues and COVID, Wyatt has returned in person to finish out his senior year at Rootstown High School. Currently, he takes Aminosalicylic acids, or 5-ASAs, to help limit the production of certain chemicals in his body that trigger inflammation. He also takes vitamin D and calcium to help reverse bone loss that resulted from his steroid use.

“Wyatt has done very well with all that he’s been through and remains very positive. He’s continued to gain weight and grow well (he’s now over 6’ tall!),” said Dr. Watson. “Most of his symptoms have completely resolved or greatly improved. There are still some things we continue to work on, but overall, he has done great and I expect him to continue to get better.” 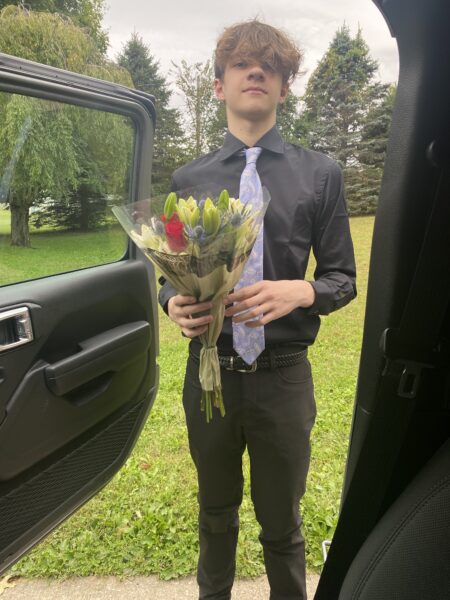 “I have been over-the-top happy with the care Wyatt has received at Akron Children’s,” says Cecily. “They do an amazing job accommodating our schedule and getting us in. And, Dr. Watson has a way of talking to Wyatt that makes him very relatable.”

If your child is experiencing symptoms of inflammatory bowel disease, visit us online for more information or call 330-543-2778 to set up an appointment with one of our gastroenterology providers.

New parent survival guide: 5 tips to help you de-stress
Teen affected by transverse myelitis navigates school with help of Akron Children’s nurse
Up in the Air about Flying with Your Child with Diabetes? Read These Tips.
Josie gets the care she needs even during a pandemic
Urgent Care online scheduling is now available