When Stacey Dickson started feeling unwell, she didn’t think it would result in the early birth of her son. What began as a nagging pain in her back between her shoulder blades progressed into life threatening high blood pressure. After consulting with her obstetrician, Stacey went to Mercy Health – Lorain’s labor and delivery triage unit for evaluation.

Once settled in a room, Stacey’s care team began talking about delivering her son early. This, combined with a positive COVID test she received in triage, made Stacey feel very anxious.

“We weren’t prepared for all of this,” she said, adding she had to ask her fiancé Matt and a friend to pack her a bag and bring it to her at the hospital. 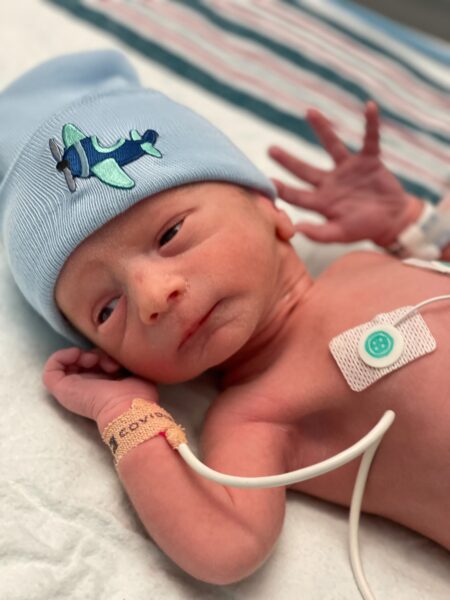 Ryder was taken to the Akron Children’s Hospital Special Care Nursery, located inside the Mercy Health – Veard Family Birthing Center. Through a partnership between the two health systems, the nursery is staffed 24/7 with Akron Children’s doctors and Mercy Health nurses who specialize in treating newborns.

Stacey’s positive COVID test result kept her from visiting with her baby in the Special Care Nursery. “That just killed me,” she said. “I went home without my child.”

A few days after discharge, Stacey began to feel unwell again, and was admitted to Mercy Health – Lorain due to high blood pressure.

Through everything, Stacey continued to pump breast milk for Ryder – and Matt delivered it to the Special Care Nursery. The nurses kept her updated on Ryder’s progress daily, arranging video calls so she could see and check in with her son.

“I can’t thank them enough,” she said. “They took such special care of my son. I still email them photos of him.”

When Stacey was hospitalized, the Special Care Nursery team worked to get her breast milk down to the nursery.

“Nurses would come up to my room and pick it up,” she said. “And once we went home, Matt would just give it to one of the nurses who was just a phone call or email away.”

When Stacey had milk ready, she just had to let the team know and someone would come down and meet Matt.

“It was super convenient. They were really on top of the ball. Even when I went back into the hospital that weekend, they made sure I had a pump in my room. The nurses on that floor would make sure somebody would come pick it up and I was in constant communication with the Special Care Nursery. It worked out perfectly. The communication with everyone down there was awesome,” she said.

Once he was discharged from the hospital, Ryder became a patient at the Akron Children’s Amherst Health Center. In addition to his care in the Special Care Nursery, Ryder needed to be seen for an irregular heartbeat. Cardiology specialists at the Amherst Health Center were able to do an EKG, provide him with services and interpret his results, saving the busy family a trip to Akron. Ryder also sees a pediatrician at the health center. 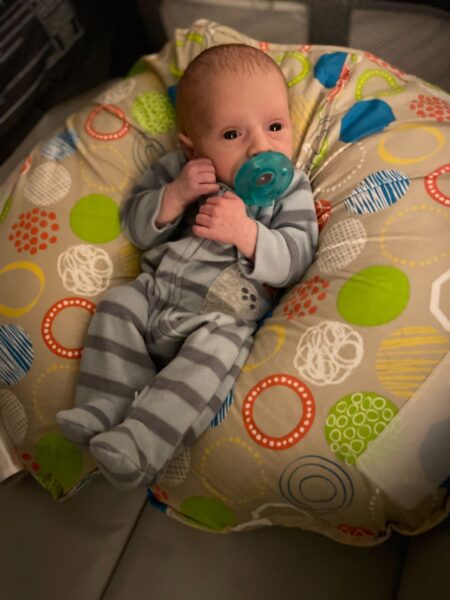 “It’s really convenient for us to have all the services we need close to our house,” she said of the health center.

“They helped so much. They were able to reach up the ladder and say, ‘This is what’s going on.’ Everything went smoothly and they really went to bat for me, making sure the right people knew what was going on,” Stacey said.