a a a
skip to main content
akronchildrens.org
Home > Inside Blog > Cancer and Blood Disorders > Jersey contest hits home for hematology patient 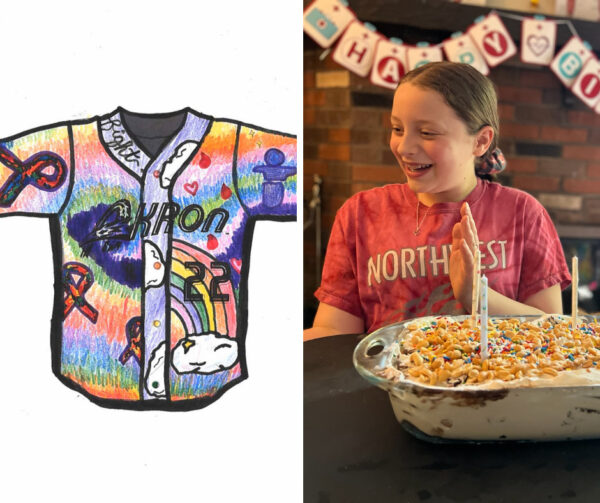 Brooke celebrated her 13th birthday in good health and with a phone call that she won the Rubber Ducks jersey design contest!

Brooke Barkan (13) from Canal Fulton will be beaming with pride on Aug. 12 as the RubberDucks baseball team takes to the field in a jersey she designed as part of the Showers Family Center for Childhood Cancer and Blood Disorders’ annual patient celebration event. The RubberDucks selection team chose her design out of 42 entries, double the amount the committee typically receives.

“I was really passionate about this project and wanted to design something that represented all the different types of cancers and blood disorders so I chose tie dyed colors as the main feature,” said Brooke. “I also used rain drops and a rainbow to represent blood disorders and included words like hope and fight because it’s really what you need to get through it.”

Brooke’s inspiration for the design came from her own experience as a patient and from the children she saw on her floor during her stay. 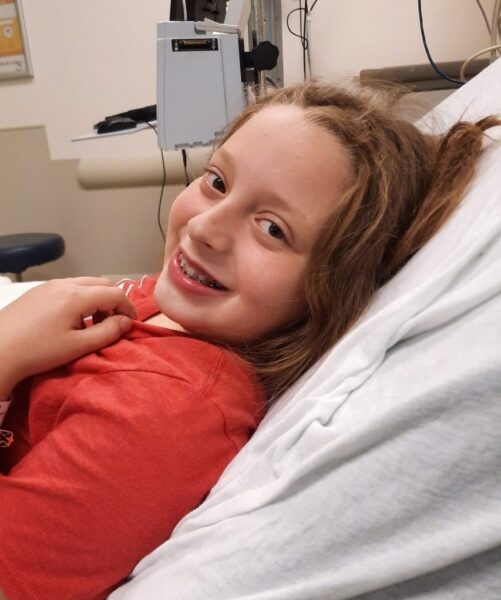 In September, Brooke’s sister noticed a large patch of bruising on Brooke’s side. A trip to the ER turned into an over night stay, a diagnosis and treatment plan.

“They took me straight to a room to run some blood tests and an hour later the doctor said I had ITP (immune thrombocytopenic purpura),” said Brooke. “I had no idea what that meant, but I did understand when he said there was a chance I might not be able to play sports ever again.”

ITP is a blood disorder where there’s a decrease in the number of platelets in the blood. Platelets are cells in the blood that help stop bleeding so it can cause easy bruising, bleeding gums and internal bleeding. In children, ITP may happen following a viral infection or with certain medications or vaccinations.

Brooke’s platelet count was dangerously low. Normal platelet count is in the range of 150,000 to 450,000 and Brooke was at 3,000. Daniel Pettee, DO, pediatric hematologist-oncologist at Akron Children’s, recommended one infusion to help boost her count and possibly more depending on how Brooke’s body responded. 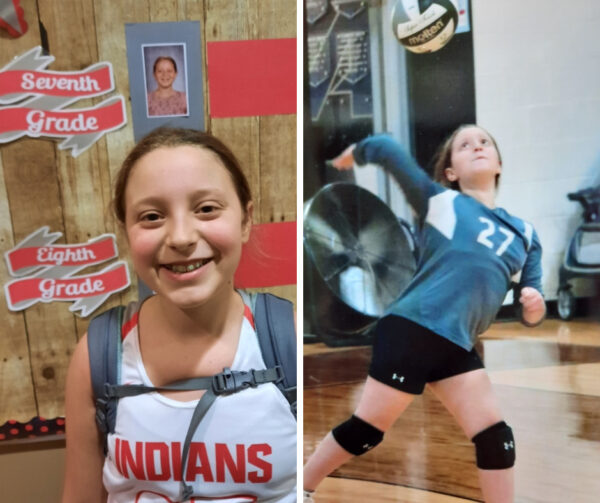 Brooke is a dual sport athlete so she was thankful when Dr. Pettee released her to play just in time for her championship volleyball game and the start of basketball season.

ITP may be acute and resolve in less than 6 months, or chronic and last longer than 6 months. For Brooke, her body had an immediate response to the infusion. Her numbers went up from 3,000 to 15,000 by the next day and continued to climb over the next month.

By October, Brooke was cleared to play volleyball, her favorite sport, and just in time to play the last 2 games of the season.

“I did 2 winning serves to help my team win the championship,” said Brooke. “I was really excited to play, but the best news came in January when Dr. Pettee said I had recovered. I know this was because of the many family and friends praying for me. I believe God healed me from ITP.”

Brooke’s experience not only inspired her winning jersey design, but also her goals for the future.

“I had so many wonderful nurses throughout this process…my goal is to be a pediatric hematology/oncology physician or nurse when I grow up,” added Brooke. 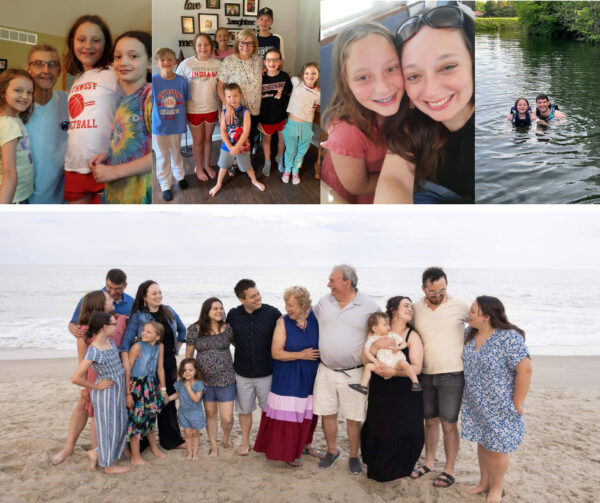 Brooke recovered from ITP thanks to support from her family, prayer and her care team at Akron Children’s.

Brooke’s mom is equally touched by the experience.

“The nurses and hematologists are wonderful. They had empathy for what we were going through and it showed in how they cared for our entire family,” said Rachael Barkan, Brooke’s mom. “It’s a neat blessing that Brooke won the contest and it’s really caused her to think about the kids she saw at the hospital who are still fighting …We are profoundly grateful for all the people who have been part of Brooke’s journey.”

You can see Brooke’s jersey design featured on players at the RubberDucks baseball game on Friday, Aug. 12 at Canal Park stadium. Tickets to the game are on sale here.