a a a
skip to main content
akronchildrens.org
Home > Inside Blog > Patient Stories > ASCEND intern shares her experience as a kidney transplant patient 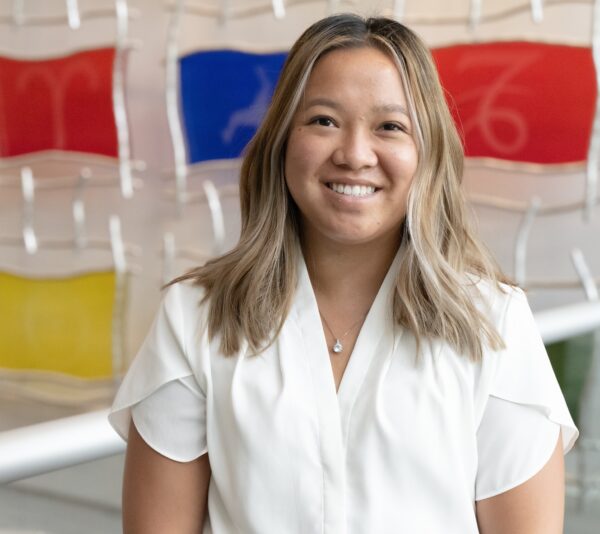 Aliyah says participating in the ASCEND program has been the highlight of her nursing school experience.

As a child, Aliyah Torgler, age 21, says one of her favorite play activities was carrying around a toy doctor’s bag and taking people’s temperatures.

“Although I didn’t know it then, I would go on to have many experiences with health care providers, and I think that helped influence my decision to go into the nursing field,” she says.

Currently a senior nursing student at The University of Akron, Aliyah is also a nursing intern in Akron Children’s Hospital’s ASCEND program (Assuring Success with a Commitment to Enhance Nurse Diversity), a 10-week, full-time summer program for nursing students that provides professional development, nursing skills and the potential for future employment.

While in middle school, at the age of 13, Aliyah started noticing unexplained bruising all over her body as well as extreme fatigue.

“My mom knew this wasn’t normal, so she took me to the doctor,” she says. “It turns out my lab results were so terrible the doctor assumed the lab had made a mistake and had the tests re-run.”

When the new tests showed the same result, Aliyah was told to go to Akron Children’s for a blood transfusion in the emergency department.

“Further tests showed I was in acute renal failure, and I was admitted to the pediatric intensive care unit (PICU),” she says. “At that time, I had no idea how sick I was.”

Once she was stabilized, she started hemodialysis 2-3 times a week.

“It was hard because I was only in school 2 days a week and I was about to start high school, so I was missing lots of work,” she says. “I had to work hard to keep my grades up.”

Eventually Aliyah was put on peritoneal home dialysis that would run through the night while she slept. This meant she no longer had to go into the hospital to receive dialysis and it also meant she wouldn’t have to miss school.

“At 8 p.m. every night I would hook myself up to it and watch Netflix and do my homework,” she says.

All this time Aliyah was also on the United Network for Organ Sharing transplant list waiting for a suitable donor. After about 9 months, a family friend stepped up to be her donor. In 2015, Aliyah received her new kidney.

“Once you get transplanted, you are trading one circumstance for another,” she says. “I still have to manage my health daily and take medications, immunosuppressants and supplements.” 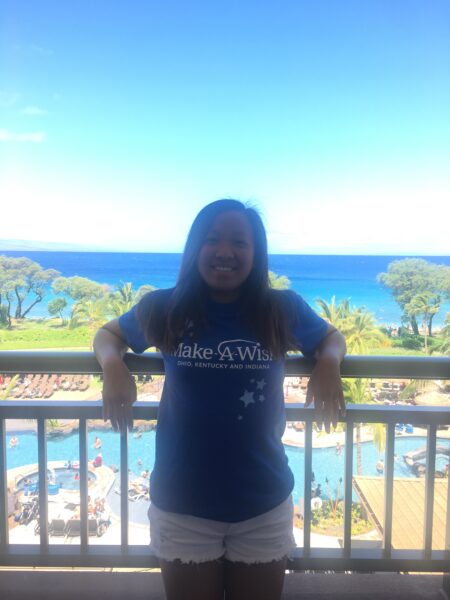 Aliyah was granted a trip through Make A Wish to Hawaii a year after her transplant. It was about 5 days long and I went to Maui. There was plenty of relaxing as well as experiencing and exploring the Hawaiian culture.

Although she wasn’t allowed to play contact sports, Aliyah went on to run cross country for 2 years at Jackson High School.

A patient of Akron Children’s nephrologists Dr. Shefali Mahesh and Dr. Rupesh Raina, Aliyah has only experienced one bout of rejection in 2019.

“I hadn’t been feeling well and had a fever and pain over my kidney,” she says. “They admitted me and put me on high-dose, anti-rejections meds.”

In 2020, during the height of COVID, she was again hospitalized in the PICU for necrotizing pancreatitis.

“I was having excruciating stomach pains and a slight fever. I was also very out of breath and had a high heart rate,” she says. “I had to be intubated for a few days, it was quite scary.”

Since then, the only time Aliyah has found herself at Akron Children’s (outside of routine doctor appointments) has been for her nursing internship where she works alongside the same people who took care of her when she was a patient in the PICU.

“The ASCEND program has been the highlight of my nursing school experience,” says Aliyah. “I could not have asked for a better unit than the PICU. The staff and my mentors have all been so helpful and welcoming. I am so excited to be staying on as a nurse tech and hopefully as a RN when I graduate next spring.”

Akron Children’s feels like home to Dr. Paulin
Annie's Super Strength
CNP Marlene Thompson doesn’t shy away from a challenge, especially when it comes to kids
New pediatrician Dr. Andrea Sims is thrilled to call our Fairlawn office home
Madalynn Shanks has a message for Gen Z about IBD