a a a
skip to main content
akronchildrens.org
Home > Inside Blog > Patient Experience > As with mostly everything else, siblings embark on their weight loss journey – together 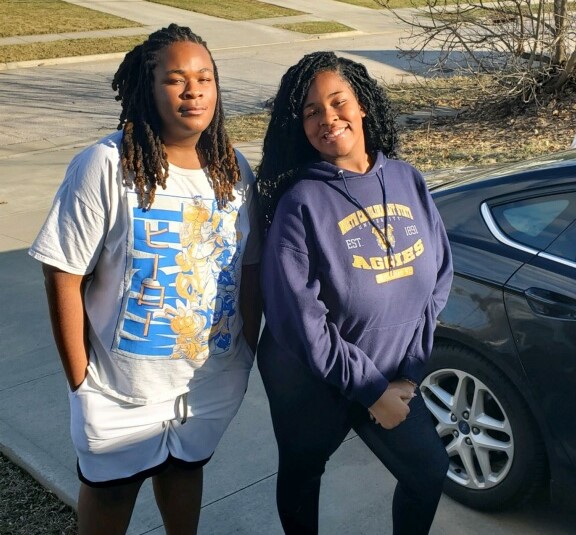 It would be difficult to find a brother and sister closer than Lorenzo and Zaryiah Haynes.

Just 19 months apart in age, they have always been each other’s best friend. They attend the same Akron high school and share the same interests in entertainment and sports. They laugh at the same jokes and like the same foods. They have also shared the same years-long struggle with weight. 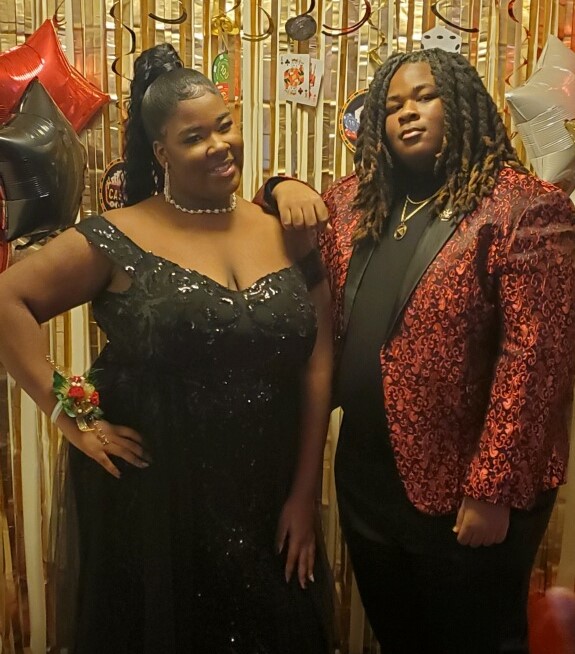 So, together, they joined Akron Children’s Hospital’s Healthy Active Living Program in March 2021 and, together, they made the decision to go through bariatric surgery. They, in fact, entered the operating room together on the same day in December in back-to-back OR slots.

“What stands out to me about Zaryiah and Lorenzo is how incredibly supportive they are of each other,” said Dr. Marnie Walston, medical director of Akron Children’s Healthy Active Living Program. “The energy is so positive between them as they give each other high fives and cheer for each other’s successes. One of the key things that helps any patient working on weight management is robust family support, and the Haynes family really takes that to the next level.” 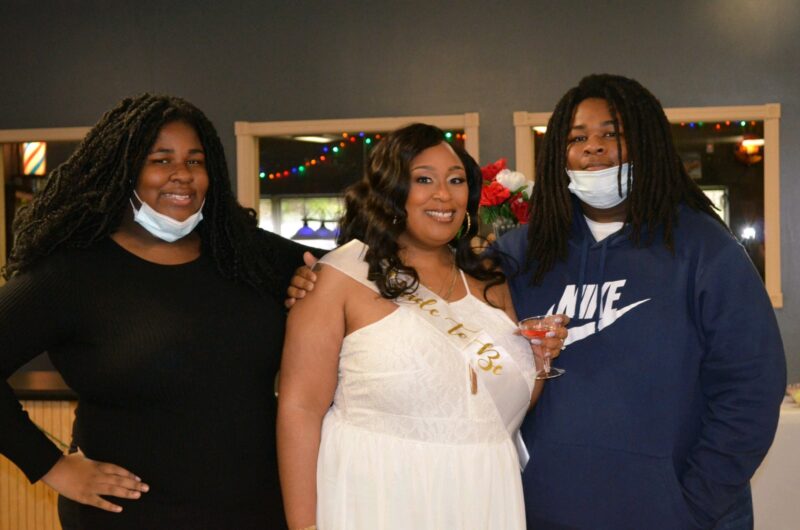 Kaneya Foster, with Zaryiah and Lorenza at her bridal shower in 2021. She has been fully supportive of their journey to a healthier future.

Despite efforts to eat healthy and live active lifestyles, Lorenzo, now 16, and Zaryiah, now 14, met the definition of clinical obesity due to a combination of genetics and medical issues, said their mother, Kaneya Foster. Then, it became a circular effect with the weight contributing to more health concerns. Lorenzo experienced knee and joint pain and Zaryiah’s asthma worsened.

“They come from a family of tall people, and as they got older, their weight kept increasing despite their activity level – or taking actions like eliminating juice and pop,” said Kaneya. “I tried to do what I could and they tried to do what they could – Lorenzo played baseball and volleyball and Zaryiah danced and played softball – but they were always just the bigger kids on the team.”

But as Lorenzo increasingly talked about his pain, Kaneya said, “You are too young to feel like that. At this age, you should be able to run and play and not be sore.”

Seeing a news story about a local high school girl who was one of the first to undergo pediatric bariatric surgery at Akron Children’s prompted them to seek care.

In addition to Dr. Walston, the siblings met regularly with a dietitian, pediatric psychologist, exercise physiologist and other experts to learn strategies and to make sure they were committed as a family to all the steps required of patients pre- and post-surgery.

“We commonly have parents and teens who are working towards weight loss surgery at the same time – the disease of obesity has strong genetic links – but this is the first time we have prepared siblings to have the procedure together,” said Dr. Walston. “Their mom has been a tremendous support for them as well and has had a clear vision about wanting to help her children be as healthy as possible from the start.”

After discussing with Dr. Walston and pediatric surgeon Dr. Mark Wulkan about what’s involved with the gastric sleeve surgery, Kaneya sat down with Zaryiah, then 13, and Lorenzo, then 15. She felt they were mature enough to make their own decision.

They had questions about scars and missing school but ultimately decided the surgery was the path to living a longer and healthier life.

On the day of surgery, Zaryiah went first at 7 a.m. Her first words in the recovery room, where “Where’s Renzo? I love him.”

“After Lorenzo woke up from his anesthesia, his first word was, ‘Zaryiah?’ I told him she was fine,” said Kaneya, “and he went back to sleep. They were about three rooms apart so it was a lot of running back and forth.” 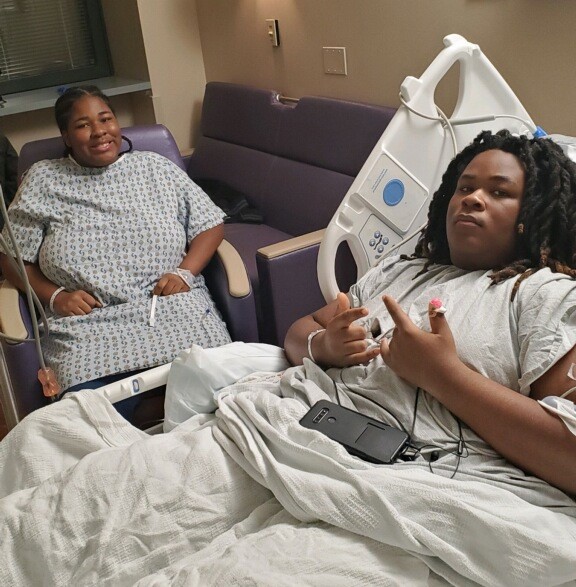 The siblings went into the OR in back-to-back slots and asked about each other after awakening from anesthesia.

Three months post surgery, life is falling into a “new normal.” The siblings eat smaller meals that feature lean proteins, vegetables and whole grains. They feel full after eating much less food. A hamburger today will typically be made of ground turkey – with all the condiments – but no bun.

The surgery and lifestyle changes have so far resulted in a loss of more than 40 pounds for each sibling.

“They are staying within a pound of each other in the weight loss,” said Kaneya. “It’s amazing. They are just getting started but already feel so much better.”

After returning to volleyball, Lorenzo said, “I feel faster and feel like I can jump higher. And a couple of my team members have told me they think I’m hitting harder and getting more angles when I jump.”

Zaryiah is excited to have already dropped a dress size and finds herself less winded climbing steps. But she admits to having some doubts early on.

“I was very nervous [about surgery] but really happy that I did have my brother there to go through it with me,” she said. “There were honestly times when I was thinking, ‘I can’t do this.’ But having him there to try this new meal, new protein shake or exercise helped motivate me to stay with it.”

Kaneya has no doubt surgery was the best decision for her family. While still waiting for bloodwork, she is confident concerns like fatty liver disease and pre-diabetes have been turned around.

“I am just so proud of them and the courage they had,” she said. “And family members have told me how proud they are of me for guiding them through this. It’s an option not available to previous generations and can be life changing.” 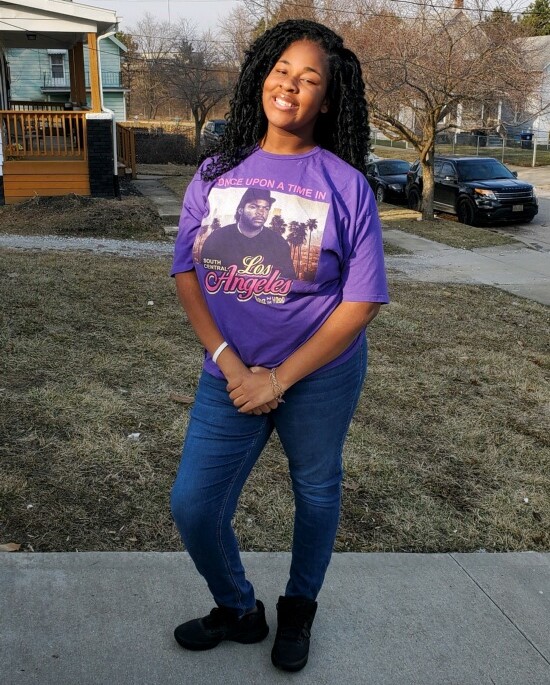 Three months post surgery, Zaryiah’s asthma symptoms are better and she is looking forward to shopping for new clothes. 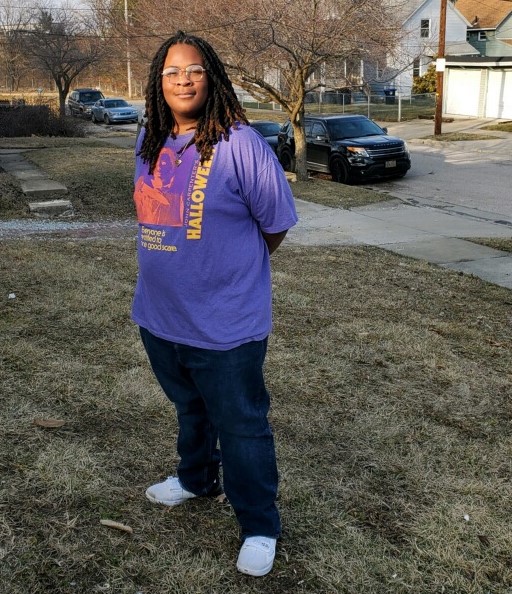 Three month post-surgery, Lorenzo says he has no more joint pain and is happy to see big improvements in his volleyball game.

West Akron teenager gains confidence and independence, one step at a time
Why and when to mask?
Gun safety: Keeping guns out of children’s hands
Getting to know Dr. John Crow, Associate Chief Medical Officer
'Be You at the Zoo,' is a motto kids with tics, Tourette's embrace on special night out