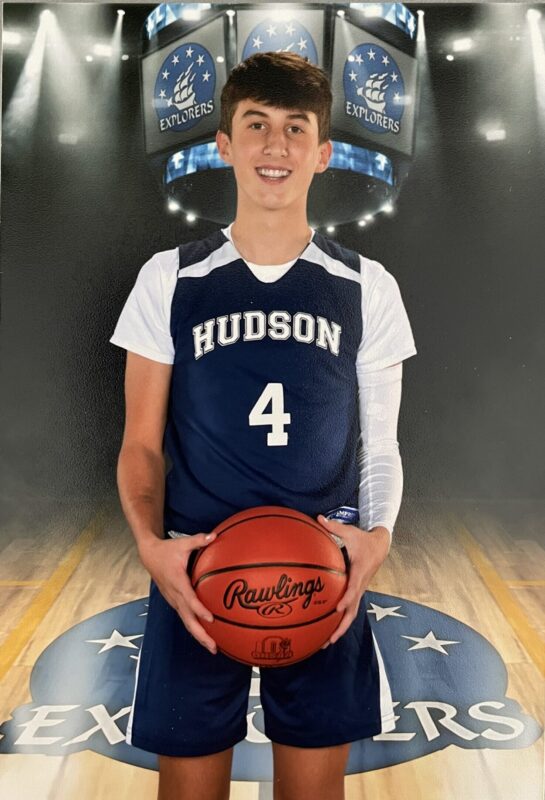 As a mom of a multi-sport athlete, Amy Hitchcock is no stranger to sports injuries. But what she wasn’t used to was a streamlined approach to communicating her child’s injury and plan of care between herself and his provider, coach, school and athletic trainer – that is, until recently.

Hudson Middle School, where her 13-year-old son Gavin attends, recently started utilizing Akron Children’s Hospital’s Sports Medicine Healthy Roster app, a HIPAA-compliant and secure mobile injury documentation tool with live chat and video features. In it, Akron Children’s athletic trainers can streamline injury tracking. Parents and coaches have 24/7 access to an athlete’s initial injury assessment, details on any follow-up care that is needed and updates on when the athlete can safely return to sports.

“Just this past school year, my son suffered a mild concussion during football season and an ankle injury during basketball season,” said Amy. “The trainer immediately created a report in Healthy Roster which allowed me to read all her notes and plan of care.”

“When an athlete is injured, I submit an injury report to Healthy Roster and the parents get an email invitation to sign up and see the documentation,” she said. “I also mention Healthy Roster at the beginning of every season to the parents/coaching staff so they are aware of its benefits.” 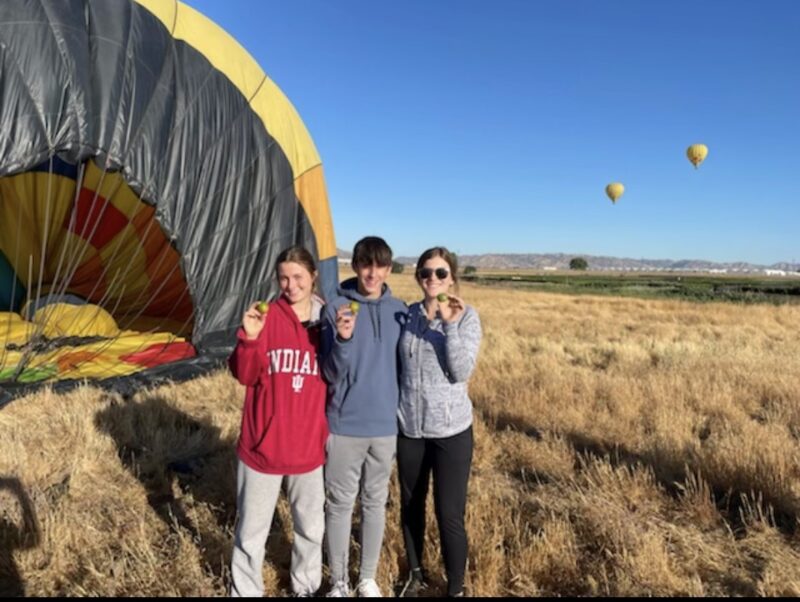 Gavin enjoying a family vacation with his 2 older sisters.

“Parents are able to upload doctors’ notes to me through the app and this makes it easier to update and keep track of their child’s injury/playing status,” she said.

“I find the concussion assessment tools the most helpful on the app, because it’s easier to be out on the field and document at the time of injury with the athlete,” she added. “I also like to use the post-concussion symptom scale on the app so athletes can use the iPad or phone to fill out the questionnaire themselves.”

While some 13-year-olds may need some prodding by their parents, Amy says Gavin is on top of things when it comes to his sports.

“He does what he needs to do because he wants to get back to playing as quickly as possible,” she said.

Amy finds the app useful to communicate with Valerie about how things are going at home. She also finds the reports in the app useful when she needs to verify a date or the timeline of an injury. 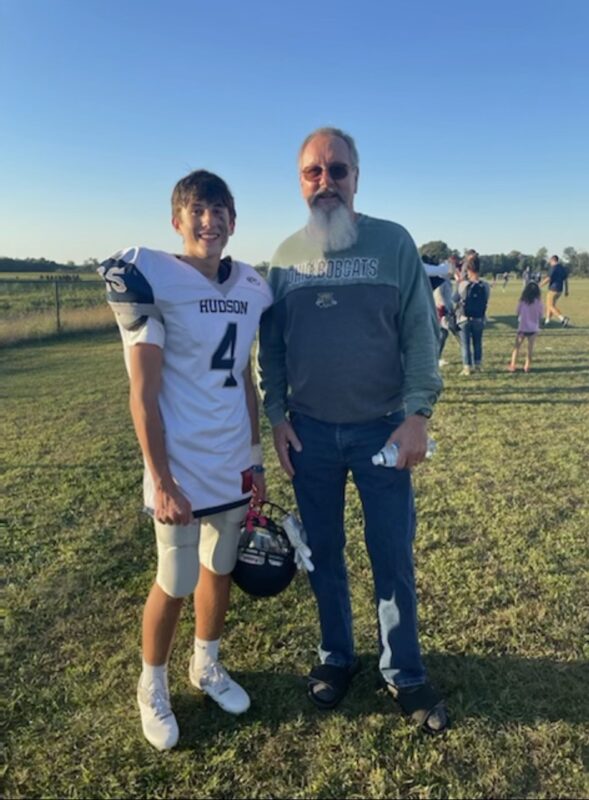 Gavin’s grandfather often travels over 90 minutes to catch his games. They are pictured here after a football win for Hudson.

“It’s nice to be able to easily converse with everyone involved with his care to verbalize if I have a concern that he may be moving too quickly in the return to play process,” she said. “Or, I can say he’s feeling good and wants to work a little harder.”

The app, which is free to parents, is being implemented at the following high schools where Akron Children’s provides athletic training services:

The Healthy Roster app is available for download on Apple and Android devices. School districts interested in more information about Akron Children’s use of Healthy Roster can contact Shay Mulford at 330-543-8463.