a a a
skip to main content
akronchildrens.org
Home > Inside Blog > Patient Experience > Owen saddles up – and up, up, up goes his confidence

It could have been a late birthday gift or an early Christmas gift but, anyway you look at it, spending time riding a horse named Rambo was an experience Owen Culp won’t soon forget. 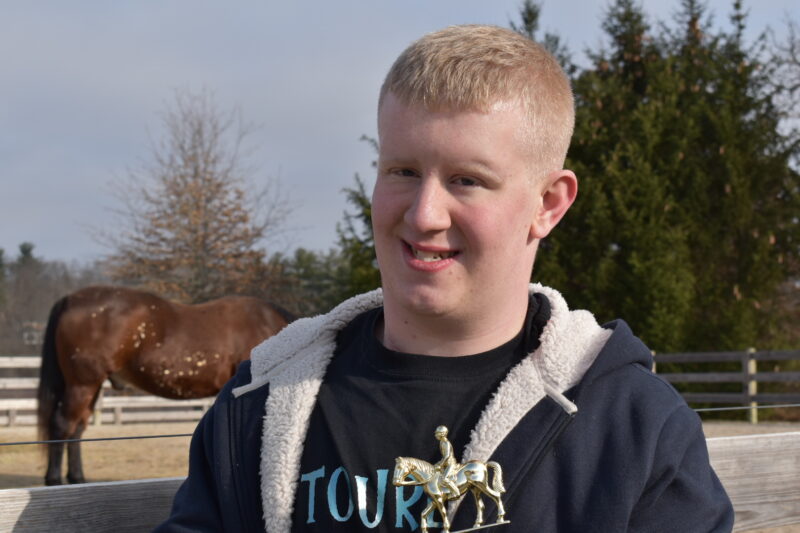 17-year-old Owen Culp overcame some initial fears in his first experience on horseback.

Owen, who turned 17 on Dec. 6, had mentioned to Dr. Katrina Lindsay that he enjoyed caring for a neighbor’s horses on occasion. Owen lives in Bristolville, north of Warren, and attends Trumbull County Technical and Career Center.

In addition to Tourette syndrome, Owen has cerebral palsy.  He was born premature at 28 weeks and struggles a bit with the use of his left hand.

“He was pretty scared to get up on the horse because he was so high,” said his mother, Jill. “He definitely overcame his fear. And once he got up there, he was very excited. You could see the big grin on his face.” 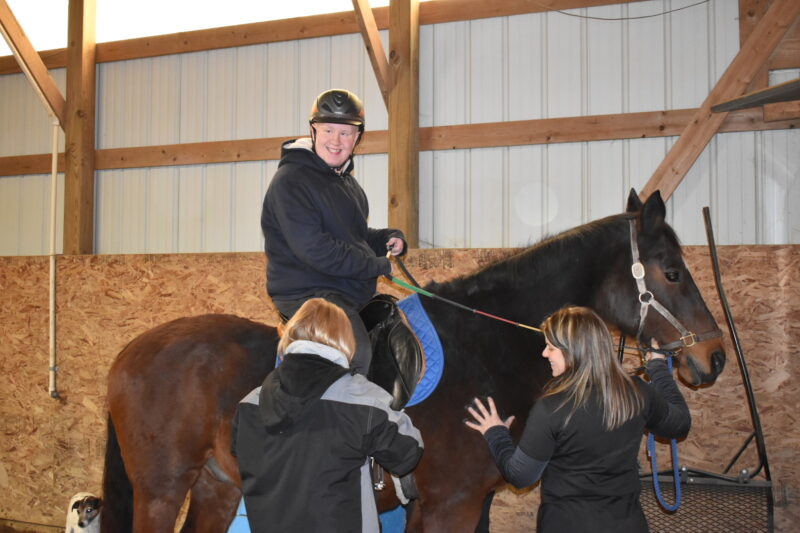 Owen is riding high on Rambo.

And then Victory Gallop owner Sue Miller gave Owen a trophy. That left him “beaming ear to ear,” said Jill.

“To watch Owen become so confident over the course of the morning, and reflect on how his confidence grew in treatment was so special to me,” said Dr. Lindsay.

Owen wore a t-shirt that said “Tourette’s is my superpower,” a phrase Dr. Lindsay frequently shares with her patients.

Children and teens with tics and Tourette syndrome are bright and imaginative, said Dr. Lindsay. They often get very passionate about specific areas of interest.

Owen sports a shirt featuring the phrase, “Tourette’s is my Super Power.”

“We really capitalize on those passions,” she said of her program that teaches cognitive behavioral interventions. “It is in these moments that children can find a true professional or personal calling.”

Dr. Lindsay and Dr. Kathleen Hassara, a pediatric neuropsychologist, met Owen at Victory Gallop and cheered him on as he and Rambo took a few loops around the riding arena. 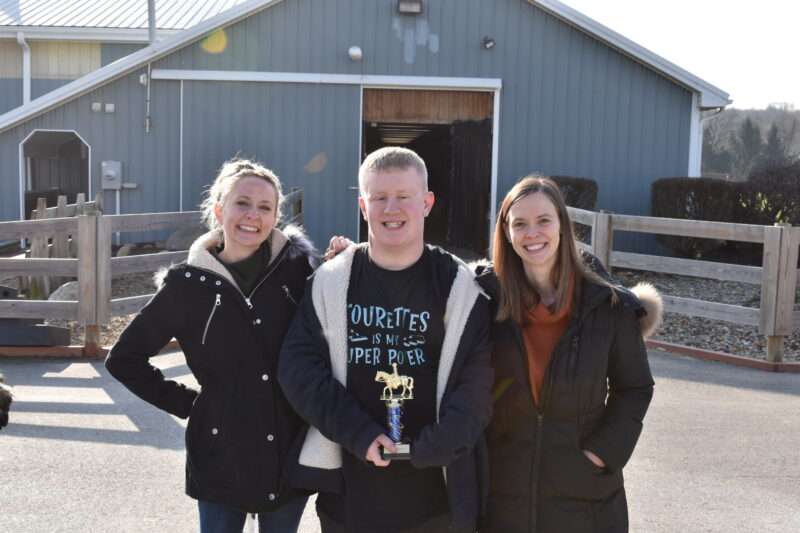 Words like trust, confidence, and empowerment are often used to describe the benefits of therapeutic riding programs like Victory Gallop.

“This was such a wonderful experience,” said Jill. “We are just in awe. Everyone there just worked so well with Owen. We are thankful for all our doctors in Akron Children’s NeuroDevelopmental Science Center – Drs. Lindsay and Hassara and [Jacqueline] Branch. And although not as involved with the Tourette diagnosis, Drs. [Kathryn] Mosher and [Tsluee] Chen are also part of Owen’s team. They are all amazing.” 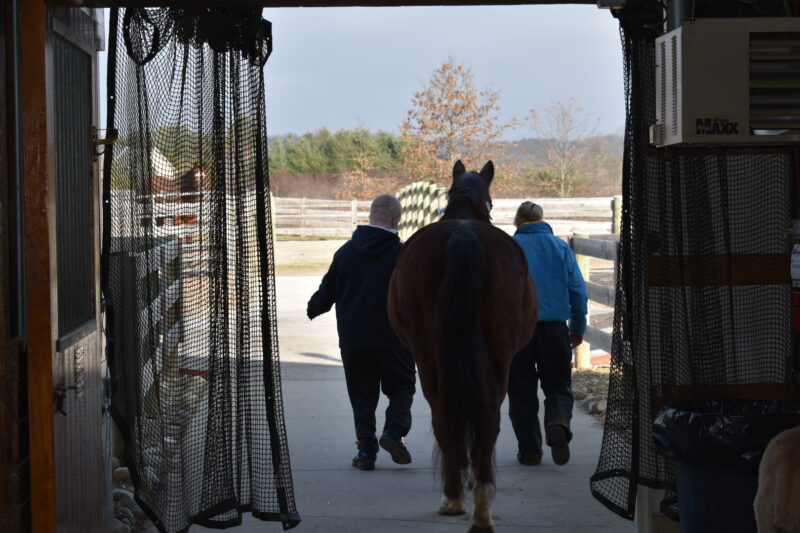 Simple steps lead to extra comfort before outpatient surgery
Protect your baby from UV rays to have more fun in the sun
Planting of pinwheel garden promotes Child Abuse Prevention Month
For Ella, piano and song bring strength
Recipes So Delicious You Won’t Even Know They are Gluten-free