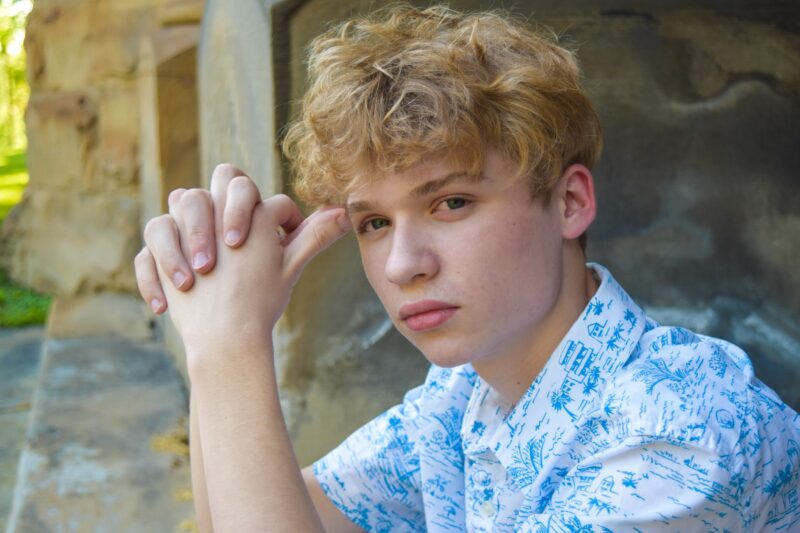 Alex Manda has a condition known as pectus excavatum, a disorder of the chest wall that causes some of the ribs and the breastbone to grow inward.

When Alex Manda was about 9 years old, his parents, Rina and Mick, noticed his chest was slightly caved in, a condition known as pectus excavatum. Pectus excavatum is a disorder of the chest wall that causes some of the ribs and the breastbone to grow inward, forming an indentation in the chest.

“By the time Alex was 12, it had gotten a little worse, but was not severe enough to require treatment. At that point, we were told that surgery would be considered cosmetic and would not be covered by insurance,” said Rina.

During his junior year at Niles McKinley High School last March, Alex started to experience shortness of breath with physical activity. This was due to his sternum and rib cage pushing inward and compressing his lungs. He was referred by his pediatrician to Nathan Heinzerling, MD, a general pediatric surgeon at Akron Children’s, who recommended surgery.

Most cases of pectus excavatum are not severe enough to require surgery and may be improved with bracing or physical therapy. When it becomes worse or interferes with breathing, Akron Children’s uses a minimally invasive technique known as the Nuss procedure to correct it. With this technique, one or more curved metal bars are threaded under the breastbone to lift it into a more normal position, reducing the concave appearance of the chest. The bars are removed after two to three years.

“While the Nuss procedure has been the standard of care for the last 20-plus years, we are using other innovations at Akron Children’s to make this surgery as safe as possible and improve pain management, thereby reducing the need for narcotics after surgery,” said Dr. Heinzerling.

In the operating room, this includes using a special Rultract device that gently and uniformly elevates the breastbone so the metal bar can be safely inserted above the heart. To manage pain, our surgeons use a cryoablation technique that freezes the nerves under the ribs so patients come out of surgery with less pain.

“The use of cryoablation with the Nuss procedure is still fairly unique,” said Dr. Heinzerling. “By numbing the chest wall and improving pain control, we are reducing the need for pain medicine and allowing our patients to go home sooner, usually two to three days after surgery.”

Alex had his surgery last August at age 17. Through the use of cryoablation, he was able to get up and walk on the first day and go home after three days – although he didn’t mind the hospital stay.

“He loved the food,” said Rina.

Once home, patients are able to resume regular activities within a few weeks.

“The only restriction is no contact sports for three months,” said Dr. Heinzerling.

“This wasn’t an issue for Alex. He’s more intellectual and is an excellent student who loves computers and coding,” said Rina. 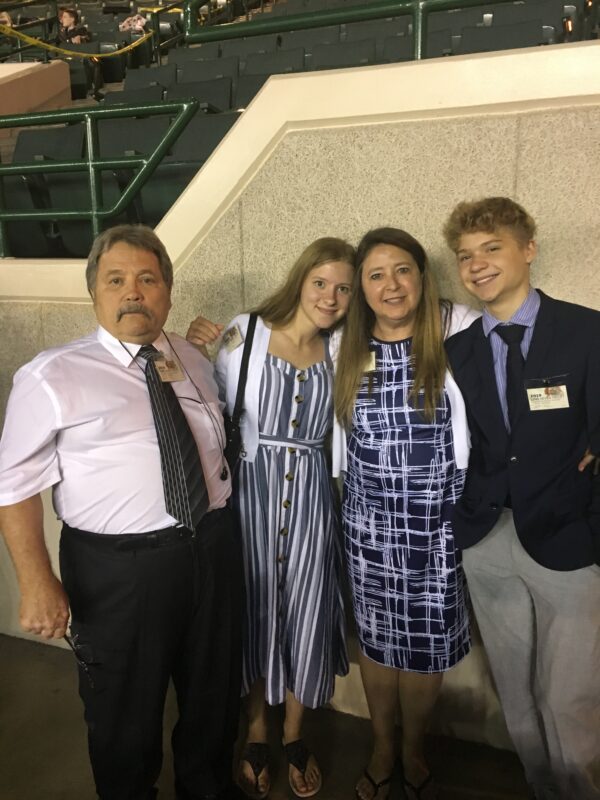 As he finishes his senior year, Alex looks forward to attending Kent State University to pursue a bachelor’s of science degree in psychology and eventually become a psychiatrist. He’s happy with the results of his surgery. His chest looks great and he doesn’t have any shortness of breath. As he continues to heal, he has occasional muscle spasms, as well as minor pain that he manages with Advil.

“We are so glad we found Dr. Heinzerling. Alex calls him a rock star,” said Rina. “When it’s time for the rod to come out in three years, we are happy to know we’ll be able to see Dr. Heinzerling for that, even though Alex will be an adult.”

With hope of a VBAC, we soon welcomed our newest family addition
New PA Christopher Ward enjoys most getting to know patients
Emergency Medicine stole the heart of our newest CNP Megan Foster
Dana quickly jumps to path of healing after trampoline injury lands her in ER, Surgery
Akron Children’s Holiday Tree Festival is a family affair for volunteers