a a a
skip to main content
akronchildrens.org
Home > Inside Blog > Patient Stories > Giving more sickle cell patients hope for a brighter future

When Erika Proctor gave birth to her first child, Lyric Ayers, she had no idea that she carried the sickle cell trait or what having sickle cell disease would mean for her precious baby girl. 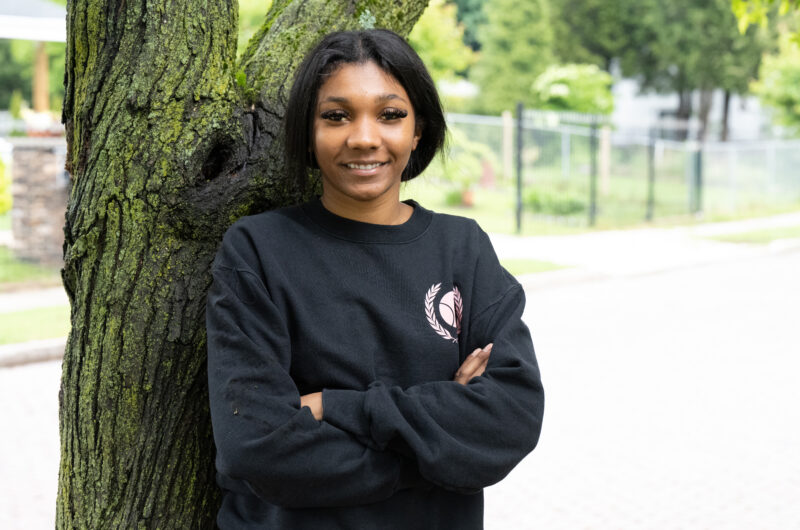 “I was devastated,” said Erika.

She was referred to the Showers Family Center for Childhood Cancer and Blood Disorders at Akron Children’s, where she saw children who were undergoing cancer treatment, prompting even more worry about Lyric’s diagnosis. That fear soon changed to hope as Erika met Lyric’s care team.

“They’ve helped us through some really tough times, throughout all the ups and downs of sickle cell disease,” she said.

Akron Children’s is one of six designated sickle cell programs in Ohio. Lyric is under the care of pediatric hematologist-oncologist, Dr. Stephanie Savelli, but many other members of her care team have also played an important role in helping her live with the disease. This includes nurse Lisa Sidebotham and social worker Joe Delagrange.

“Lisa is the best nurse on the planet, so loving and caring. She’s been my rock. Joe is my go-to for everything. He’s been there to lend an ear and the support he has given me is priceless,” Erika said.

Lyric is now 15 years old and a sophomore at Our Lady of the Elms High School, where she plays volleyball and tennis and is on the track team. For Erika, one of the challenges is keeping her daughter from doing too much and not slowing down when she’s in pain, a common problem in sickle cell disease.

Although Lyric says her pain tolerance is high, sometimes the pain in her arms and legs becomes too much and she must be admitted to receive intravenous pain medication.

“I hate the time away and the side effects of pain medication, but I try to keep a positive mind-set,” Lyric said. “I don’t let having sickle cell disease defeat me or bring me down.”

As she looks toward the future, Lyric hopes to work in the medical field someday, which was inspired by her own health journey. Along with the support of her care team, Lyric is grateful for the supportive people around her, including her mom, two younger brothers, grandmother, aunt and friends.

“Having that positive support means everything to me,” Lyric said.

How to talk with teens about pressures of drug and alcohol use
Down syndrome, leukemia can't stop Olivia DePiore from becoming a sought-after model
Not a second to spare: Quick action and an AED save 5-year-old
How to talk to our kids about racism
After facial fracture surgery, Amherst athlete makes a speedy return to baseball