a a a
skip to main content
akronchildrens.org
Home > Inside Blog > Health & Parenting > How to manage toddler tantrums 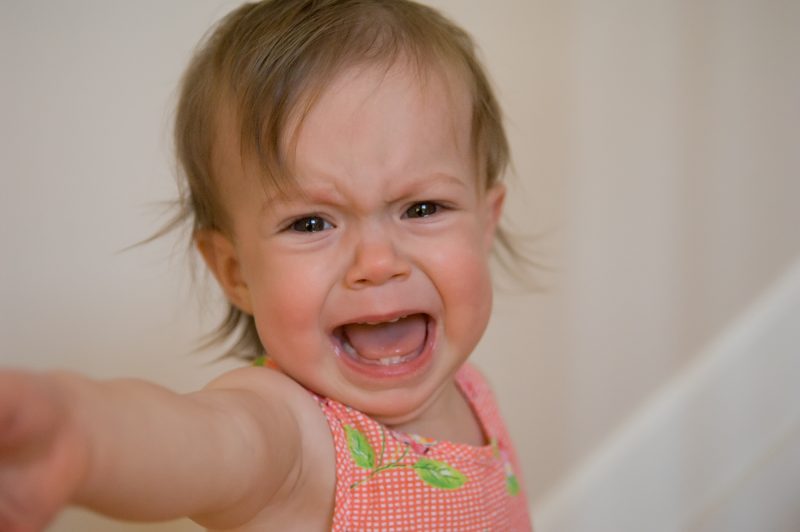 Many parents of toddlers face the same behavioral issues day in and day out. From mealtime meltdowns to bedtime battles to toileting troubles, it seems as if there’s no end in sight for the dreaded T word: tantrums.

“The reality is when anyone acquires a new skill or a new routine, it’s always going to be a bumpy road,” said Dr. Geoffrey Putt, pediatric psychologist and director of outpatient therapy services at Akron Children’s Hospital. “When a child is learning to stay seated at the table or to fall asleep on her own, there’s going to be resistance until it becomes the new normal.”

Parents tend to get frustrated easily, but if you think about it, rarely do people just pick up a new skill and do it. Instead, it’s stressful, time-consuming and a hassle. It’s the same thing with kids. It’s going to take some time to learn it and have it become part of their normal routine.

Planning ahead and understanding it’s a process can lessen a parent’s frustration. Dr. Putt likens it to a birth plan. It’s good to have one, but if you think that it’s always going to go exactly as you planned, you’re setting yourself up for failure.

Also, don’t expect your kids to learn the same way. What may have worked for your first child, likely won’t for your second. You can start with your successes, but understand there are going to be differences in how your children learn.

“These common issues are your child’s first opportunities to really have power,” said Dr. Putt. “Don’t get stuck in power struggles. You can’t make your child eat, poop or fall asleep. But, you can create ideal conditions and enough repetition and structure that eventually your child will do all of these things without a second thought.”

In the meantime, he offers strategies to conquer these top 3 toddler tantrum triggers.

Just one more book, one more hug or a glass of water. Toddlers will give any excuse to delay going to bed. Follow these steps:

“If you say it’s time for bed all of a sudden, your child is likely to throw a tantrum,” said Dr. Putt. “But, if your child knows what the plan is, she may get upset, but it’s less likely to turn into a full-blown battle.”

Getting your toddler to use the bathroom is one of the biggest power struggles parents will face at this age. While we can’t force them to go on the potty, we can set them up for success:

But inevitably, the power struggle at mealtime, bedtime or potty time will take a turn for the worse and your child will throw a fit. When this happens, Dr. Putt suggests planned ignoring is the best tactic for getting through it.

Don’t make eye contact with your child, and don’t engage her. You don’t want to reinforce the negative behavior. If she’s behaving appropriately, be engaged with her and make it fun. If she’s behaving badly, such as talking with her mouth full, ignore it.

“If you don’t react and she’s not getting your attention, she’ll eventually give up,” he said. “But, if you’re yelling or scolding her, any attention promotes that behavior.”

Why You Need to Turn in Unused Drugs, Where to Take Them
Keep an eye on healthy vision habits
Returning fevers could be cause for concern - (VIDEO)
Delaney is now 5 years cancer-free following prompt care by the Pediatric Thyroid Program team
Study finds gestational diabetes could put baby at risk later in life