a a a
skip to main content
akronchildrens.org
Home > Inside Blog > Patient Stories > Canfield student can now breathe easier 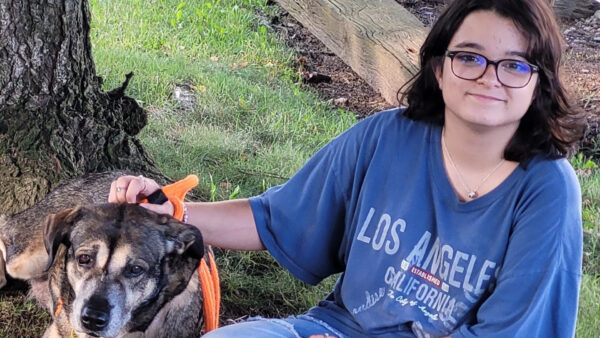 Since starting treatment for asthma, Ellie Horvat feels better and finds it easier to go about her daily routines.

Ellie Horvat, 12, couldn’t catch her breath, even while doing simple activities, like climbing stairs. It started after she contracted COVID-19 in November 2021.

COVID can cause trouble breathing, which concerned Ellie and her mom, Sherri Horvat.

“We worried that Ellie might have lingering effects from COVID because, months later, she still complained about shortness of breath,” Sherri said.

Sherri scheduled an appointment for Ellie to see her pediatrician, Jackie Lickliter, DO, at Akron Children’s Hospital Pediatrics, Boardman. Dr. Lickliter ordered numerous tests, including a pulse oximetry to check Ellie’s blood oxygen level, an electrocardiogram (EKG) and an echocardiogram. The tests can be used to indicate a respiratory problem.

Momentary relief
For the next few months, Ellie’s shortness of breath seemed to be a thing of the past. That is, until school resumed in August 2022 and Ellie became infected with COVID again. 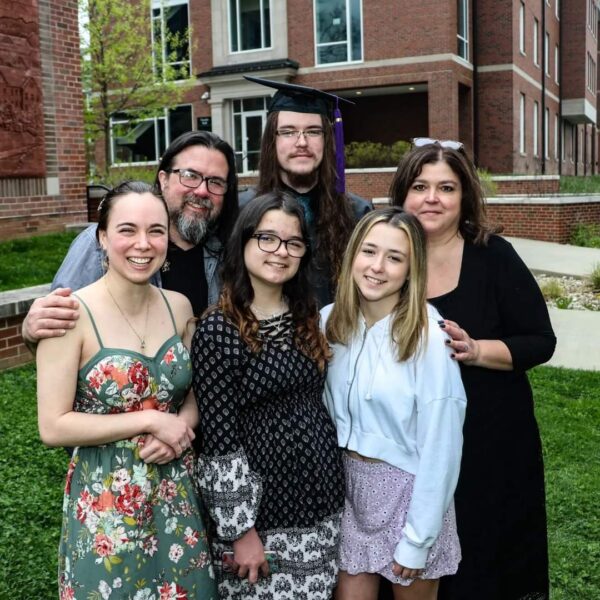 The exam included a pulmonary function test (PFT) to measure Ellie’s lung performance and uncover any abnormalities in her pulmonary system. In the first PFT, Ellie was instructed to exhale and empty her lungs. Then, Ellie received a breathing treatment. When she took a second PFT, her breathing improved, which indicated she had asthma.

“I was so relieved that Ellie had a treatable condition,” said Sherri, who works at Akron Children’s Hospital Mahoning Valley. “Before we left Ellie’s appointment, the care team made sure Ellie knew how to take the albuterol treatment and follow her asthma plan. They even wrote a letter for Ellie’s school, so she can easily follow her plan.”

Building a rapport
The diagnosis helped to relieve Ellie’s anxiety, too, something she is treated for in behavioral health.

“Honestly, I was hoping they’d give me an inhaler because I just couldn’t breathe,” Ellie said. “My friend has asthma and uses an inhaler to help her breathe. My brother used an inhaler when he was younger. I knew it could help.”

Both Horvats liked the rapport the care team built with Ellie. Even the nurse, Lisa, remembered Ellie, who was born three months premature and hospitalized in Akron Children’s Hospital NICU at St. Elizabeth. 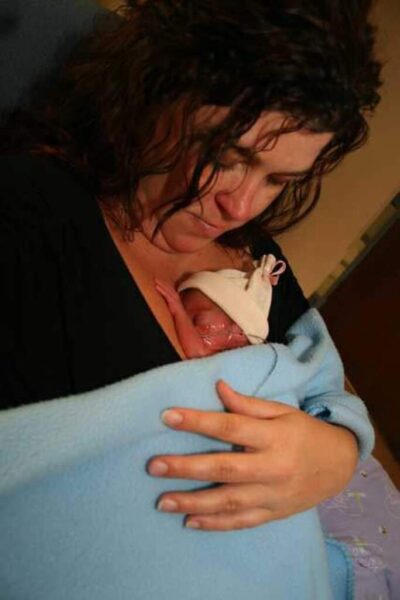 The level of care and rapport Ellie received impressed Sherri Horvat, shown here holding Ellie, who was born three months prematurely. The nurse who saw Ellie at her pulmonary medicine visit remembered caring for Ellie while she was in the NICU.

“Lisa remembered Ellie from her name and was so happy to see her and know she was doing well,” Sherri said.

Ellie liked that Tiffany was relatable and conversational.

“She reminded me of my Aunt Shelley,” Ellie said. “Tiffany was funny, relaxed, caring and understood what I was saying.”

“We try to establish relationships so that the child, pre-teen or teen will open up and talk to us,” Tiffany said. “For instance, a fourth-grade boy came in for his follow-up. I learned he wasn’t using his inhaler at school because it had a picture of a teddy bear on the side. He told me but hadn’t told his mom. When we replaced it with an inhaler that showed Spider Man, he was happy to use it.” 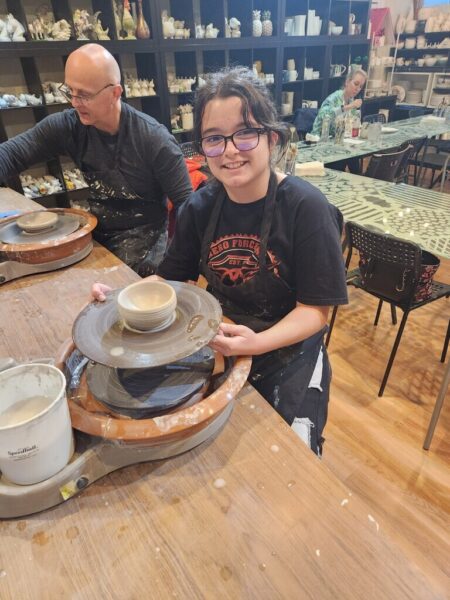 Ellie Horvat enjoys artistic and creative hobbies. She is now able to do more of what she enjoys after being treated for asthma at Akron Children’s pulmonary medicine, Boardman.

Documenting this kind of information is helpful to the pulmonary medicine team, as well as to the Akron Children’s clinicians, who might only see a patient annually. Once a patient follows an asthma plan, pulmonary medicine usually sees them every two to three months to ensure the treatment is effective.

“The continuity of care at Akron Children’s makes it easy for specialty areas like ours to document and share our conclusions with the patient’s primary care provider,” Tiffany said. “I can also message Dr. Lickliter, so she knows what is going on with Ellie. It’s very much a team situation at Children’s.”