a a a
skip to main content
akronchildrens.org
Home > Inside Blog > Donor Features > Making good on a promise: Joseph and Linda Gingo plan a $5 million estate gift for the neonatal intensive care unit of the future 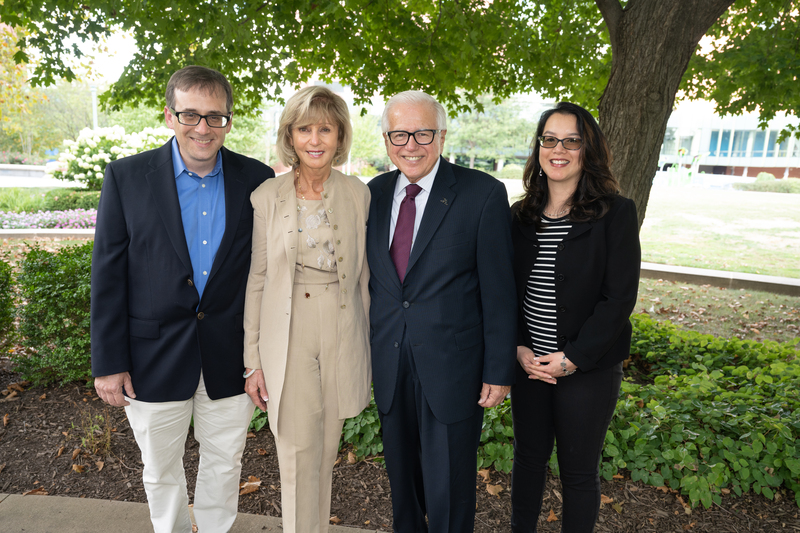 The Gingo family (from left): Jeff, Linda, Joe and Allison.

After her son spent weeks in the NICU at Akron Children’s Hospital, Linda Gingo told her husband Joe, “If we ever get the chance to give back to the NICU for what they’ve done for us, we must.”

More than 50 years later, the Gingos have taken action on that passing comment. Through a planned gift in their estate, the Gingos will bless the NICU with $5 million.

“Our son, Jeff, was born at 2.7 pounds, seven months into the pregnancy,” said Linda. “I had complications and he was tiny, so there was a chance that neither of us would make it. We were fortunate to have Akron Children’s nearby for Jeff while I recovered at Akron City Hospital.”

Jeff, now 51 years old and a lead data analyst in Internal Audit at The Goodyear Tire & Rubber Company, gained strength in the NICU and was released after two months when he reached 5 pounds.

“What I remember about that time in the hospital is the care,” said Joe. “The doctor was always available. The nurses were constantly around Jeff. The team in the NICU expressed concern to us and treated us so well. It meant everything at that time.”

The Gingos have spent the majority of their lives in the Akron area. For more than 40 years, Joe worked in various positions at Goodyear and then became chief executive officer and chairman of the board at A. Schulman Corporation.

Following Joe’s retirement, the couple prepared to revise their wills. They wanted to find ways to make meaningful gifts rather than dividing them across many organizations.

“It seemed silly to give a few dollars here and there to a number of places,” said Joe. “We focused on two organizations – Akron Children’s and The University of Akron – because we think they’re critical to the region and the community. Our experience at Akron Children’s made it even more significant. We want other parents with children in the NICU to have the opportunity for hope and a future.”

“The Gingos are a testament of the long-term impact of Akron Children’s Hospital,” said Chris Gessner, president and CEO of Akron Children’s. “Fifty years after spending time here with their son, they have intentionally specified the NICU as a beneficiary in the future. And their gift will affect families for another 50 years.”

Jeff is also pleased with his parents’ decision. “This place saved my life,” he said. “There is no better cause than helping children. My parents had a good experience here; it’s my hope that this gift will give other parents a great experience through advanced technology, facilities and professionals.” 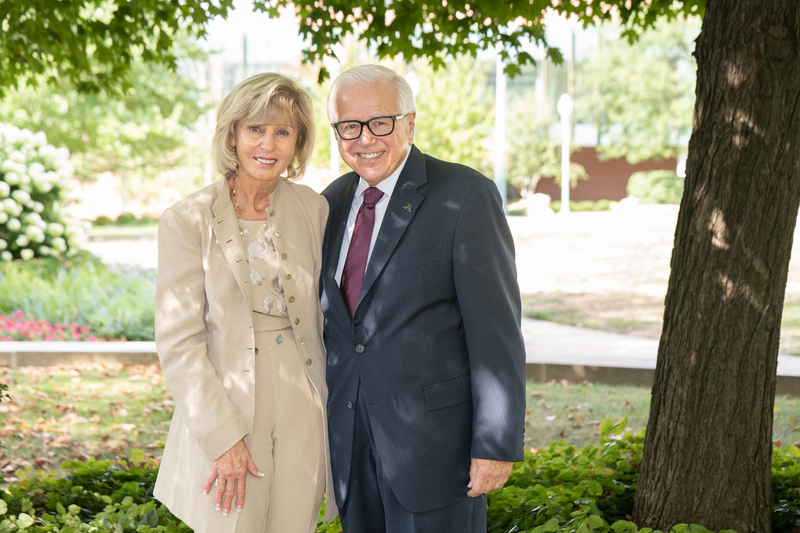 Joe and Linda said it was easy to set up their estate gift through their attorney and the Akron Children’s Hospital Foundation.

“Some people are hesitant to give while they are still active or in retirement because of a fear that they may need that money to live on,” said Joe. “Through a planned gift, your money can still generate income that you can use and then later bless others. It’s a very logical way of giving.”

Linda said it was rewarding to know that the Foundation valued a delayed gift as highly as other gifts. “We were pleased because we could manage our finances the way we wanted and still give back to the place that so richly blessed our lives,” she said.

Joe and Linda recently toured the NICU and were amazed by the advances made over the decades. In particular, they marveled at the private rooms where families can stay for extended periods. During their stay with Jeff, the NICU was more of a “ward” and parents rotated visits.

“It’s our hope that our gift will provide the best equipment and staff so that all of the children who have a chance can survive and thrive,” said Joe.

Is an estate-based gift the rightway for you to contribute to Akron Children’s? To learn more about your options, contact Laura Brelin, associate major gifts officer at Akron Children’s, at 330-543-3027 or lbrelin@akronchildrens.org.