a a a
skip to main content
akronchildrens.org
Home > Inside Blog > Hospital Updates > Canton family uses a winning mix of luck, love & bingo funds to fill hospital shelves with toys 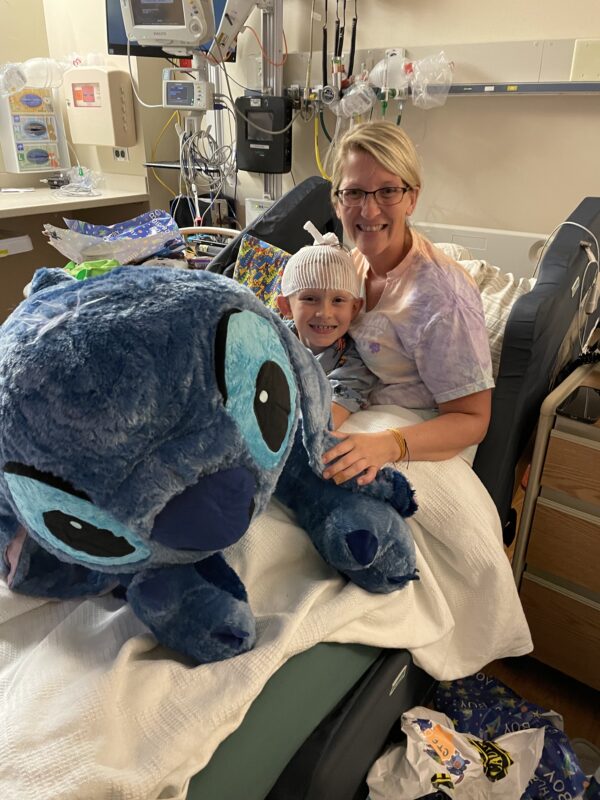 Jakob Moore, with mom Jessica, was thrilled to open a compact box that expanded into a very large, soft cuddly Stitch, a donation from the Children’s Toy Fund Inc. of Canton

Several times a year, a large truck pulls up to the doors of Akron Children’s Hospital and boxes and boxes of toys are unloaded. Each arrival is like its own Christmas morning. The dolls, construction sets, action figures, fluffy friends, craft kits, classic board games, and “it” toys of the moment will cheer hospitalized patients on their birthdays or during the holiday season. The toys can help children pass seemingly endless days when they don’t feel well and would rather be at home or school. They may also be used creatively in occupational, speech or physical therapy.

The heart of the operation is a Canton family inspired to give back after losing a loved one to childhood cancer.

And the family’s successful business plan to fund all of these toy purchases can be summed up in one five-letter word: B-I-N-G-O

Ashley Natale, director of the Children’s Toy Fund Inc., a 501(c) 3 charitable organization, says the revenue generated by her organization’s bingo operation pay for thousands of dollars of toys, mostly for Akron Children’s, but also for other hospitals in the area, as well as children in foster care.

Ashley said her family’s affiliation with Akron Children’s began in the mid ‘90s, when her young cousin, Colin Morey, was treated at the hospital for a rare form of leukemia. He died at age 5.

“He spent a lot of time at the hospital,” said Ashley. “The family remembered Colin receiving Pinky [a hand puppet made from pink fabric sewn by volunteers] and coloring books that were mostly already colored in. My mom [Cathi Bogavich] and her step sister [Kimberly Samuels] wanted to do more for the kids. They wanted them to have fun even though they were in the hospital.” 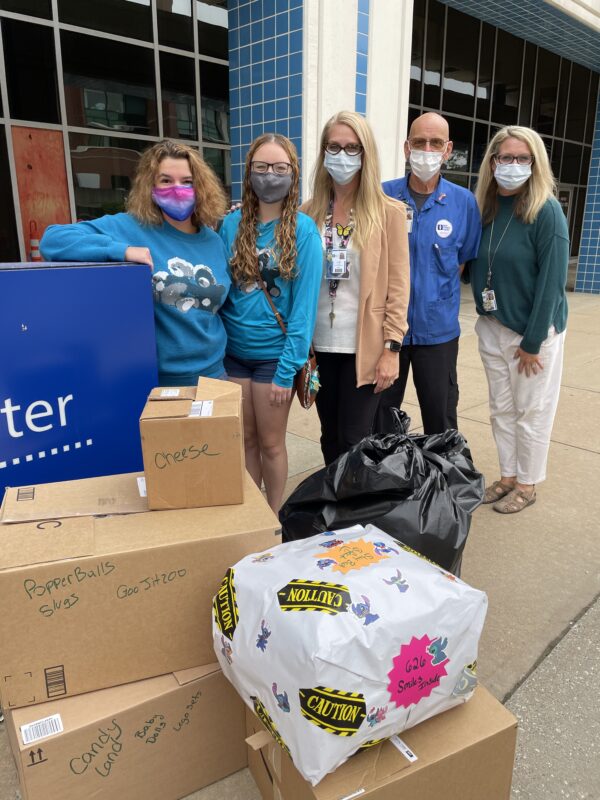 Ashley Natale and Taylor McCarthy lead a big delivery of toys in September, and were greeted by Laura Miller, Gene Walter and Wendy Sawyer from the Volunteer Office.

According to Ashley, Cathi and Kim started a “door-to-door” fundraising effort. Then, in 1997, the non-profit began a successful state-licensed bingo game operation, which generates most of the money now.

The bingo games are held every Tuesday, Thursday and Saturday at the organization’s building, 2401 Swiss Ave. SW in Canton. The non-profit was able to purchase the old Swiss immigrants’ hall, known as Ken-Mar Hall in 2000, and it is now the CTF Party Center.

“We get between 90 and 130 players a night,” said Ashley. “The entry level is $15 to play bingo games all night, with additional games you can buy into if you wish.”

Bingo seems to spell the secret to success. This year, Ashley says they are on track to buying more than $100,000 of toys for Akron Children’s and the other hospitals they serve.

“One of the biggest things that matters to us is quality over quantity,” she said. “We bring Legos, we bring Marvel. We buy the name-brand toys that kids are familiar with and that they love.”

But they also work with community vendors who keep them “in the know” about the latest trends in toys.

The toys are purchased through Walmart, Target, Amazon and Sir Troy’s Toy Kingdom, and Keillors. They also  purchase directly through a few manufacturers.

“Ashley and her team are a joy to work with,” said Laura Miller, Volunteer Office coordinator. “Their enthusiasm for toys and donations is contagious.  I appreciate the thought they put into every donated item to ensure that it is appropriate and fun for our patients.”

It gives Ashley great pride to know she is continuing her mom’s legacy.

“Mom passed away in 2010,” she said, “and that’s when I stepped up and really got involved. Although I helped out before then, that’s when I started to really learn more about the operation – like the difference in inpatient and outpatient care and how the child life specialists use the toys differently. What makes it easier for them? What makes it easier for parents? Asking questions. It’s been an amazing experience.”

Ashley said she has learned that tech toys, while popular, will never entirely replace a nice craft kit or building toy, which is always a good way to pass hours in the hospital and end up with a nice memento. 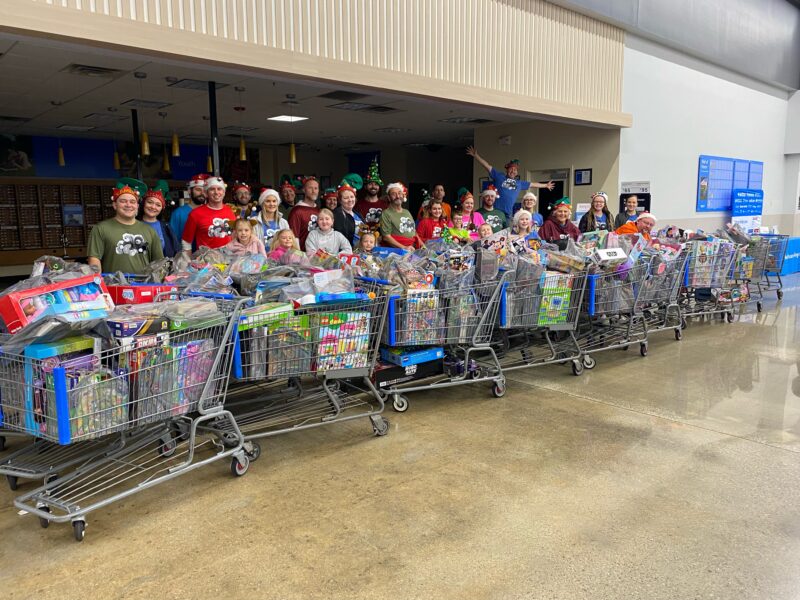 The Children’s Toy Fund Inc. recently spent more than $15,500 worth of toys at a Massillon-area Wal-Mart. 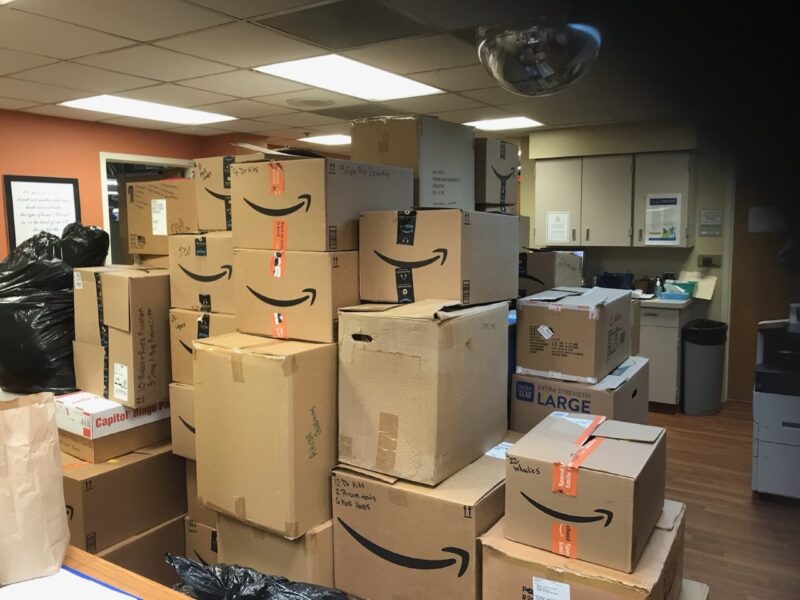 On the trendy side, “poppers” remain a hot item, added Taylor McCarthy, office coordinator for the Children’s Toy Fund, referring to the inexpensive, flexible soft plastic toys that are mindless but fun to manipulate.

“The kids see them on TikTok. They see them on YouTube. When you see someone older than you who is cool, you want to do it too,” she said. “I think so much is expected of kids today in school, that sometimes it just nice for them to color or play with a simply toy. It gives them a chance to be a kid.”

Ashley says her younger self could never have predicted how meaningful this work is and how much the small family-based operation could grow.

“It’s a ripple effect,” she says. “When you give a toy to a kid, it’s not just affecting that kid’s day. It’s also affecting the parent. It’s affecting the staff. It’s going across a lot of avenues, and to share in that and to get my own kids involved now is so rewarding.” 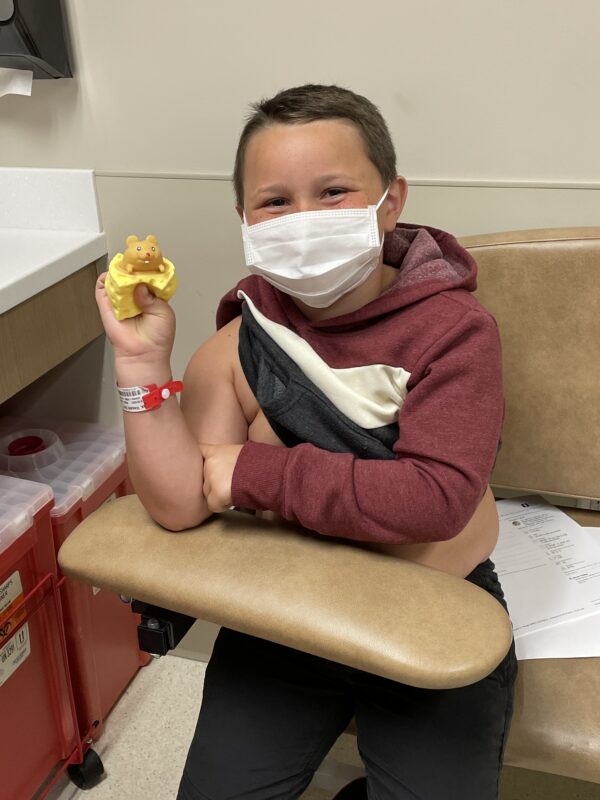 Community Outreach adjusts to meet unique needs during pandemic summer
From incubator to neonatology: Veronica Shaffer is living out her dream of giving back
Creativity, fun are keys to keeping kids fit this winter — in a pandemic
Open House celebrates official opening of Considine Professional Building's expansion
Even before ‘Hocus Pocus,’ event put a spell on patients socially distant - but still together - at ...