Akron Children’s Heart Center has taken another step forward on its mission to mend all kids’ “broken” hearts. Pediatric Cardiologist and Director of Akron Children’s Pediatric Arrhythmia Center John Clark, MD, and his team have adapted a common cardiac ablation procedure, traditionally used to treat abnormally fast heart rhythms, to now also treat areas of the heart that cause it to beat too slow.

Akron Children’s is the only hospital in the state — and one of only a few in the country — to offer cardiac ablation to treat slow heart rates, while at the same time exposing patients to zero radiation.

“Cardiac ablation is not new — and neither is Akron Children’s use of zero radiation — but we’ve now adapted the procedure to treat areas of the heart that cause it to beat too slow,” said Dr. Clark. “It’s something new we can bring to this treatment, and we are leading the charge by teaching other surgeons and institutions around the country how to perform it to improve patient outcomes.”

Kids and young adults with an abnormally slow heart rate can occasionally pass out due to insufficient blood flow to the brain. According to the American Heart Association, about 1 in 3 people in this country will have syncope, or fainting, at least once in their lifetime. For patients that pass out repeatedly, the potential to cure their condition is a major step forward in improving their quality of lives.

Cardiac ablations are performed to correct miscommunication between the brain and heart. The brain sends a signal to the heart to slow down, but in some patients the nerve reflex can be too aggressive, triggering the heart to slow too much and cause fainting, in some cases. 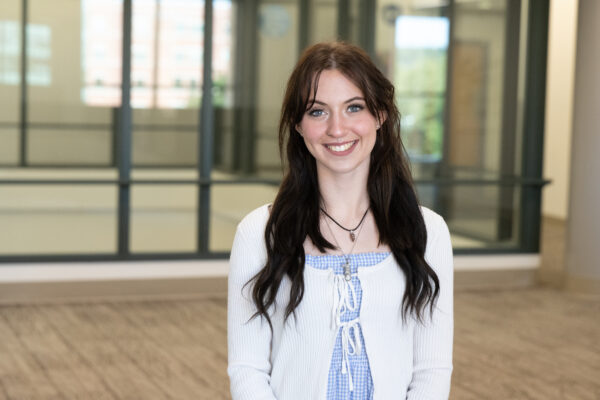 During the minimally invasive procedure, Dr. Clark threads catheters through a patient’s veins into the heart. Sensors on the catheters record thousands of electrical signals in order to pinpoint problem areas. Once the location of arrhythmia, or irregular heartbeat, is located, Dr. Clark modifies the aggressive reflex by cauterizing (or scarring) the nerve, which blocks irregular electrical signals.

Dr. Clark uses 3-dimensional mapping technology to navigate the location of the catheters in real time throughout the procedure. He then adds ultrasound, instead of X-ray imaging (fluoroscopy), to precisely pinpoint the position of the catheter. It’s a technique he pioneered 17 years ago at Akron Children’s to perform cardiac ablations entirely without radiation.

“I believe ablations without X-ray imaging should become a standard of care around the country due to long-term health concerns of exposure to medical radiation,” he said.

To date, Dr. Clark and his team have successfully performed the surgery on several patients — both children and adults. It is outpatient surgery and recovery time is minimal. Patients are back to their activities without restriction in about a week.

Most recently, Dr. Clark performed the cardiac ablation on Kadence Tanner, an 18-year-old from mid-eastern Ohio who suffered from a severe heart block. Her condition caused a disruption in the electrical signals between the top and bottom chambers of her heart and resulted in frequent fainting episodes. She had a pacemaker implanted to treat the condition, but was still experiencing extreme dizziness on a daily basis, which prevented participation in her favorite activities.

Dr. Clark and his team performed the adapted cardiac ablation to treat the area of her heart that was causing the signal disruption. Although Dr. Clark won’t remove her pacemaker until he is confident the surgery cured her condition without symptoms, Kadence is optimistic. 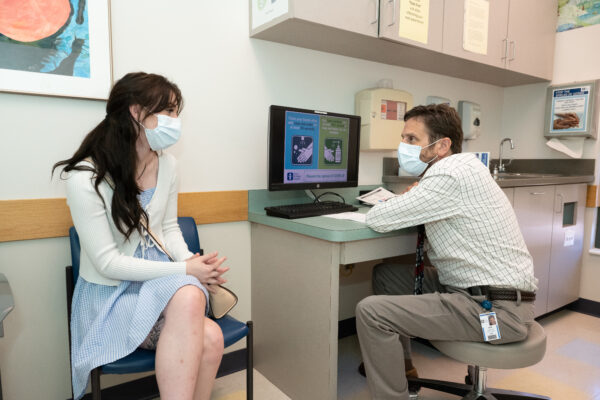 Just one week after heart surgery, Kadence Tanner is thrilled with the results. She doesn’t feel her pacemaker kick in and the dizziness that comes along with that.

“I already feel a major difference and it’s only been a week since my surgery,” she said. “I don’t feel the pacemaker kick in anymore and the dizziness that comes with that. If the surgery is successful, I’ll be able to fully participate in the sports I love, especially soccer, and enjoy amusement park rides without symptoms. Even silly things, like going through a metal detector, will be a breeze, too!”

Fainting is a common problem many heart patients face, which can be very frustrating and limiting. Like Kadence, many patients with abnormally slow heart rates require a pacemaker to treat and normalize their heart rates. Others may need heart medications to treat the problem.

“This procedure has the potential to eliminate the need for medical devices and heart medications from patients’ lives forever,” said Dr. Clark. “To have a cure and abolish passing out spells is life changing for many patients. It’s huge for us, too, to be able to offer the best possible care to our patients and broader community. It’s an amazing opportunity for so many heart patients.”

Akron Children’s Heart Center treats both kids and adults with heart arrhythmia conditions. For more information or to schedule an appointment, call 330-543-8521.