a a a
skip to main content
akronchildrens.org
Home > Inside Blog > Health & Parenting > Is your child obsessed with their looks? 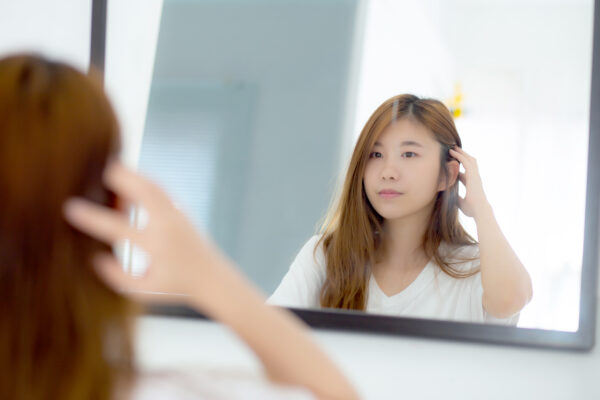 Kids obsessed with their looks may be modeling what they see at home.

How kids think and feel about themselves begins at a young age. It’s not easy to combat the negative effects of a media culture obsessed with beauty and body image, but parents can help by not overemphasizing looks at home.

According to Dr. Crystal Cole of the Division of Adolescent Medicine at Akron Children’s Hospital parents should be careful not to focus too much on their own body. Instead, she says, to focus praise more on children’s character attributes and accomplishments and to not judge others by their looks – especially in front of their kids.

“Positive body self-image starts at home,” Dr. Cole says. “Parents often have poor self-image and may be constantly dieting and putting themselves down. Kids absorb that.”

The risks for kids obsessed with their looks include developing unhealthy behaviors that can lead to depression, anxiety and isolation.  Social media can elevate those risks because it can be hard for kids to differentiate images that are filtered or altered from real ones. Boys can be just as concerned about their looks as girls.

“It may be very difficult for some people to attain the body they want without great genetics or very restrictive diets, and that can present problems,” Dr. Cole says. “If there aren’t health concerns, there is no bad body type. You are who you are.” 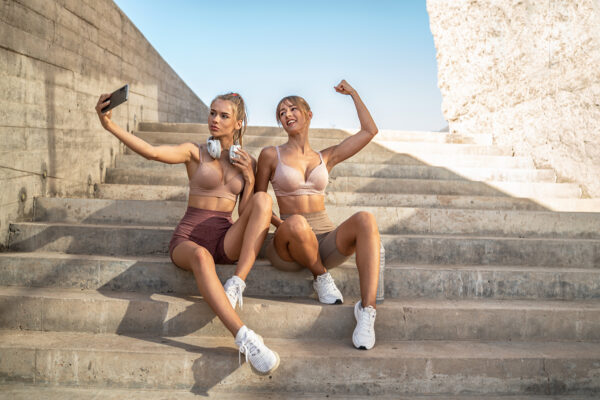 It can be hard for kids to differentiate images online that are filtered or altered from real ones, leading them to develop unrealistic expectations for normal body image.

When does obsession with looks cross the line? Kids overly consumed with their appearance or body image may be suffering from body dysmorphic disorder (BDD), a mental health condition that causes people to believe parts of their body look ugly. People with BDD spend hours focused on what they think is wrong with their looks. Many times a day, they check, fix, cover up, or ask others about their looks — often focusing on flaws that appear minor to others.

People with BDD never feel OK about how they look which can lead to them isolating themselves from friends, going to school or work, or doing normal activities. Some people look for treatments or surgery they don’t need, hoping to “fix” a flaw. But this doesn’t relieve or improve BDD. It can be hard for them to see that the problem with BDD is not the way they look. It’s the skewed way BDD makes them see themselves.

If you suspect your child’s obsession with their looks has become compulsive, ask your pediatrician for a referral to a provider who can help. Click here for a list of Akron Children’s behavioral health providers.

With school year done, teens, especially seniors, are suffering loss
Doctors address parents' COVID-19 vaccine concerns in young kids during panel discussion
Surgery closes the gap on cleft lips and palates - (VIDEO)
Tips for families on how to navigate the COVID-19 pandemic
Snapchat: A guide to keeping our teens safe