a a a
skip to main content
akronchildrens.org
Home > Inside Blog > Tips & Advice > What parents should know about the hepatitis outbreak in kids

As the cases of hepatitis rise among children worldwide, many parents have questions about the disease outbreak and how they can protect their children. Dr. Michael Bigham, chief quality officer, critical care center at Akron Children’s Hospital, answers some commonly asked questions about this hepatitis outbreak in kids. 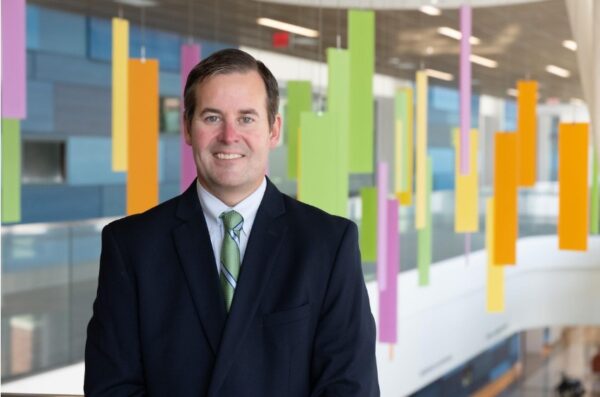 hat you’re seeing in regards to the recent hepatitis outbreak?

I think, nationally and internationally, almost daily there’s updated numbers. I think the last set of numbers that I’ve seen, there’s been over 450 cases of hepatitis, this sort of influx of hepatitis cases, around the globe, and particularly in young children, most of those kids less than 10 and really even less than five years of age.

Why do we think there is an increase in cases?

So I think the most commonly-implicated virus at the root of this hepatitis is the adenovirus. Just to be clear, this hepatitis concept can be a little bit confusing.

Some are wondering if COVID has something to do with the long-term effect on these children. Has there been any proof of that at all?

There’s been no proof of that. There’s been a tremendous amount of speculation as to a couple things. Number one has been the period of time where folks were generally not exposed to each other’s viruses during the pandemic and are now newly exposed to those viruses as we’ve come out of some of the isolation requirements and mask-wearing with the pandemic. And so, that might be people newly exposed to this virus that hadn’t been for several years.

Alternatively, some folks are wondering whether those that have been exposed to the COVID virus might have primed the immune system to react to this adenovirus. But I think that is pure speculation. There’s really no evidence of that right now.

The CDC said 72% of the cases in the UK are related to the adenovirus , 60% in all of Europe, and more than half in the United States. Is that your understanding?

Yes, that’s correct. So adenovirus is in our community, always has been. Because there’s many different adenoviruses, it can create a couple different sets of symptoms in kids. We take care of kids all the time who have colds or respiratory infections caused from the adenovirus. I think many of us have known folks who’ve had pink eye. Pink eye is commonly caused by a different subtype of adenovirus.

This adenovirus number 41 specifically is one that tends to live more in the stomach and the intestines. It can cause nausea and vomiting and diarrhea. That’s the way this adenovirus behaves in children.

What are the warning signs of this virus?

The most important thing is for parents to be in tune to their child, and all of the things you would normally have been concerned about for your child are the exact same things that you should remain concerned about.

So if your child’s having vomiting or diarrhea or not eating very well, you should use all of the same signals that you would if you were normally maybe seeking any additional medical care. If your child might appear dehydrated or you’re concerned about that, you should call your doctor or be seen for that.

And so, that would be typical care, things that we would do every day as parents. I think the symptoms that are unique to liver inflammation or hepatitis are things that might cause your skin or eyes to turn a little bit yellow. That’s called jaundice.

Sometimes even a bit earlier than the skin or eyes turning yellow, you might see the urine looking particularly dark, or the stools, the bowel movements looking particularly light in color. That’s all related to some of the functions of the normal liver now being disrupted.

How concerned are you with this?

I’m as concerned as many of the parents are for the reason that we don’t like any child to fall ill, and nonetheless to fall ill with what in some small number of cases can be rather serious. What I think is most important is that we use our good judgment around caring for our children, making sure that we address any risks of dehydration.

What concerns me most, is the uncertainty, the unknown. I don’t think we know exactly what’s different about this adenovirus 41 and acting the way it is in our children. I think that uncertainty is unsettling.

Have you seen any of this at all at Akron Children’s Hospital?

We have not. We’re keeping a very active dialogue. I think we’d be naive to imagine that we aren’t going to see some cases. The number of cases, the tally, if you will, is increasing around the world, and certainly even across Ohio. I expect we will see some cases, but we haven’t yet.

8 tips for a great start to the school year
Help your child breeze through the Fall allergies
Tune in, Talk More, Take Turns: Here’s how the 3Ts will enrich your baby’s brain
Energy drinks carry risks for children and teens
Water helps kids makes waves in therapy - (VIDEO)