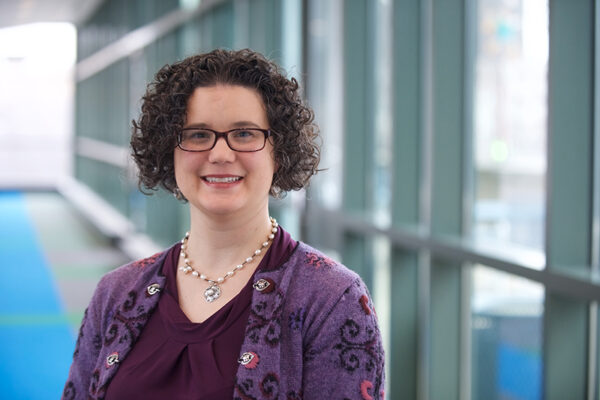 Every day at Akron Children’s, we strive to deliver compassionate care and create positive experiences for our patients and families. This month, we’re spotlighting Lisa Eggleston, MD, FAAP, a pediatrician at Akron Children’s Hospital Pediatrics, Barberton, who recently received the following feedback from a patient family:

“I was in a visit with my daughter, and my son and husband were in the car, when my son went incoherent and could hardly breathe, so my husband ran him into the office. They saved my son’s life. The hospital said if it had not been for his Dr. (Lisa Eggleston) being so adamant about testing him for carbon monoxide poisoning, they never would have thought of it. They thought he was having a seizure. But his doctor went above and beyond, and my son is still alive today because of her. For them not being an emergency team, they sure were prepared for anything! It is because of them we have finally figured out a lot of our family’s health issues and have been able to resolve the problem!”

How long have you worked at Akron Children’s, and what’s your role?

I’m a pediatrician, and I’ve been at Akron Children’s Hospital Pediatrics, Barberton, for 8 years.

Can you share a little more about this case? What was the cause of the carbon monoxide poisoning, and how did you recognize the signs?

The unusual thing about this case is the carbon monoxide poisoning was from their car.

The mom and daughter were in the office for an appointment with me. I knew that her son had been sick recently with pneumonia. Mom had messaged me about him being sick, and then his sister caught it. At the beginning of the appointment, I asked her how her son was doing, and she said he was feeling much better.

After the visit, I was sitting at my workstation, and my nurse turned to me and said, “Dr. Eggleston, I think we’re about to have an emergency.” Someone shouted, “We need a doctor!” I could see the dad carrying his son, who was unresponsive.

We brought him into the room, and I could smell gasoline. I started asking questions and evaluating him. They had been waiting in the car during his sister’s appointment. We put oxygen on him, and all of a sudden as his numbers increased, he perked up and said, “Hi.” We called the paramedics and sent them to the hospital, and they confirmed his levels were elevated.

It’s uncommon to get carbon monoxide poisoning in a car, unless you get stuck in a snow drift, and the snow blocks your exhaust system. Typically, it’s a gas furnace or water heater, and that’s why you should always have a working carbon monoxide detector in your home. Kids tend to get sick faster, because they’re smaller. In this instance, the car exhaust was broken, and the son likely had a more severe reaction because his lungs were still recovering from pneumonia.

Reflecting on this patient experience and the feedback you received, how do you feel about it?

It reflects what being a primary care physician is all about — knowing the families. I love that part about my job. I already knew the son’s history. He wasn’t unfamiliar to me in that emergency setting. It also speaks to the importance of taking a history, paying attention and listening to the family.

What does patient- and family-centered care mean to you? How do you strive to deliver that care?

It really is about trying to listen to the family’s concerns and understand where they’re coming from. I try to meet them where they are. The issue may be something I can’t solve directly, but I’m here to listen and care about more than just their medical needs.

What do you most enjoy about your work at Akron Children’s?

My mom received care at Akron Children’s as a child. She spent most of her summers here having corrective surgeries for a club foot and cleft palate. I feel like my family’s story has come full circle now that I’m a pediatrician here.

I truly love working with kids. I never know what a kiddo is going to say or do when I walk in the room, and that’s fun. I also love feeling like I’m doing something to help someone.