a a a
skip to main content
akronchildrens.org
Home > Inside Blog > Patient Stories > Founder of Houston’s Lift Off aims to lift the spirits of families at Akron Children’s NICU, Aultman 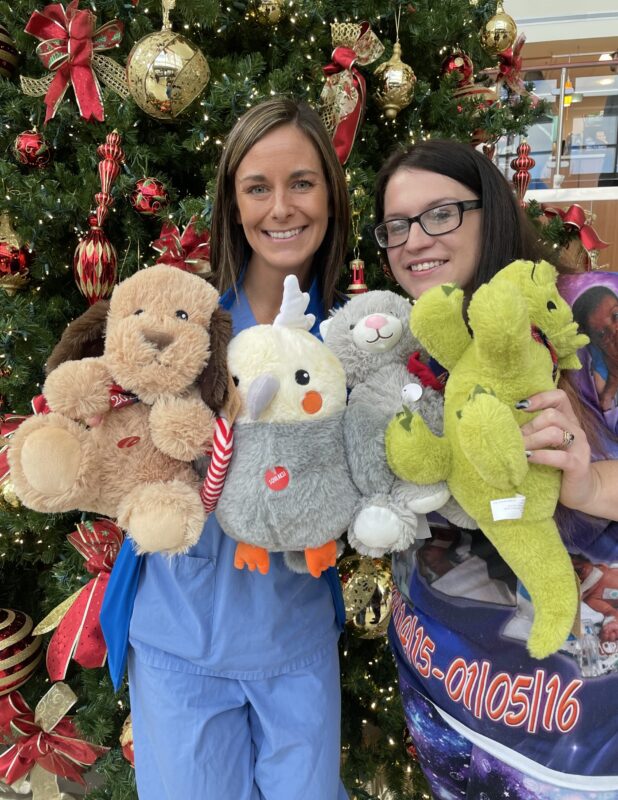 Nicole Kleinhenz, a nurse at Akron Children’s NICU at Aultman, accepts a large donation of plush toys from Ashley McDonald, founder of Houston’s Lift Off.

The holiday season got a nice kick-off on Dec. 1 when representatives from Unity Catholic Federal Credit Union and 95.5 The Fish presented a check to Ashley McDonald, the founder of the non-profit Houston’s Lift Off, a benefactor of Akron Children’s NICU at Aultman Hospital.

Ashley founded Houston’s Lift Off in tribute to her late newborn, Houston, who passed away in 2016 due to prematurity after a four and a half months stay at the Aultman NICU, as well as the NICU on Akron Children’s main campus.

Ashley said she cherishes all the moments she had with Houston and it’s important to her to keep his name and legacy alive. The best way to do that, she concluded, was to help other families who have babies in the NICU, particularly those at Akron Children’s NICU at Aultman.

Each year, Houston’s Lift Off makes a donation to Aultman’s NICU during August, the month of Houston’s birth, and during January, the month of his “angel-anniversary.” The donation typically includes gas and restaurant gift cards and items that make a family’s stay in the NICU more comfortable.

Earlier this month, the credit union and 95.5 The Fish presented Ashley with a $250 donation through their Friends and Neighbors Program and Houston’s Lift Off delivered 280 plush animals for NICU babies.

Nicole Kleinhenz, a nurse in Aultman NICU, accepted the plush toys and thanked Ashley for her ongoing and generous support of NICU families. 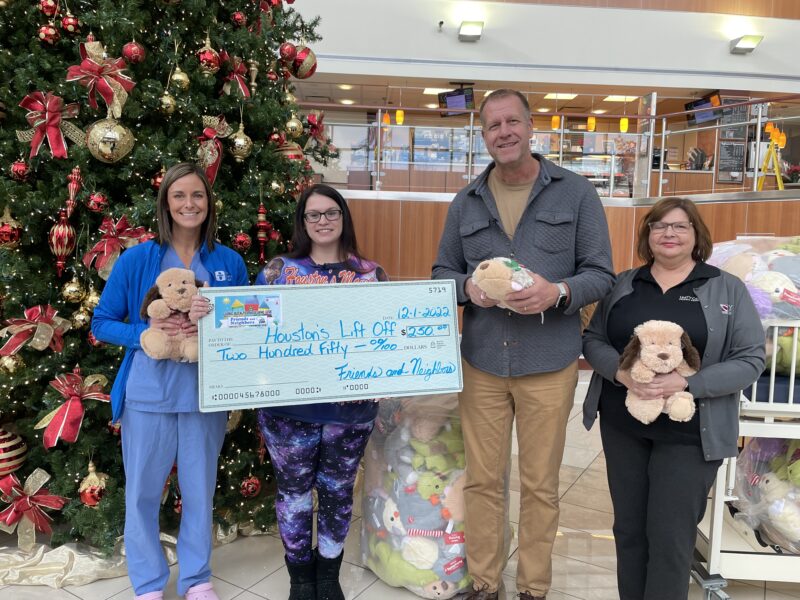