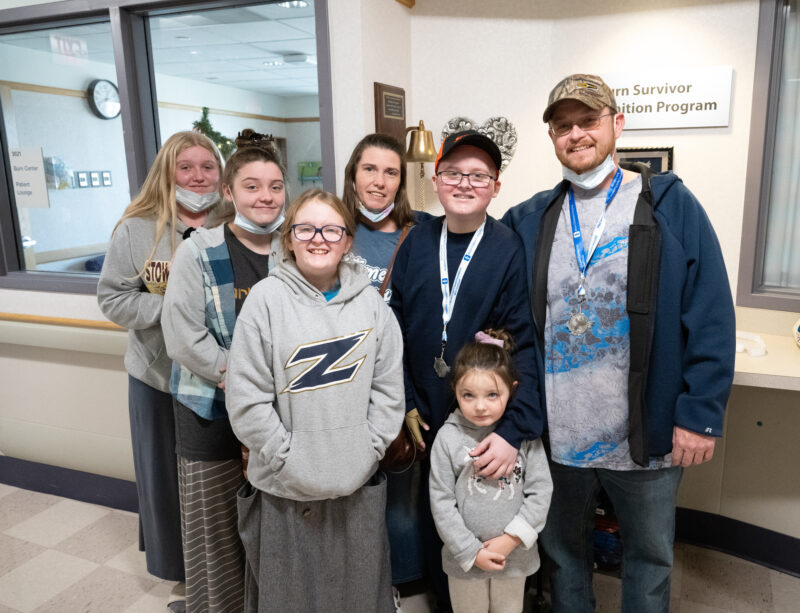 The Nelson family. Mom Stephanie stayed by Sam’s side during his 86-day stay in the hospital while older sisters helped with homeschooling of younger siblings in her absence.

On the eve of Thanksgiving, prayers were answered for the Nelson family of Branchland, W.Va.

After 86 days in Akron Children’s Hospital’s Regional Burn Center being treated for burns to 67 percent of his body, 13-year-old Sam Nelson was heading to his home.

Sam said his two biggest priorities were to hug his dog, Shep, and indulge in mom Stephanie’s home cooking – and not just on the holiday, but now, every day going forward.

Sam and his father, Farm, were both burned in late August when a riding lawnmower they were repairing erupted in flames. While Farm was burned bad enough to spend 15 days in the hospital, Sam suffered more severe burns. He was on a ventilator for 27 days of those 86 inpatient days and required multiple skin grafting surgeries.

But Wednesday was a good day. Before Sam’s official discharge, Sam and Farm received a hero’s “clap out” ceremony. Doctors, nurses and therapists who have cared for the family lined a hallway cheering them. Volunteer Keith Barnett strummed “Country Roads” on guitar while the crowd softly sang along to  John Denver’s lyrics, “Take me home, country roads, to the place I belong – West Virginia …”

“You will always be in our prayers and part of our life,” he said. “Thank you for your kind words, kindness and always pushing us – telling us, “Use it or you’re going to lose it.’ Those were the main words I needed to hear and he’s going to hear it a lot. We really thank you and the Lord Jesus Christ, most of all. If He didn’t say, ‘Heal,’ none of us would be healed. We thank God for everything he gives you the ability to do and we pray a blessing on every one of you.” 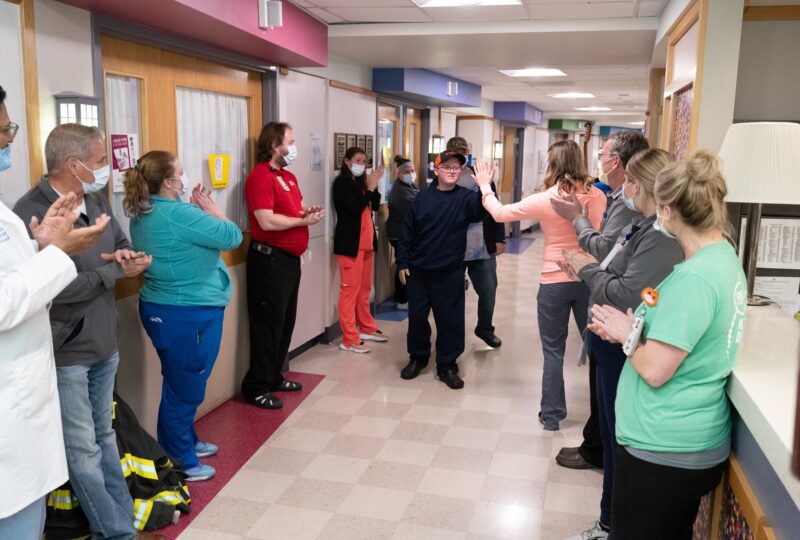 Doctors, nurses and therapists lined a hallway to create a celebratory send-off for 13-year-old burn survivor Sam Nelson and his father, Farm.

Even before the accident, Sam expressed interest in pursuing a career as a firefighter.

Paul Bevere, a burn center tech and City of Kent firefighter/paramedic, presented Sam with a fire department patch and one of his retired fire jackets. Paul helped Sam slip it on.

“It’s a little big, but you’ll grow into it,” said Paul, who then offered Sam a hug. 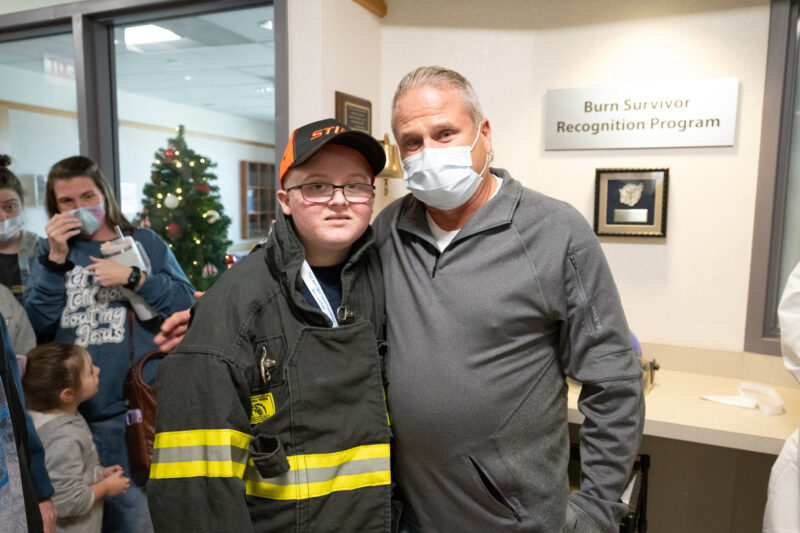 “We wish you all the very best and keep doing the hard work,” said Dr. Anjay Khandelwal, medical director of the burn center. “It’s been quite a journey for you both and your whole family as well. We’re your extended family now and we’ll always be here no matter what you need.”

Branchland is a small town in western West Virginia but Farm plans to use every opportunity to spread the word about their accident to prevent others from suffering similar injuries.

Sam is a mature young man, who mows lawns for family and friends and helps his dad care for the cars of their church family.

“He’s going to be a dandy mechanic,” said Farm.

But for now, he says “miracle” is the best word to describe Sam. 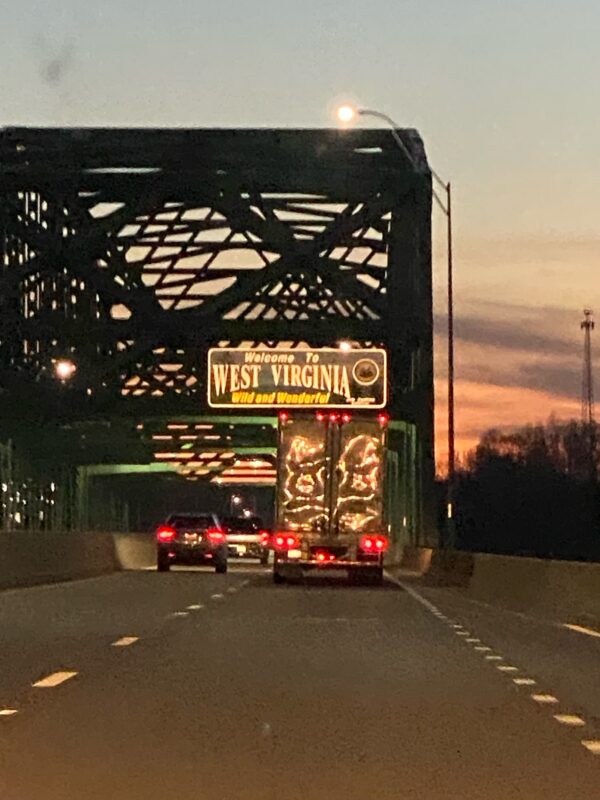 The Nelson family drove home to West Virginia on Thanksgiving eve. Unbeknownst to Sam, a huge parade was awaiting him at he entered Lincoln County.

Unbeknownst to Sam, as the family neared home after their four and a half-hour drive from Akron, the community of Lincoln County, W.Va., also wanted to celebrate their local miracle.

Through the darkness, the Nelsons could see a mile or so of headlights and the siren lights of local police and five area fire departments.  At first, Sam thought it was a car accident but then realized it was a parade – and it was all for him.

Sam got a police escort for the final leg of his trip home. A very excited Shep was waiting.

Jersey contest hits home for hematology patient
When times get tough – give
For these running buddies, the benefits add up to much more than the finish line euphoria
3 things you can do now to help your child’s mental well-being
Doggie Brigade Celebrates 25 Years of Joy, Comfort & Sloppy Kisses