a a a
skip to main content
akronchildrens.org
Home > Inside Blog > Patient Stories > Diabetes is just part of the game for James 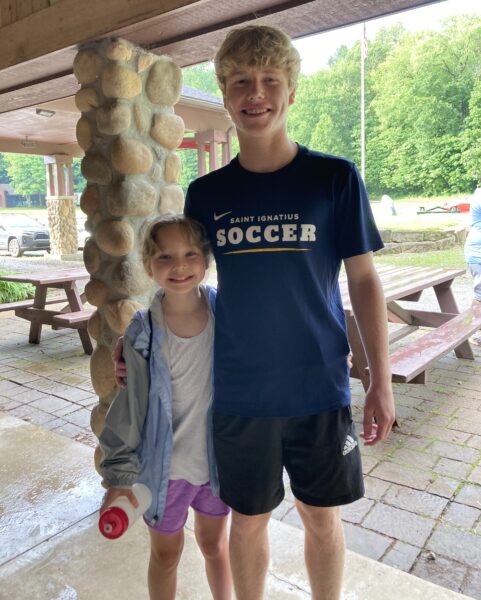 James is a role model for kids with diabetes at Akron Children’s Diabetes Camp and at home with his little sister, Lily, who also manages type 1 diabetes.

James Bauman is a rising junior at St. Ignatius High School where he excels in the classroom and on the soccer field. To be at his best, he knows it requires hours of studying, practicing and getting his A1C level right.

“I was young when I was diagnosed (with type 1 diabetes), but I don’t remember it really being a thing. It was just a part of who I was,” said James. “I knew there were certain things I needed to do before school or an activity, but it never held me back so I never really spent much time thinking about it.”

James’ care team at home and at the Center for Diabetes and Endocrinology at Akron Children’s Hospital helped bring normalcy to his daily routine by teaching him how to take charge of his health through diet and medicine. Personal experience, especially as an athlete, taught him the importance of managing his blood sugar levels. 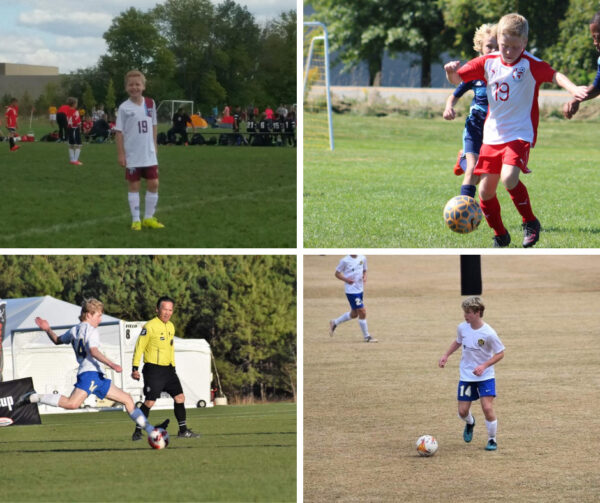 Managing diabetes has been part of James’ game since he was 6. Today, he meets with Lisa Davis, MSN, APRN-CNP, quarterly to review his diet and medications to keep him at his best.

“As I got more competitive with soccer, I remember I’d have to sit out for some of my practices when my numbers were off. It used to really frustrate me so that’s when I started diving into my blood sugar data points so I could understand why,” said James. “I like seeing what is happening with my numbers, if there is a pattern or what went wrong so I can learn to do things different the next day to help me feel and perform better on the field.”

The data points James watches are through a device he learned to use at his appointments with Lisa Davis, MSN, APRN-CNP, nurse practitioner at Akron Children’s. The device, a continuous glucose monitor (cgm), provides him with real-time information that he can access on his phone so he can better navigate food choices, sleep and exercise levels.

“My (cgm) device tracks my blood sugar history and predicts what it will be and then it auto adjusts my insulin levels so I don’t have to do as much calculating on my own…it’s really helped me bring down my A1C,” said James. “Lisa has always encouraged me to manage my diabetes on my own and diet has been a big part of that process. She’s helped me figure out the right amount of sugar or carbs to eat to help me at the start of practice and long-acting foods that absorb half way through so I can ride steady through an entire practice at the pace I need to be at.” 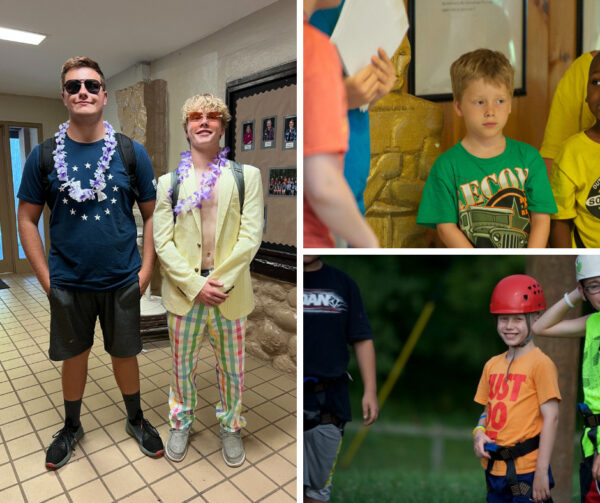 James has been attending Diabetes Camp since he was in elementary school. Today, he’s a camp counselor (in yellow jacket) where he gets to show kids how to live their best life.

Another way James learned to manage diabetes on his own was by attending Akron Children’s Diabetes Camp every summer growing up. This year, he returned to camp as a counselor.

“I loved going to camp because it was so positive and fun. Every single person there had diabetes and wore an insulin pump just like me. I actually inserted my pump on my own for the first time while I was there because I saw another kid my age doing it,” said James. “I always looked up to my camp counselors because I saw them living their best life and that’s what I wanted. It felt surreal that it was my turn to be a role model and show kids they can be confident and successful at whatever they want to do. Diabetes doesn’t take away our ability to be our best.” 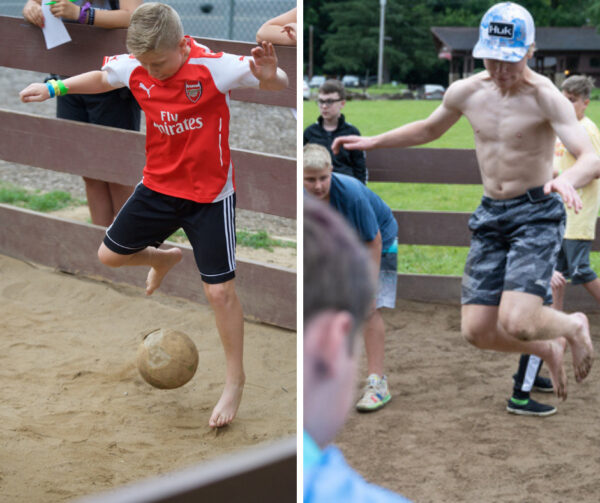 ‘Gaga’ was one of James’ favorite games to play at Diabetes Camp when he was younger (left). Now, as a camp counselor, the campers enjoy playing the game with him and he has fun showing them you’re never too old to play!

For James, having diabetes definitely doesn’t keep him from pursuing his goals. He’s currently playing club soccer for Cleveland Force Soccer Club so he’ll be ready to suit up for his high school soccer team this fall. The fiercely competitive defender/mid-fielder hopes to play at the collegiate level after he graduates.

For more information on how the Akron Children’s endocrinology team can help your child manage diabetes, contact them at 330-543-3276.

Is the COVID-19 vaccine the answer to getting back to normalcy?
Sharon Hrina looks forward to a retirement filled with family, friends and fun
Two moms united as their babies with failed kidneys beat the odds
Sibling bond: Brother donates lifesaving stem cells to big sister
9 Ways to help children manage anxiety about returning to school