a a a
skip to main content
akronchildrens.org
Home > Inside Blog > Tips & Advice > 5 medicines you shouldn’t give your kids 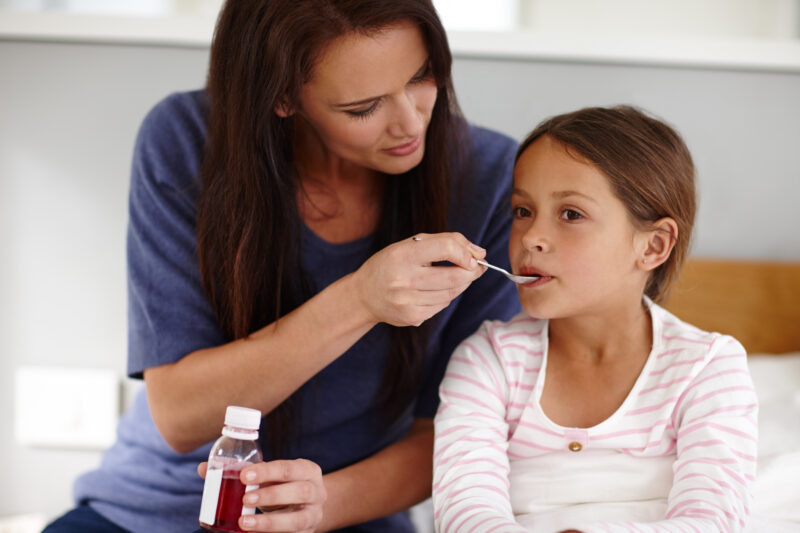 When your child is feverish, congested and miserable, you might try anything marketed as sure relief. But just like Bon Jovi’s song describes, there is such a thing as “bad medicine,” especially when it comes to kids — and parents should be cautious. Not all medicines are effective and can come with severe side effects, especially for children.

“Just because a medicine is on the shelf in your local drug store does not mean it’s approved or regulated by the FDA (U.S. Food and Drug Administration),” said Dr. Hina Fatima, a pediatrician at Akron Children’s Hospital Pediatrics, Warren Downtown. “There are so many medicines that have not been proven effective, especially for kids 6 years and under, and instead of helping kids feel better, many of these drugs send them to Emergency Rooms every year.”

Dr. Fatima cautions parents about 5 common remedies that you shouldn’t give your children. Sometimes, chicken soup and plenty of rest is the best medicine.

Many parents use aspirin, such as Bayer Children’s Aspirin, to reduce fever and relieve pain, but it’s not recommended for kids under age 6, and Akron Children’s does not recommend it for kids under age 18, unless directed by a doctor. Aspirin has been studied extensively and has been linked to Reye’s Syndrome, a life-threatening disorder in children that can cause brain swelling and liver failure, especially in kids recovering from chickenpox or the flu.

Dr. Fatima warns parents to check labels for ingredients because many combination drugs, such as cold medicines, contain aspirin.

Many parents use teething creams or gels to soothe baby’s swollen gums. But, the FDA has issued many warnings about the active ingredient in them: benzocaine, a local anesthetic. There have been many reports of rare, but deadly side effects associated with the ingredient, especially for kids 2 years and under.

Instead, Dr. Fatima recommends rinsing a clean wash cloth in cold water and putting it in the freezer for 30 minutes. Babies will enjoy chewing on that. Parents also can try teething rings, but just steer clear of those with liquid in them. 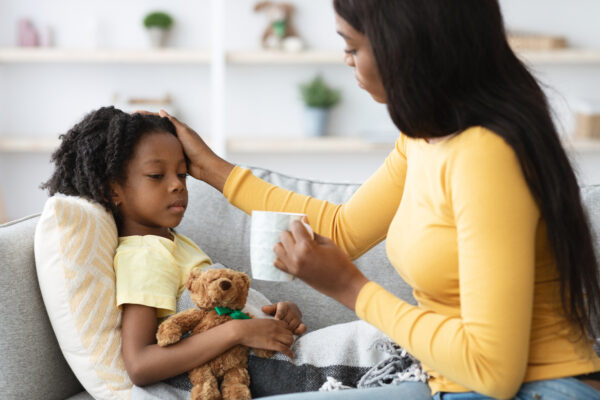 For cold and cough, sometimes chicken soup and lots of rest is the best medicine.

Cough and cold medicines, marketed under brands such as, DayQuil and Robitussin, are not recommended for kids under 6 years and parents should avoid them for kids aged 6 to 12 years. They are designed to treat symptoms, and not the underlying illness, and research has not proven a benefit. They also can cause severe side effects, such as allergic reactions, rapid heart rates, convulsions or even death.

Another concern is the risk of accidental overdose because these products typically use a combination of drugs. Every year, children are hospitalized because a parent gave a child Tylenol to reduce a fever and cold medicine (which also had Tylenol in it) to relieve other symptoms.

Instead of over-the-counter remedies, she recommends rest, plenty of fluids, saline drops or sprays to relieve congestion and a cool-mist humidifier to ease breathing.

It can be distressing when kids have constant diarrhea and many parents reach for anti-diarrhea medicines, such as Imodium A-D. But, they are not recommended for kids under 12 years, and especially kids aged 6 and under, due to serious side effects, such as constipation, vomiting, stomach pain or enlargement. What’s more, your child may have a medical condition that is causing the diarrhea and taking anti-diarrhea medicine can make symptoms worse by keeping the infection inside the body.

In many cases, diarrhea should run its course and kids will feel much better after a few days. Just make sure kids stay hydrated by drinking plenty of fluids. If diarrhea lasts more than a few days, Dr. Fatima recommends parents contact their child’s pediatrician to determine the best treatment.

Many pharmacies dispense extra liquid medicine in case a child spits it out or it gets spilled. It’s tempting to keep it just in case the child gets sick again or a sibling comes down with the same illness. But, parents should never reuse leftover medicine or give a child medicine that has been prescribed to someone else.

This can be very dangerous because a sibling may have a different allergic profile or different dosage, and the medicine could have expired. After the expiration date, medicines may no longer be effective and can even be harmful.

“It’s best to consult with your child’s pediatrician before giving your child any medicine,” said Dr. Fatima. “Kids are much more likely to experience adverse drug reactions than adults.”

For more information or to schedule an appointment, contact our primary care offices or call 330-543-2778. Telehealth appointments are available.