a a a
skip to main content
akronchildrens.org
Home > Inside Blog > Patient Stories > Honey – in the right place, at the right time for button battery emergency 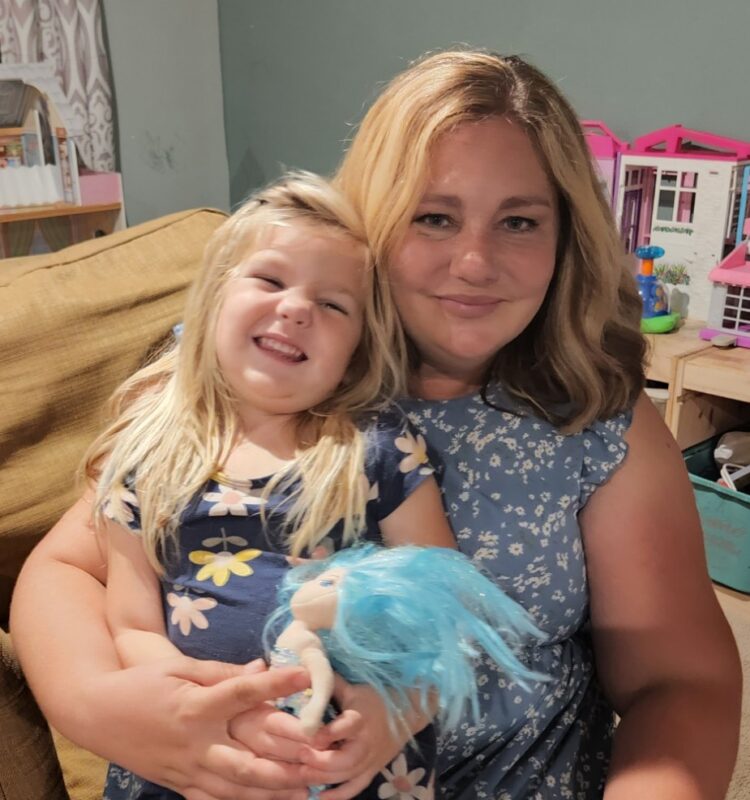 Maggie with Katie, who will not soon forget her 41st birthday.

Katie Jacobsen will long remember her 41st birthday. The Barberton mom, her husband and eight children had just celebrated with a take-out dinner from Cracker Barrel when 3-year-old Maggie said she had swallowed something shiny.

Katie looked around to see what Maggie could be referring to and saw Elsa and Anna dolls that “sing” thanks to the button batteries in their legs.

Older brother Levi, age 8, was sitting nearby and his eyes got big.

“I just took one of those out,” he said. 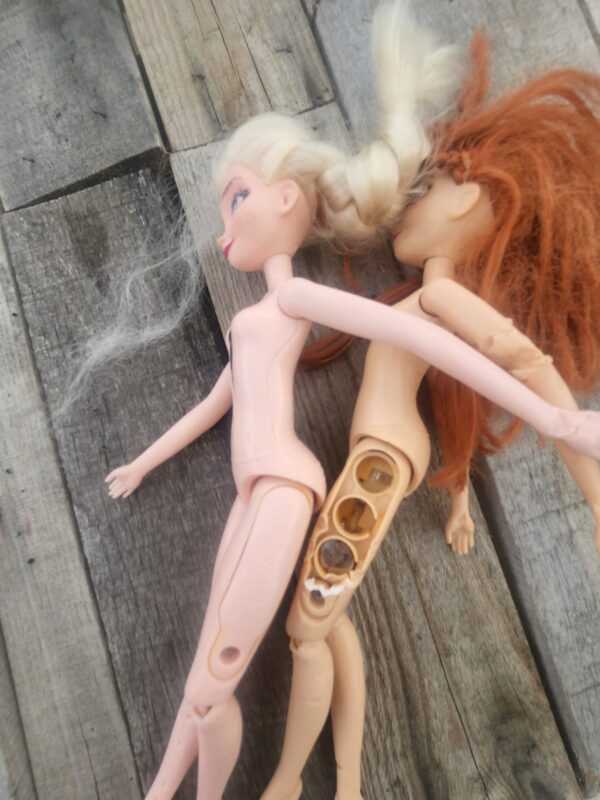 The button battery that Maggie swallowed came from a doll’s leg.

Katie knew they needed to get Maggie to Akron Children’s ER but, as they were getting ready, Eva, 16 and a lifeguard, went to the Internet looking for advice. She found Poison Control suggestions that eating honey would help lessen the damage of the battery by coating it and maybe even helping it move from the esophagus and into the stomach and intestines.

By amazing coincidence or maybe, as the family believes, an act of God’s grace, they had lots of packets of honey from their Cracker Barrel dinner. Honey and butter came with the biscuits.

Maggie ate a few packets of honey at home and on the way to the ER.

By the time, she got her first X-ray in the ER, the battery had already passed from the esophagus to the stomach. Maggie was admitted and began prep for surgery the next morning, but another x-ray showed the battery had moved along the GI track further and she was discharged. 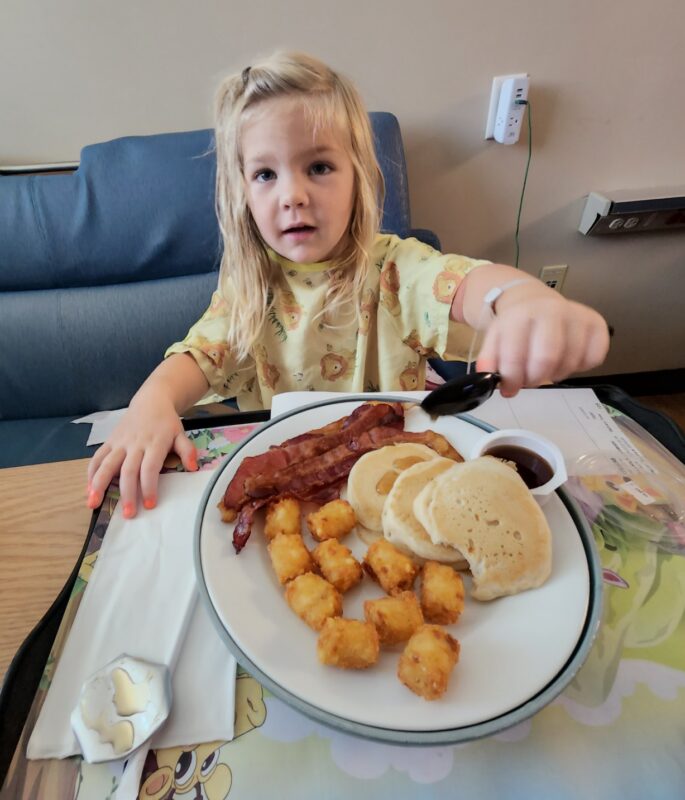 Maggie spent the night in the hospital, but was discharged the next morning without needing surgery.

Dr. Joseph Iocono, a pediatric surgeon at Akron Children’s Hospital, said the family did everything right.

“Time is of the essence,” he says. “The battery can erode through the fragile layers of the esophagus within a few hours. That’s why it’s important to get a child to the hospital for an X-ray. But, if a child is one year or older, you can slow down the erosion process with honey – a few teaspoons every 10 to 20 minutes.” The honey barrier slows the conduction of the battery against the esophagus and slows the erosion.

The honey may also act as a “grease” and help move the button battery along the GI track.

Dr. Iocono said he has seen about a half dozen reconstructive surgeries due to battery ingestion during his career and a study published Aug. 29 in the journal Pediatrics documented a more than doubling of ER visits for children who have swallowed batteries. The smaller batteries are in more and more toys and household items like car keys and watches.

In the Jacobsen family case, the battery door on the doll was damaged and not visible to Katie because of the doll’s dress. 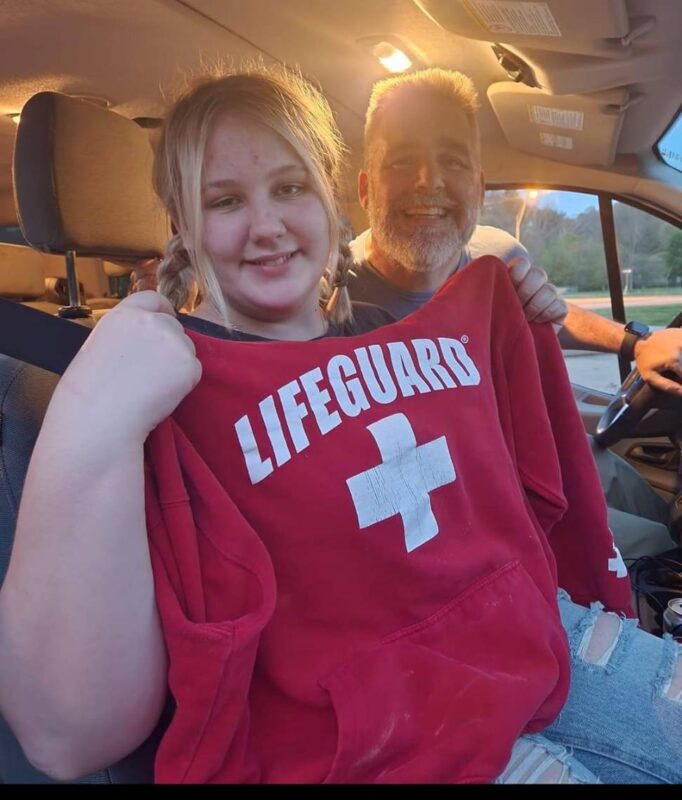 Older sister, Eva, a lifeguard, quickly researched what to do when a young child swallows a battery, and may have saved her own sister’s life.

“She [Maggie] told me she was making cupcakes so that’s the mind of a 3 year old pretending these little batteries were cupcakes,” said Katie.

Thankfully, take-out dinner with honey and biscuits, a fast-acting lifeguard sister and nearby children’s hospital all came into play to help Maggie get through a dangerous situation.

Katie felt so blessed by the outcome she wrote a quick and heartfelt post about the dramatic end to her birthday. So, far her post has received hundreds of thousands likes, shares and comments.

“I have lots of friends with young kids,” said Katie, “and just thought, I am willing to suffer my own embarrassment to say, hey, if this ever happens to you, this is what you should do.” 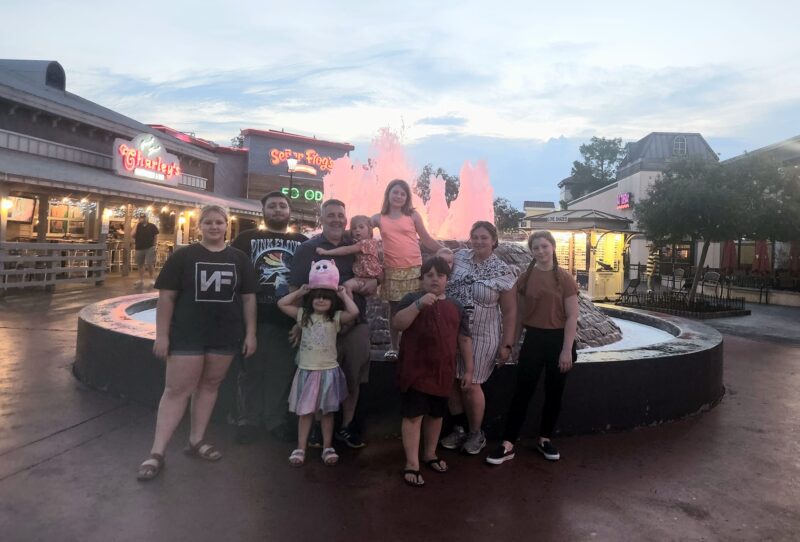 The Jacobsen family: Mom Katie said she felt God was truly looking out for her little girl the night of the ingestion – and then wrote a Facebook post about it to keep other children safe.

Mental illness: Don’t let the name get in the way of getting help
Music video by Queen sets stage in OR for Colton Champ, 4, and his road to better vision
New pediatric hospitalist Dr. Anita Raghavan is a scientist at heart
Tyler Wilson makes great strides after precarious start
HPV vaccine: What parents need to know