a a a
skip to main content
akronchildrens.org
Home > Inside Blog > Patient Stories > Metabolic lab makes access easier for people with genetic disorders 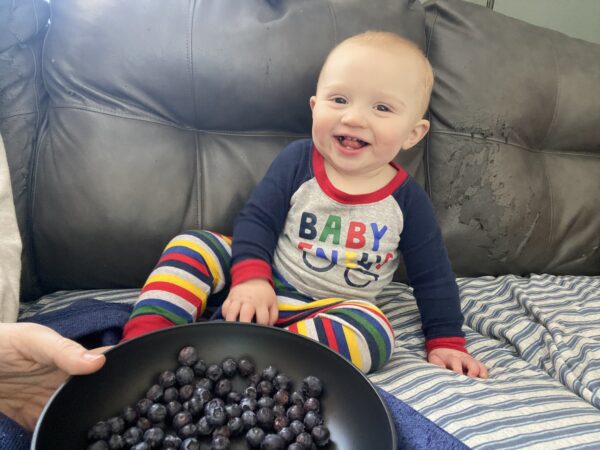 Oliver eats a vegan and gluten-free diet. Blueberries are one of his favorite foods.

When Mindy Miller gave birth to her second son in 2020, she wasn’t expecting anything out of the ordinary. So, when she got the news that baby Oliver tested positive for a metabolic disorder called Phenylketonuria (PKU) during his routine newborn screenings she was thrown for a loop.

“I had never heard of PKU and had no clue what it was or what was involved in its treatment,” says Mindy.

According to Abdulrazak Alali, MD, clinical and biochemical geneticist, and Oliver’s metabolic physician, PKU is caused by a defect in the enzyme that breaks down the amino acid phenylalanine (Phe).

“The body uses amino acids to build proteins,” says Dr. Alali. “Phe is needed for normal growth in infants and children and for normal protein production. But if too much builds up in the body, the brain is affected.”

PKU that’s not treated in the first few years of life can lead to developmental delays and permanent intellectual disability, including IQ and memory loss, seizures, learning disabilities, and emotional problems.

Mindy set about learning about PKU with the help of Dr. Alali and dietitian Meghan Holecko, who assured her that PKU affected children can expect normal development and lifespan when they adhere to treatment. 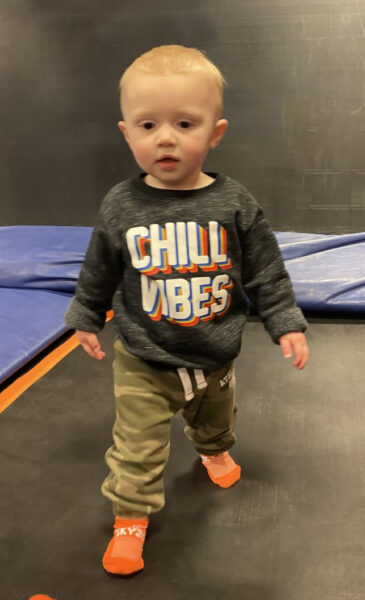 “I learned that Oliver would require regular blood tests to check his Phe levels,” says Mindy.

Every 2 weeks, Mindy made the drive from Massillon to Akron so Oliver’s blood could be tested. But since Children’s didn’t have its own metabolic lab, tests had to be sent away – often taking up to 7 days for results.

“Phe levels need to be monitored closely and frequently in patients with PKU, especially in the first few years of life,” says Dr. Alali. “The delay in reporting means more time the growing brain is exposed to unfavorably high Phe levels.”

In October 2021, Children’s opened its own metabolic lab which has been a game changer for the Millers.

“I can do Oliver’s blood work from home now,” says Mindy, eliminating a 1-hour roundtrip drive. “I prick Oliver’s finger, fill the 3 dots, let it dry for 2 hours and stick it in the mail.”

Dr. Alali says receiving quicker results of Phe levels (usually in a few days) allows a child’s formula/food to be adjusted sooner. In addition to food, other factors play a role in Phe levels. 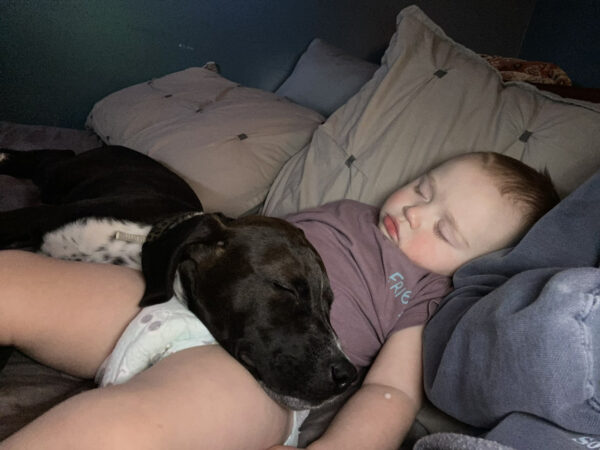 Oliver taking a snooze with his puppy Nova

“Viral illness, respiratory infections and fever can result in decreased oral intake and increased breakdown of body protein which in turn leads to a high Phe level,” he says. “Some medications also contain Phe and aspartame that can cause an elevated Phe level.”

Oliver is on a special formula and basically adheres to a vegan diet that consists of lots of fruits and vegetables and gluten-free items. Since his birth, Mindy has worked closely with Meghan.

“Every PKU kiddo is on a special formula from infancy through adulthood that is free of, or very low, in Phe,” Meghan says. “The formula itself changes as they get older, but that component does not change. I provide them with recipes for these formulas to meet nutritional needs without going overboard on Phe.”

Mindy is vigilant about tracking everything Oliver eats, which Meghan says is vital to maintaining a stable Phe level.

“Phe levels are very sensitive to what Phe people eat in their diet,” Meghan says. “They don’t have enough enzymes to break it down and keep Phe levels stable. If they have too much their levels will shoot up and if they short themselves the levels will drop down. This up and down motion is damaging to the brain.”

As Oliver gets older, Meghan says he will take more control of his diet.

“We encourage families to involve kids as soon as they are old enough to understand and then gradually hand over the control of one meal or one day until they become comfortable enough to manage it on their own,” says Meghan. 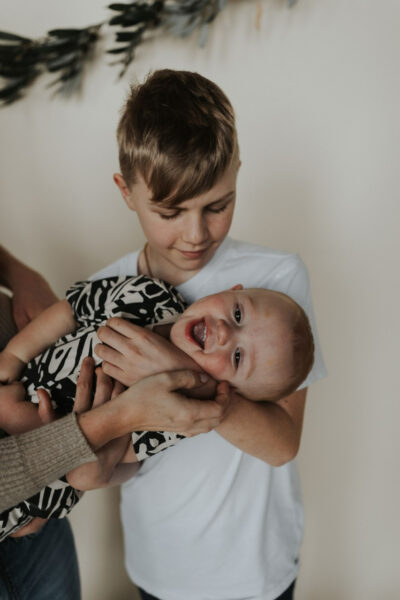 Oliver is pictured here with his big brother Kayden. As Oliver gets older, he will learn how to manage his PKU with the help of his family and his team at Akron Children’s.

“Oliver is expected to lead a normal life with no restrictions on sports, hobbies, or his education,” Dr. Alali says. “The only restriction needed is dietary, but fortunately injectable medication is available for adults with PKU that enables them to eat normally.”

Akron Children’s Metabolic Disorders Clinic is one of 6 regional metabolic centers designated by the Ohio Department of Health for the referral, management and treatment of infants identified with abnormal newborn screens. For more information, visit akronchildrens.org.

New PA Amy Seymore is eager to give it her all
Should I get my child tested for COVID-19?
Athletic trainers play a vital role in helping young athletes return to play during pandemic
Spray-on skin regeneration system is ‘game changer’ for burn patients
Helping teens tame that negative inner voice