a a a
skip to main content
akronchildrens.org
Home > Inside Blog > Patient Stories > Former PICU patient ready to give back as a resident

When Ann Jacobs’ son Eli Moss walked into her room and told her he wasn’t feeling well, she had no idea what was to come.

Eli was experiencing cold symptoms that kept him home from preschool, and Ann and Eli’s father took him to their local emergency department after he spiked a high fever. The ER team found his chest x-ray clear and his blood work clean and sent the family home with supportive care instructions.

However, Eli and his parents found themselves back in that same ER a few days later after he developed shallow breathing and a rash on his abdomen.

This time, doctors discovered Eli had pneumonia and his condition was quickly deteriorating. He was flown to Akron Children’s where Dr. Jim Besunder and his team cared for him.

When he arrived at Akron Children’s, Eli was diagnosed with pneumonia, empyema – an infection between his chest wall and lung — and toxic shock syndrome (TSS). TSS is a sudden and potentially fatal set of symptoms that can affect several systems in the body. It is usually caused by infection with streptococcus or staphylococcus bacteria. In Eli’s case, his TSS was caused by a streptococcus infection that traveled to his upper respiratory tract.

“I didn’t realize how sick he was,” said Ann, who rode with her son in the helicopter.

Dr. Besunder and his team worked quickly to stabilize Eli, putting catheters in place and giving him medications to help combat the TSS and infections. While Eli quickly stabilized, his family and Dr. Besunder were unsure if the infection and treatment would impact his development. 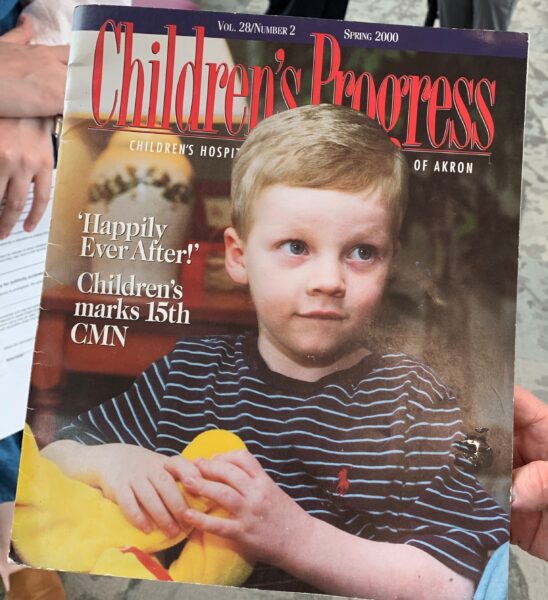 As a 4-year-old, Eli appeared on the cover of Children’s Progress after his successful treatment. 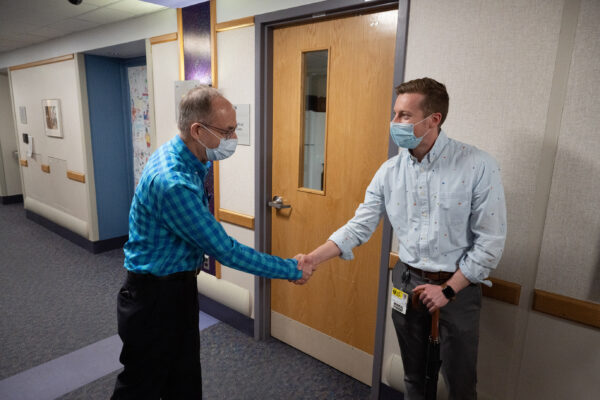 Eli and Dr. Besunder reunite after he treated Eli 22 years ago

His development was unaffected, and now, 22 years later, Eli is a medical student preparing to begin a residency at Akron Children’s once he completes his fourth year of medical school.

“I’ve read multiple studies about the effects of multiple days in the PICU on children and different things like its effect on IQ, so I’m always hypervigilant about that,” Eli joked.

Though he didn’t intend to focus on pediatrics as his medical specialty, Eli saw how much impact he could have.

“It was only when I was doing pediatrics that I saw things like Christmas cards in the office and I realized that these relationships are ones that transcend the patient-provider interaction. I feel like I’m helping and I’m glad I’m able to give back to families,” Eli said.

As Eli worked his way through each medical specialty during his internship, he became more curious about his PICU experience and Dr. Besunder, which led to the meeting between the two and Ann. 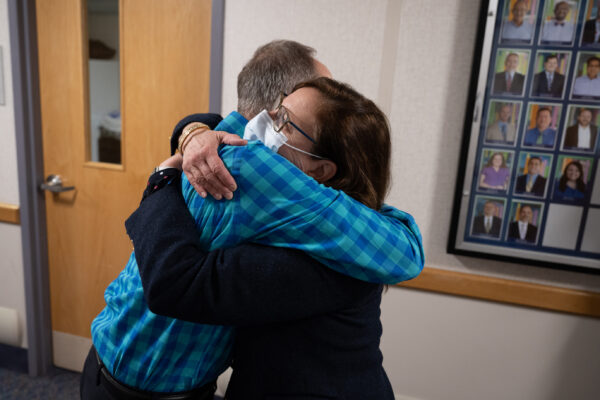 Dr. Besunder not only remembered Eli, but presented him with a copy of his handwritten treatment notes.

“I remember you being really sick, but not as sick as when I read my notes,” Dr. Besunder told Eli. “And for me, it was interesting just looking at over two decades how our management of septic shock has changed.”

Dr. Besunder and his team thought Eli had a 20% chance of survival.

“With everything you had, it was about 80% chance that you wouldn’t make it,” Dr. Besunder recalled. “It’s always hard. I like to give some optimism, but I also feel you need to be honest with families. I’m always reluctant to give percentages because the final outcome is either 0% or 100%.” 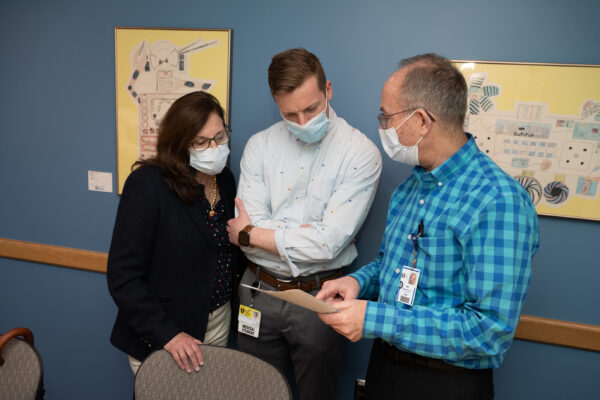 Ann and Eli’s father spent the night by his side in the PICU watching other families struggle with the outcome of their child’s condition. After an incredibly long night of uncertainty, Dr. Besunder walked into Eli’s room carrying a cup of coffee.

“When I saw him standing there with a cup of coffee, I knew things were going to be okay,” Ann said. “What a gift you’ve given us.”

The treatments provided by the PICU team helped Eli turn the corner and 18 days later, he was able to go home. And now, Eli is ready to give back. 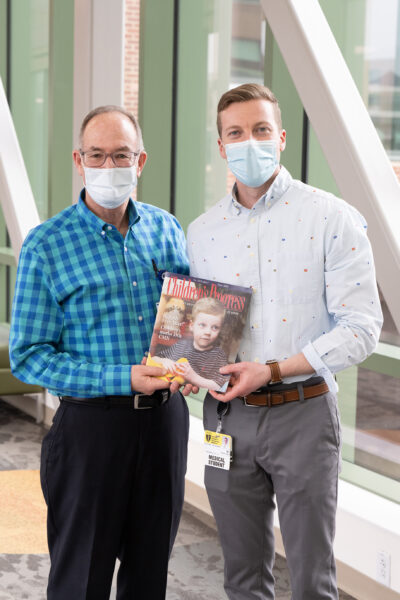 Eli and Dr. Besunder pose with his edition of Children’s Progress.

“This is why I went into medicine,” said Dr. Besunder. “This is priceless seeing not only a life saved, but such a productive young man now and entering into the field of medicine. You don’t know how much this means to me.”