a a a
skip to main content
akronchildrens.org
Home > Inside Blog > Tips & Advice > What to say to kids about climate change 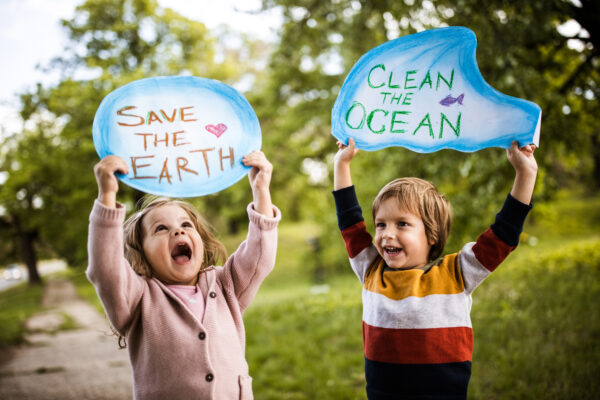 Show kids how to do their part to protect and care for the environment early and often so they become positive change makers.

With seasonal temperatures on the rise and natural disasters becoming more catastrophic, it is easy to understand why climate change has become part of everyday conversations.  Although parents want to help their kids understand why these changes are happening, pediatrician, Arthur Lavin, MD, FAAP at Akron Children’s Hospital Pediatrics, Beachwood, reminds parents that talking to kids about big concepts like climate change should be both meaningful and age-appropriate.

“A child isn’t living and seeing climate change the same way adults see it or understand it,” said Dr. Lavin. “Up until adolescence (before age 6), it’s hard for a child to process the complexity of long term threats. This isn’t a sign of poor intellect rather it has everything to do with the natural progression of thought.”

Before age 6, parents shouldn’t focus on the why and what of climate change, which can be scary or overwhelming for a child. Instead, focus on who can help the environment – you and your child. Things like recycling, turning water off while brushing teeth and using reusable packaging can make kids feel good about doing the right thing and making a difference.

“These small efforts slowly pay off because it becomes a part of who they are and their daily routine. For little ones, helping the environment won’t be about making a change, it will already be a way of life,” said Dr. Lavin. “These patterns help kids put the puzzle pieces together of cause and effect. If I do this then there is less waste. If there is less waste then we don’t have to put as much trash in the ground and so on.” 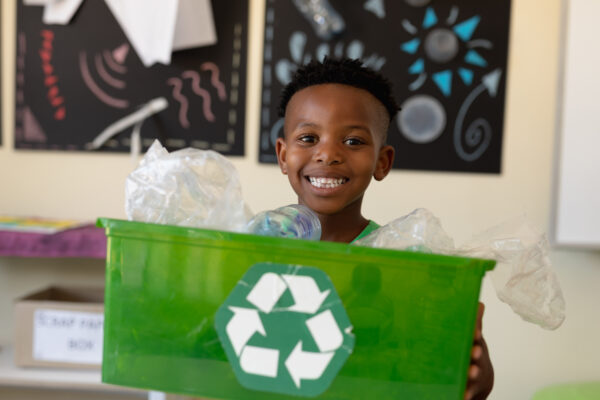 Making connections between conversations, education and actions is how a child learns the importance of protecting the environment.

As kids enter elementary school, they can begin to participate in more meaningful conversations because they can better understand concepts learned from age-appropriate books or lessons in school. These formative years, ages 6-12, are when kids pull together conversations, general knowledge and actions that set the stage for how they view the world later in life.

“During adolescence, kids understand how to talk about others beyond themselves and wonder about things that are more complex,” said Dr. Lavin. “With this awareness comes the ability to talk about a big concept like climate change and its impact on society and their role in the world.”

Around middle school, some kids may want to become more involved with the issue with their own time, words or actions.

“The kids who were involved in early awareness and built knowledge over time are often the same kids who want to make changes and be part of the narrative in shaping the world they live in,” said Dr. Lavin. “This is when parents take on more of a support role as kids seek out information on their own and learn how policies and politics can support an issue or cause.”

Dr. Lavin notes that while a layered or age-driven approach to talking about climate change makes the concept easier to understand, sometimes actions – like recycling and reusing – speak louder than words.

If you need help talking to your child about big concepts like climate change or easier ones like the importance of eating vegetables each day, talk with your provider or find one at Akron Children’s Hospital Pediatrics.

Why are kids still suffering from COVID-related anxiety and how can we help?
6 old-school remedies that could be dangerous for your grandbaby
Finding a primary care provider through virtual interviews
My Toddler Hates Bathing. What Should I Do?
Are kids anxious over coronavirus news?