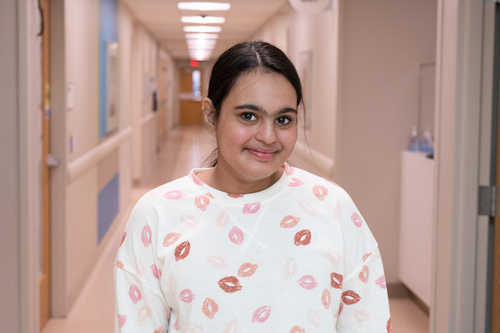 At age 5, Amy Kaur was diagnosed with type I diabetes. Now age 12, she has learned how to take care of herself with the help of her endocrinologist, Dr. Natinder Saini.

When Sandeep Kaur first met Natinder Saini, MD, pediatric endocrinologist, she had just learned that her 5 ½ year old daughter, Amritleen (Amy), was a type I diabetic.

“I took Amy to the emergency department because she had been uncharacteristically sick,” Sandeep said. “She was drinking a lot of water and urinating frequently and then she started throwing up.”

A blood test revealed Amy’s glucose level was in the 600 range and she had ketones in her urine.

“Had Amy not come to the ER when she did, her health would have deteriorated further requiring an ICU admission,” said Dr. Saini. “It is so important for families and primary care providers to be familiar with symptoms of diabetes to avoid life-threatening outcomes of the disease if it goes undetected.”

When Sandeep was first told Amy had type I diabetes, she had no idea what that meant. As fate would have it, Dr. Saini was on call in the hospital during Amy’s admission, and she was about to help their family in more ways than one. 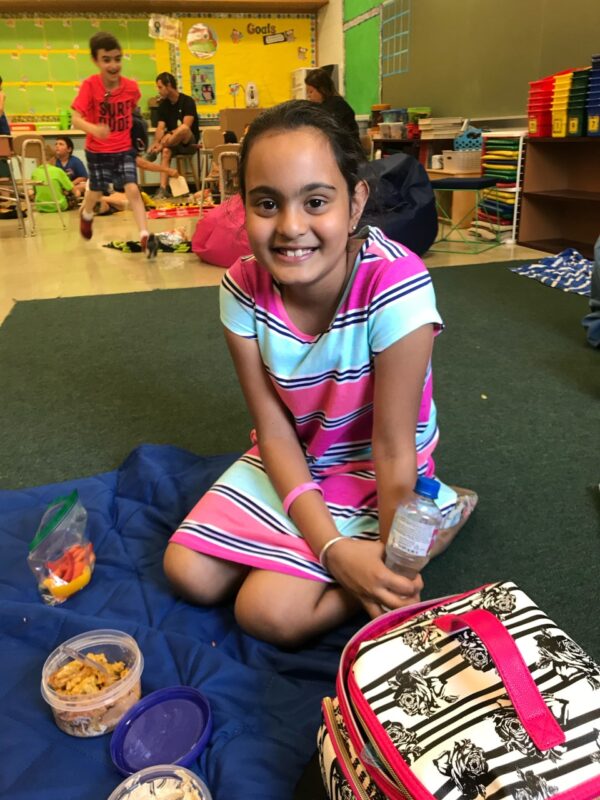 After having an insulin pump for years, Amy now relies on insulin shots – which she gives herself daily.

“Kaur is my middle name,” said Dr. Saini. “When I heard the name, I knew we likely had similar cultural backgrounds. As in many cultures, there is a stigma that gets attached to chronic disease and I wanted to do everything I could to keep that from happening.

“Multi-generational family dynamics, as in Amy’s case, create confusion with differing perceptions of disease,” Dr. Saini added. “Parents are often judged by the family or cultural society groups when their child is diagnosed with a chronic life-long illness. Often, there is a movement to heal using holistic practices which can be dangerous given there is no evidence that alternative forms of therapies cure the underlying disease.”

Sandeep, who is fluent in English, says one of the biggest challenges for her was explaining the process of diabetes given the language barrier with her family, including Amy’s father.

“They could not understand the severity of her diabetes,” she said. “Having Dr. Saini communicate with the family unit in our language (Punjabi) helped everyone to better comprehend and understand her condition.”

Outside of the language barrier, Dr. Saini was also able to relate Amy’s condition to their religious beliefs.

“What God has fated for us is part of what we practice in our faith. Trust in God who will help us through difficult times,” said Dr. Saini.

Another thing they had in common were some of the traditional Indian dishes they enjoyed cooking and eating. However, Dr. Saini knew the recipes Sandeep liked to make would have to be adjusted to accommodate Amy’s diabetes, so she took it upon herself to do a little research. 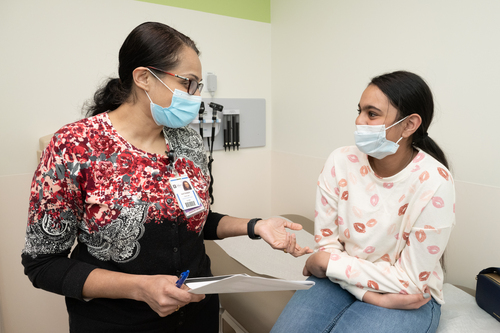 “There was no recipe book that told me how many carbs are in lentils – I had to look it up,” said Dr. Saini. “I gave Sandeep a chart with Indian recipes and the different carb counts for each dish.”

Like Amy, Dr. Saini was born in the U.S.

“We were both raised with similar family values and support systems which made it easier for me to help Amy recognize the importance of creating a team unit with her family to help her manage her diabetes,” she said.

Amy is now 12 years old and a typical middle schooler who likes tennis, soccer, pizza and mac and cheese. After having an insulin pump for years, she decided to take a break from it and now relies on daily insulin shots – which she gives herself.

“Amy felt like the pump really made her stand out as different. She feels more in control without it,” said Sandeep. “I’m very proud of Amy. It’s a lot to take on at such a young age. She has acclimated herself to her condition and knows how to take care of herself.”

Sandeep attributes much of Amy’s success at learning to manage and control her diabetes to Dr. Saini.

“It makes a difference when you have someone who you can relate to and who also relates to you,” she said. 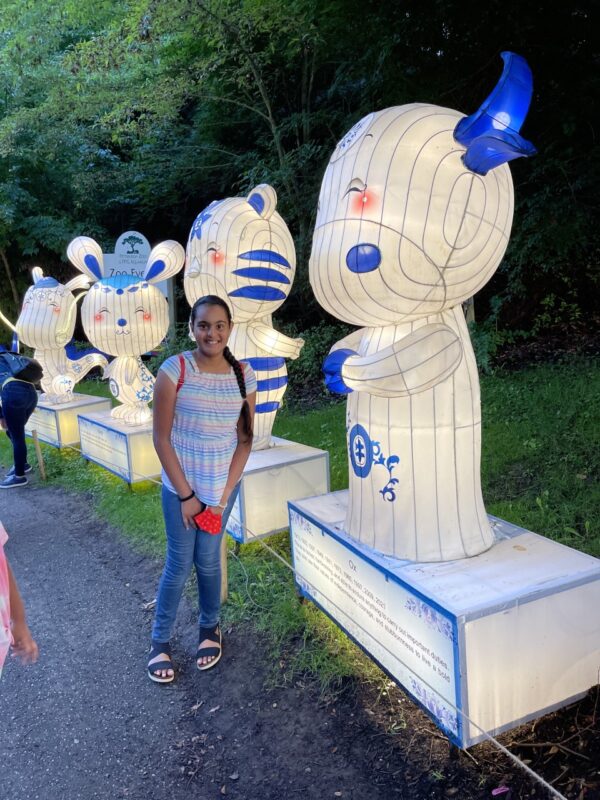 “We need to ‘see and hear’ what our patients need from their perspective to build mutual trust which will help minimize health disparities and improve care for the community,” she said.

Visit Akron Children’s website for more information about its efforts to provide culturally competent and equitable care for all.

Mom is champion of son with Down syndrome
Western PA native cherishes practicing medicine near home
From incubator to neonatology: Veronica Shaffer is living out her dream of giving back
Helping kids is the biggest reward for pediatric intensivist Dr. Rashed Durgham
Get your top 7 post-baby body questions answered