a a a
skip to main content
akronchildrens.org
Home > Inside Blog > Sports > Consistency of care helps sisters overcome ACL injuries 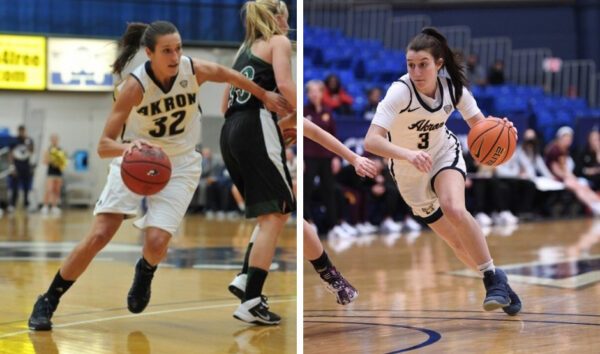 A basketball family often includes teammates, coaches and a common goal. For the Tecca sisters, Emma and Rachel, it also includes their physical therapy team at Akron Children’s Hospital who rehabbed their ACL (anterior cruciate ligament) tears so they were ready to reach their goals in Division I college basketball.

“There are a lot of reasons ACL tears can occur – genetics, fatigue, overuse – and because this injury has one of the longer recovery times, it can be very challenging to overcome mentally and physically,” said Cortney Myer, PT, DPT, SCS, CIDN, physical therapist at Akron Children’s Hospital. “Trust is a big part of the equation, too, because to reach the end goal of a healthy repair, athletes have to trust that our treatment will work.”

In 2017, Emma was a junior at Hoban High School with hopes of playing basketball at the next level. After suffering a right ACL tear that year, Emma and Cortney bonded during physical therapy sessions. The relationship grew stronger when, the following year, Emma tore her left ACL.

“We knew Emma’s end goal and since our therapy team knows the expectations of D-1 athletes, we modified her workouts, added exercises outside of rehab and worked on visualization techniques,” said Cortney. “Physical therapy also takes a lot of mental stamina, so we utilized sports psychologists and cognitive rehab to exercise both mind and body to build back strength and confidence in her game.” 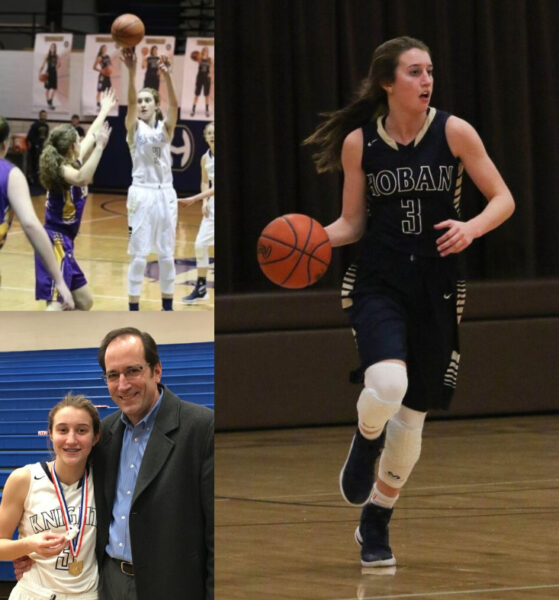 Emma was determined that her injuries wouldn’t hold her back from playing in college. With support from family (with dad above) and physical therapy, she achieved her goal.

Emma met with her Akron Children’s physical therapists 2 days a week for 6 months to get through a 3-phased plan – education and range of motion, strength training and neuromuscular conditioning, and agility.

“I worked really hard in rehab and was committed to doing whatever it took to strengthen the muscles around my knee so I could get back to being the athlete I was prior to the injury,” said Emma. “The mental strength of pushing forward took just as much work. I had to build up my confidence … it helped knowing my older sister went through the same process and was an amazing athlete.”

Emma’s sister, Rachel, is 9 years her senior and was also a highly competitive basketball player. In 2011, Rachel was a rising star on The University of Akron women’s basketball team but, just 10 games into her junior year, she tore her right ACL and redshirted.

“I was just coming back from compartment syndrome surgery and was still experiencing leg pain when I tore my ACL, so my family sought out Dr. Congeni who suggested Cortney for rehab,” said Rachel. “She not only rehabbed my knee, but also determined the weakness of my hips and core was likely contributing to my previous injury. After a few weeks of rehab and Pilates-based exercises, my muscular leg pain was going away and we were on our way to a full ACL recovery.” 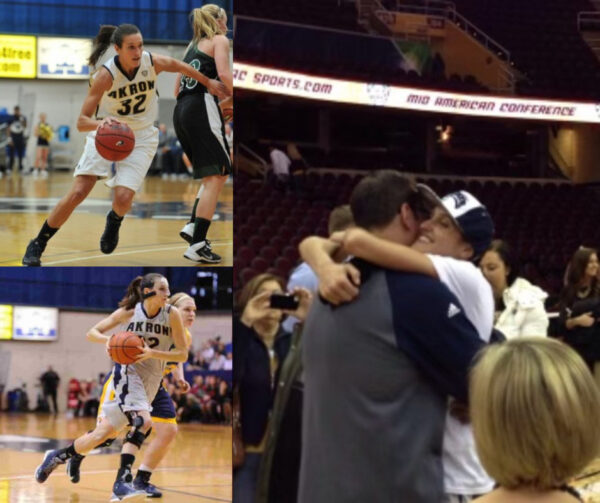 After her ACL tear, Rachel came back with a vengeance to help The University of Akron women’s team make its first-ever NCAA Tournament appearance in 2014. (Hugging her dad, above right)

Because Akron Children’s physical therapists have been the sole physical therapy providers for The University of Akron’s athletic department for the past 10 years, the Tecca sisters worked with the same therapists to help them achieve their goals.

In 2019, Emma’s hustle, grit and determination paid off, as she earned a spot on The University of Akron women’s basketball team. In 2020, the redshirt freshman appeared in 20 contests, making 10 starts and, this year, helped her team place 3rd in the Mid-American Conference (MAC).

After Rachel’s ACL recovery, she returned to Akron for the 2012-2013 season and scored 18.5 points per game, set the school’s single-season scoring record and won MAC Player of the Year honors. The following year, she earned MAC Tournament MVP honors in leading Akron to its first-ever NCAA Tournament appearance. 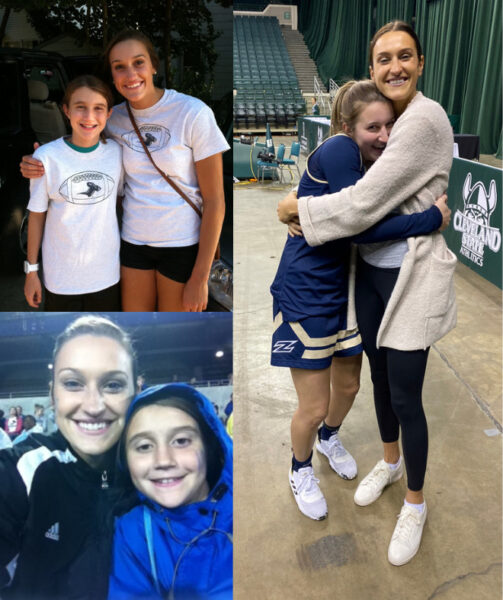 Rachel and Emma have always been close and supportive of one another – on and off the basketball court.

While basketball season has wrapped up for the sisters, their strength training doesn’t stop.

“In the off season, I do a lot of conditioning and dynamic warm-ups before practices to help prevent injuries,” said Emma. “I still work with Cortney because she knows how to get the best out of me so that I can be my best physically. Considering my injuries, I wouldn’t have achieved what I have in basketball without her.”

Rachel, who now officiates for Division I, II and III basketball as a hobby, also still does workouts to stay in top form.

“Ten years later, I still do Pilates exercises just like Cortney taught me when I was playing,” said Rachel. “I can’t speak highly enough about the staff at Akron Children’s. I would recommend them to any athlete… They were the sole reason I recovered from my ACL injury stronger than before. I am forever grateful for their knowledge, expertise and support.”

Should I get my child tested for COVID-19?
Dare to address addiction: What parents need to know
Red, white and boom! 10 tips to keep kids safe this fireworks season
Summer starts with a crash for Cole, but he speeds into therapy
Dr. Leroy Eberly is helping Akron Children's keep patients close to home