a a a
skip to main content
akronchildrens.org
Home > Inside Blog > Employee Features > Family, fun and travel await Colette Libertin in retirement 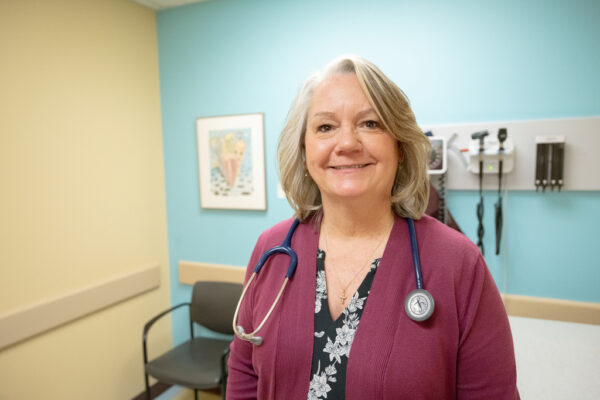 Colette Libertin, pediatric nurse practitioner, comes from a large family. When Colette, the seventh of 8 children, was born, her oldest sister was in nursing school in Dayton, Ohio. Her stories about nursing impressed Colette, who decided to pursue nursing, too.

“After college, I only interviewed at Akron Children’s,” Colette said. “When asked where else I applied, I answered, ‘Nowhere.’ The interviewers were surprised, but I knew I only wanted to work in pediatrics.” 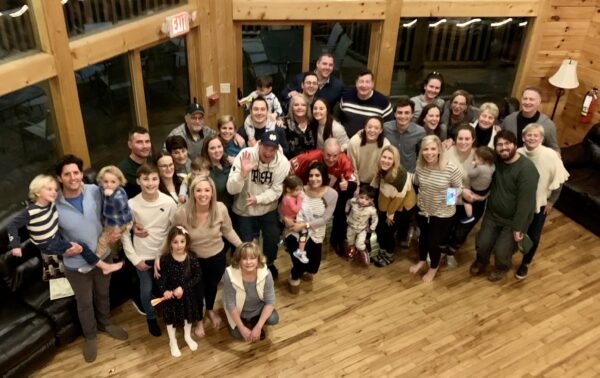 Many of Colette Libertin’s family attended her 60th birthday weekend celebration in Hocking Hills, Ohio, that Colette’s 4 children planned. The family gathered in February 2020, right before the global pandemic outbreak.

What brought you to Children’s?
After college, I wanted to move back to Akron to be closer to my family. Between moving to Akron and starting a new job, it was already a wild period for me. In that same month, I also graduated from The Ohio State University with a bachelor of science in nursing degree and married Nick, who was in medical school at Northeast Ohio Medical University. Dr. Nicholas Libertin, a much-loved pediatrician at Akron Children’s Hospital Pediatrics (ACHP) Green office, died prematurely in 2003.

Have you always worked in the same department and role?
I’ve worked in several different areas of the hospital. Initially, I worked night shift as a staff nurse on the toddler unit before moving to night shift in the emergency department (ED). I loved the excitement of the ED because I was always learning something new. As I furthered my own nursing education, I put it to use and became a nurse educator.

Next, I accepted a position as the advanced practice registered nurse (APRN for Children’s newly formed trauma center. During my time with the trauma department, I spent 2 years with pediatric neurosurgery and assisted in the development of our trauma brain injury program.

I came full circle 9 years ago when I joined ACHP Green, my husband’s former office. It was like starting my career all over again as I moved from inpatient to outpatient care. Luckily, my colleagues were patient with me! 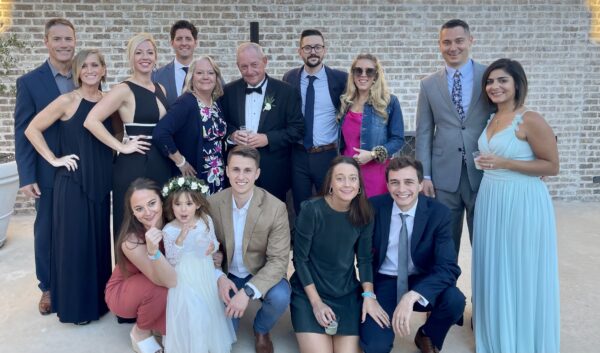 Colette Libertin, along with her children and their partners, attended a family wedding in Texas last November.

What have your biggest contributions been while here?
It’s always been my priority to take care of every child and their family as if they were my own. I tried to meet that goal through my contributions, whether it was as part of a team implementing a triage order to decrease wait times for ED patients, screening and providing care for patients suspected of alcohol and substance abuse, or working on concussion assessment guidelines for the trauma program with Dr. Joseph Congeni and other team members. I’ve also mentored and taught other health care professionals. I was an instructor for basic and advanced life support training and trauma-focused curriculum for Children’s staff, community hospitals and EMS squads. Finally, it was an honor to be nominated for and receive a Cameo of Caring nursing award in 2003.

How has Akron Children’s changed since you started here?
The establishment of the Rebecca D. Considine Research Institute was huge for Children’s. It complements Children’s by promoting clinical studies and translational research advances in pediatric health care. The growth of the Akron campus’ ED, from 4 beds to 39 beds, has also benefitted children and their families. The creation of Children’s inpatient rehabilitation unit, which meant children no longer had to transfer to another hospital for inpatient rehabilitation care, made it so much easier on children and their families. Finally, the transformation and evolution in the profession of nursing over the past 40 years has been wonderful to be part of. 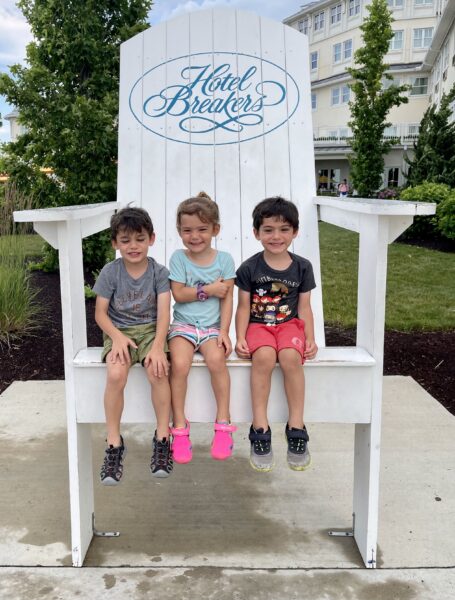 Colette Libertin looks forward to fun outings, including an annual trip to Cedar Point. Colette’s family, along with her siblings’ families, first went in 1988 and the outing has grown to include the next generation. Shown in this photo are Colette’s grandchildren Amelia and her twin brothers, Grayson and Noah.

With so many little children here, did someone or something especially touch your heart?
Many of the trauma patients I cared for have stuck with me because of their resiliency and strength. I’m especially touched by every single child abuse case, every single one. At ACHP Green, I have truly enjoyed the continuity of care in the outpatient world. Developing relationships with the children and their families has been very special.

Do you have any advice for people just starting at Children’s?
Always try to work as a team member. Listen and keep the child’s best interest in mind when doing anything.

What’s the last book your read?
“A Time for Mercy” by John Grisham