a a a
skip to main content
akronchildrens.org
Home > Inside Blog > Patient Stories > Medical genetics journey leads East Liverpool family to a surprise and a diagnosis for their son 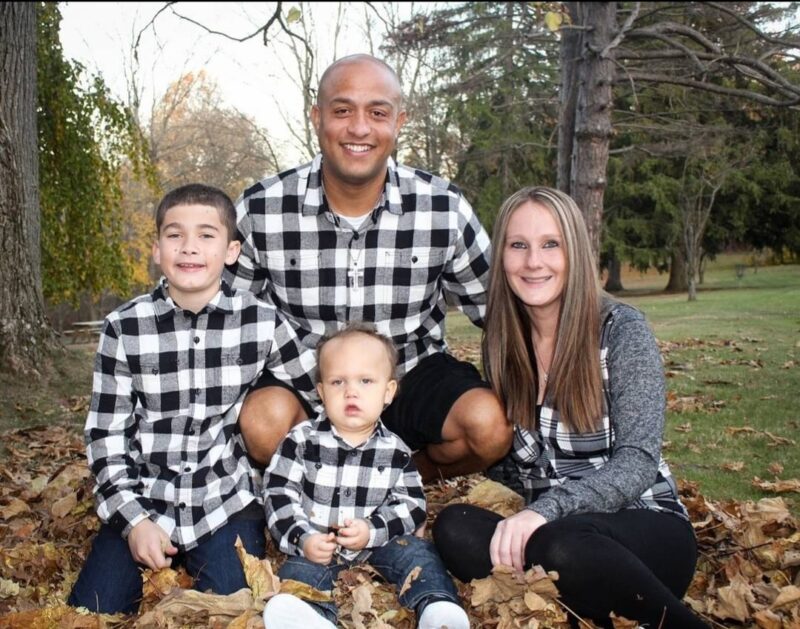 Heather McCune believes her journey to find a diagnosis for her son, Zakari, shows the importance of parent advocacy, and never giving up.

It took Heather McCune and her fiancé, John Scott, three years to get a diagnosis for their son and learned something quite remarkable. He is the third-known child to be diagnosed in the world with a genetic condition so new it does not have an official name.

Heather, who lives in East Liverpool, recognized almost from his birth that Zakari had some developmental delays. She had talked to several doctors about her concerns but saw no real progress in finding answers until meeting with Dr. Jason Laufman, a geneticist at Akron Children’s Hospital, in 2019.

Zakari’s delays and low muscle tone made Dr. Laufman consider a genetic disorder. His first steps were to look for chromosome duplications or deletions. All was normal. The next step was to order a test called whole exome sequencing, which looks at all the protein-coding regions of Zakari’s DNA and compare his DNA with his parents’ DNA. This too resulted in no clear diagnosis.

Then Dr. Laufman referred Zakari to the Undiagnosed Disease Network, based at Harvard University and affiliated with the National Institutes of Health, in July 2021.

“They reviewed our testing and found one change in a gene (ARF3) in Zakari that was not found in either of his parents,” said Dr. Laufman. “However, there was no disease associated with this gene at that time and, unbeknownst to me at the time, a paper had just been written about ARF3.” 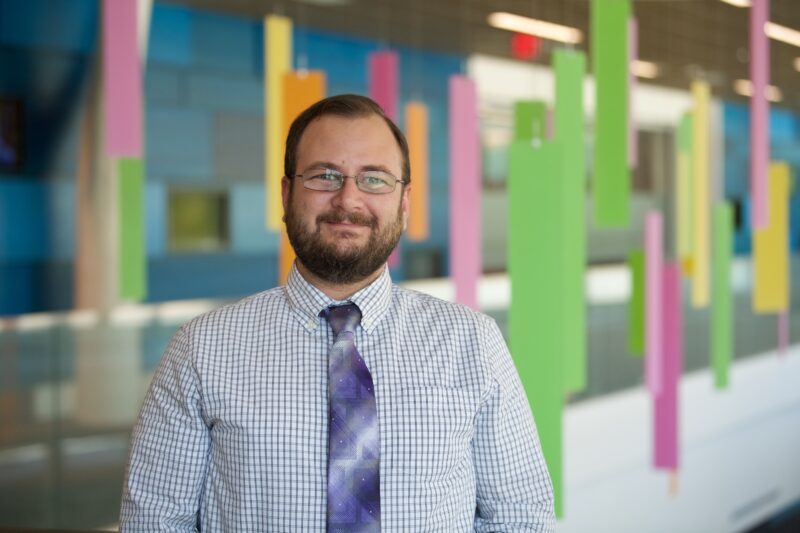 Dr. Jason Laufman is a geneticist at Akron Children’s Hospital.

The 13-page paper published in the August 2021 journal Human Molecular Genetics reviewed the cases of two other children identified with the same gene variant and facial features reminiscent of Zakari. The other children live in Turkey and Japan.

The Undiagnosed Disease Network made the connection between the Zakari and the paper just published on ARF3 and notified Dr. Laufman.

The official diagnosis came just about a week before Zakari’s 3rd birthday. 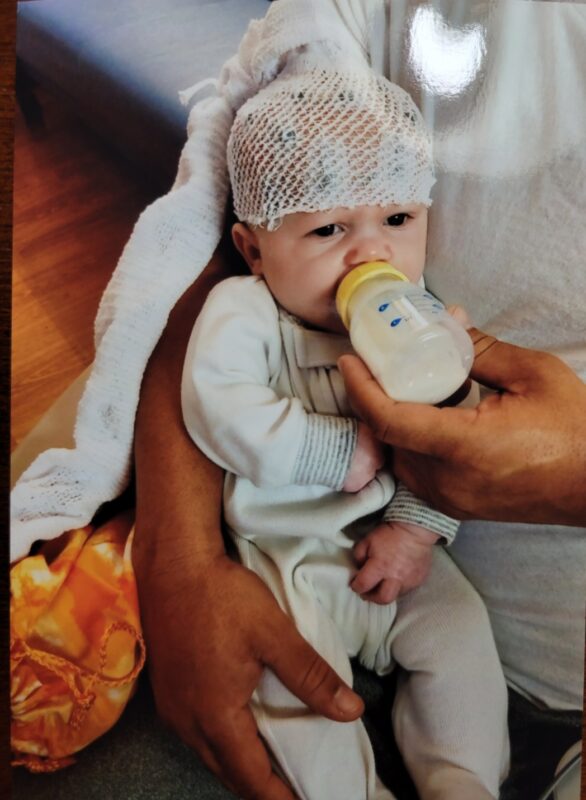 “We really appreciate Dr. Laufman fighting for us, helping us find an answer,” said Heather. “There’s not a lot of information out there but we okayed paperwork for Zakari’s information to help other families who may get this diagnosis. We want to help as many people as we can.”

Based on a review of the first two cases, the ARF3 gene change is associated with brain abnormalities, epilepsy, and neurodevelopmental delays. It does seem to not involve any other organ systems. The low muscle tone affects Zakari’s motor skills. He struggles with choking when he swallows and still cannot eat solid foods.

“But he’s very alert and knows what’s going on – he’s a great kid,” said Heather. “Recently, he’s been less fearful venturing out of the home, and especially loves taking trips to Wal-Mart and Giant Eagle. He loves to sit in the shopping cart.” 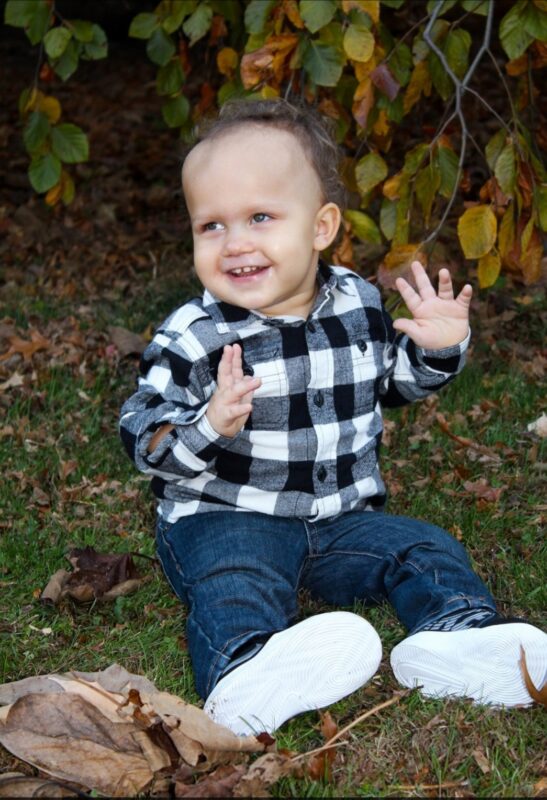 Dr. Laufman connected Zakari’s family to the Undiagnosed Disease Network, which learned of an academic paper linking him to similar cases in Turkey and Japan.

Zakari also loves listening to music, from simple kids’ songs to Johnny Cash and gospel music, and playing with his older brother, Deonte.

Having a diagnosis – even one as rare as 1-of-3 cases in the world – gives the family some closure and their next steps are to resolve some health insurance issues and get Zakari started in some intensive therapy.

“I am happy to share our story because I want families to be able to speak for kids who can’t speak for themselves,” said Heather. “I knew something was not right with Zakari. He cried – actually screamed a lot – during his first year, and some people made comments about him having colic, or even suggested I was having postpartum issues. It’s been difficult but I knew in my gut ‘he wasn’t fine.’”

“Genetics can be hard to understand and he [Dr. Laufman] never minded repeating things,” she said. “He was willing to keep helping us get answers, whether it took months or years.”

Her family’s journey these past 3 years is a reminder, she said, that “parents will always be a child’s best advocate.” 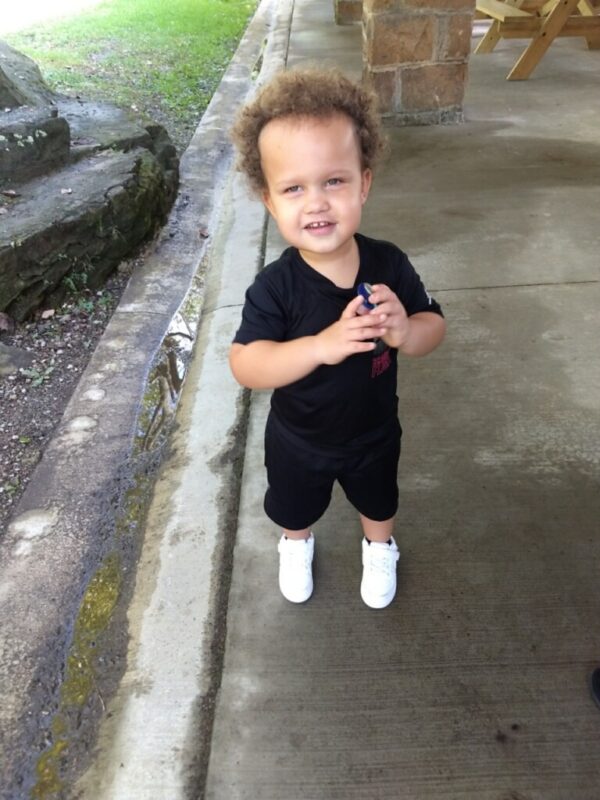 Zakari loves music and is now less fearful leaving his home. He now enjoys shopping trips with his mom, and being outdoors.