a a a
skip to main content
akronchildrens.org
Home > Inside Blog > Health & Parenting > Should I let my child quit sports?

Whether stemming from an injury, burnout or a disagreement with the coach, quitting a sport can have lasting effects on a child. As a parent or caregiver, understanding the repercussions of quitting can make you an asset to your child’s well-being when they contemplate leaving a sport.

“It can be a huge loss of identity for an individual,” said Dr. Allyson Weldon, sports psychologist. “And that often leads to a sense of depression or inappropriate coping behaviors.”

Quitting a sport, she said, generally comes from one of two places. Those who HAVE to quit because of a serious injury concern, and those who WANT to quit for one reason or another. 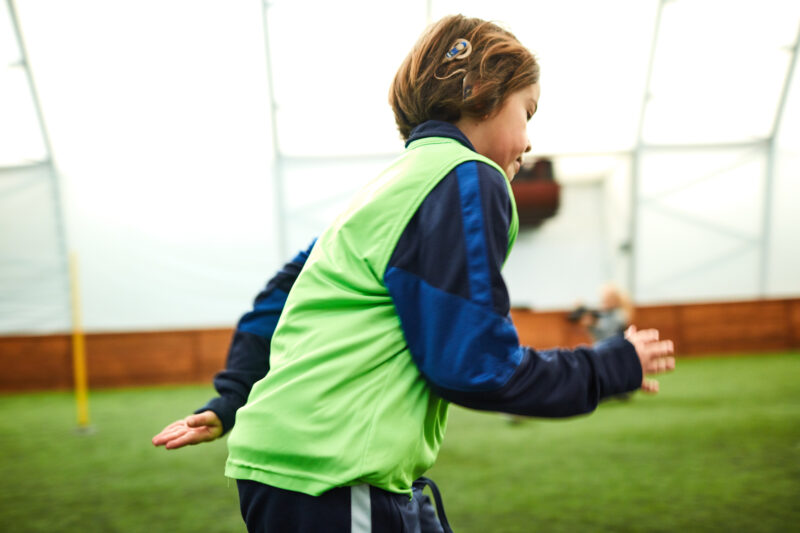 It’s important for parents to understand the repercussions of quitting a sport for their child.

When serious injuries happen
“Thankfully there aren’t as many injuries or medical problems that occur with young athletes where we have to consider retiring from a specific sport or all sports,” said Dr. Joseph Congeni, director, sports medicine. “There are so many things that we can do through rehabilitation, time and healing, and surgically. Plus, kids are so resilient and often able to bounce back.”

Dr. Congeni did, however, point out types of serious, but rare injuries that are more concerning when it comes to permanently retiring from a sport. For these, he said, have a serious conversation with a trusted sports medicine professional:
• Head and brain injuries, including severe and multiple concussions
• Neck injuries, particularly in collision sports
• Knee injuries that involve nerve damage
• Congenital spine conditions that can put athletes at risk of a paralysis-causing injury
• Heart abnormalities that put kids at risk for cardiac events

“We’re really lucky to have the full breadth of a team here – sports orthopedists, sports psychologists, pediatric cardiologists, etc. – to help us treat injuries, counsel young people on other sports they can migrate to if needed, and to prepare athletes for a safe return to playing as soon as they can after being injured,” he said.

When they’re mentally checked out
Many parents have been in a situation where their young athlete loses interest or has a falling out of some kind mid-season after joining a sports team. So, at what point should a parent make the child honor their commitment?

“There are times when ‘You started something, you have to finish out the season’ is appropriate, but there’s also times when it’s not,” Dr. Weldon said.

The appropriate time to see it through, she said, is when they’re just not overly happy playing the sport anymore, or it’s not as fun for them anymore. There are some team sports, she added, where quitting during the season can have a negative impact on the team, and those consequences should be acknowledged.

But if it’s more of a psychological component, she said, where anxiety is high because the coach is incredibly negative or degrading, or teammates are bullying the child, that would be a 100% appropriate time to say ‘No, you can quit. Let’s stop and figure this out.’

“If psychological well-being is truly being impacted, then that could be a moment where we quit midseason,” Dr. Weldon said.

Akron Children’s Sports Medicine provides parents and young athletes the resources and treatment options they need to have the healthiest sports seasons possible, both mentally and physically. Reach out at 330-543-8260 to schedule an appointment in Akron, Boardman, Boston Heights, Medina, North Canton or Warren.

The COVID-19 vaccine: What parents need to know
How to talk to your children when news is scary
Doctor's advice about shots: short-term pain, long-term gain
The "tooth" about pediatric dental care - (VIDEO)
Regular Bedtimes in Young Kids May Lessen Obesity Risk