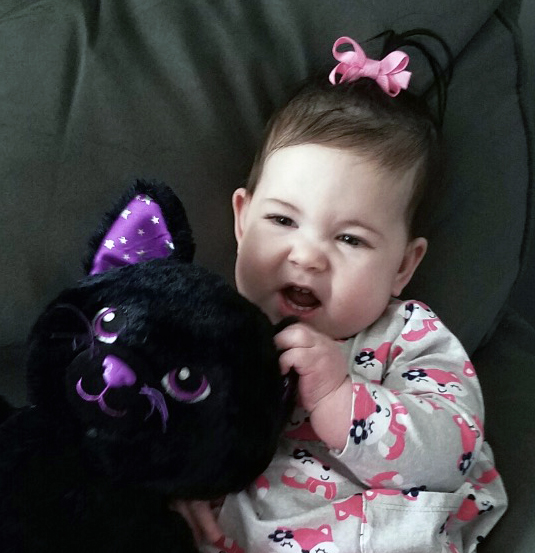 Addyson Staup has an appetite, and she likes most of the food her parents eat, in pureed form. She runs, she talks and she plays. At 21 months, she’s hitting developmental milestones. She’s a different child from the girl who not long ago was barely able to swallow or use her muscles. Addyson was in […] 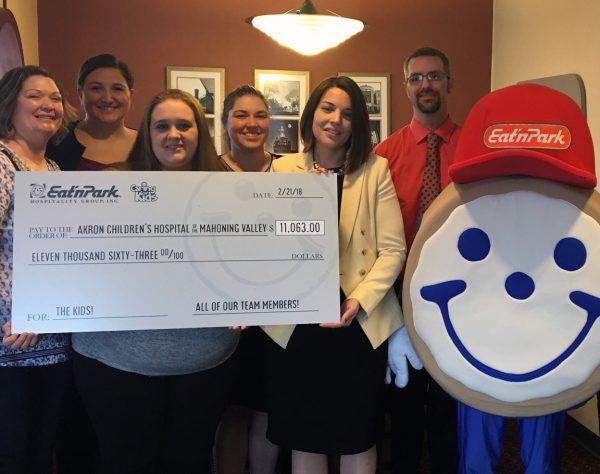 Local Eat’n Park Restaurants continued their fundraising efforts for Akron Children’s Hospital Mahoning Valley with their participation in the recently concluded 39th annual Caring for Kids campaign. The campaign raised $11,063 locally and was conducted through various fundraising activities at restaurant locations in the Mahoning Valley from Nov. 3 to Dec. 10, 2017. Since 2008, […] 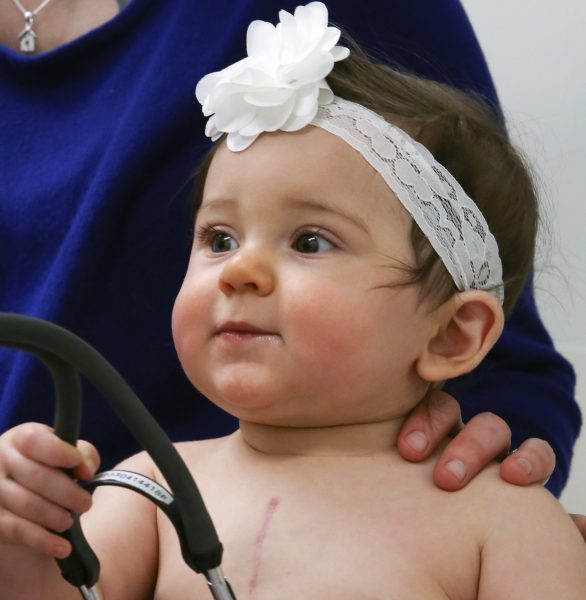 Zoey Ryan was born with a 7 millimeter hole in her heart — roughly the diameter of a pencil. Clinically speaking, her diagnosis of ventricular septal defect (VSD), is a fairly common one for infants, but that doesn’t reassure a new mother who’s been told her baby needs open-heart surgery. Zoey, from Beloit, was born in April […] 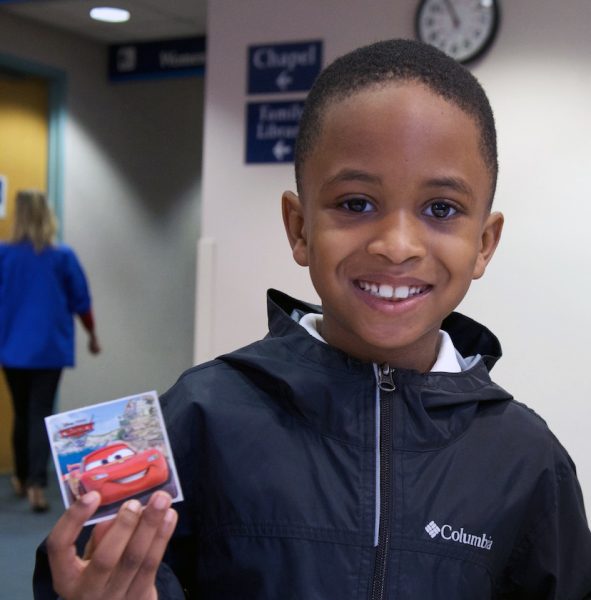 For many children, regardless of how often they have been to Akron Children’s, there may still be a moment of apprehension and uncertainty as they decide between the Spiderman or My Little Pony sticker during a stop at one of our visitor desks. Undoubtedly, it’s a scene repeated many times each day. In 2017, more […] 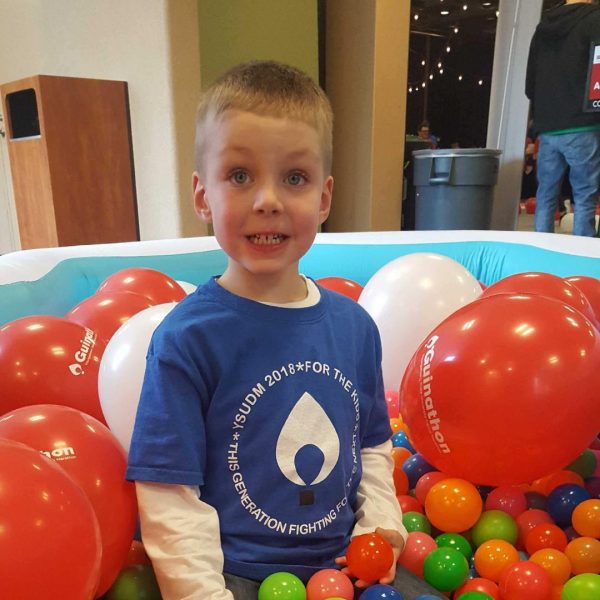 Over the past 2 years our family has had the privilege of participating in Guinathon, Youngstown State University’s Dance Marathon, which raises money for Akron Children’s Hospital Mahoning Valley. Last year, their first, the students raised over $18,000. This year’s goal was $30,000 — $1 for every time a child was seen in the Emergency […] 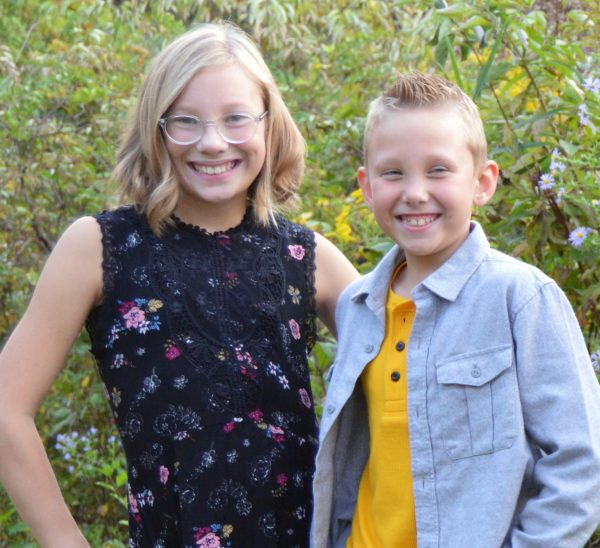 Julie Gnap will never forget the day when three small letters – SMA – made such a big impact on her life and the lives of the 2 people she loves most in the world, her daughter, Olivia, and son, Caleb. It was March 24, 2011, when Olivia, then age 4, was diagnosed with spinal […]