a a a
skip to main content
akronchildrens.org
Home > Inside Blog > Employee Features > Stefan Agamanolis recognized for work as chief innovation officer 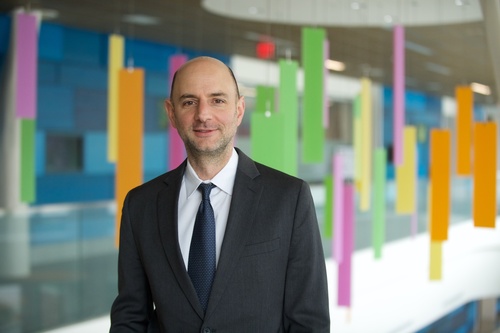 According to Becker’s, chief innovation officers are often vital to digital transformation efforts and initiatives to keep health systems on the cutting edge of delivering patient care by creating a culture of innovation, accelerating research and development, and managing venture capital funds.

A native of Akron, Stefan is a graduate of Oberlin College and the Massachusetts Institute of Technology (MIT). He joined Akron Children’s in 2010 as an associate director of the Research Institute before transitioning to senior director of patient experience. In 2018, he took on his current role.

“I’m responsible for executing a strategic plan for innovation at Akron Children’s which includes 3 main areas – Culture (mindsets and skills to support innovation), Engine (services and processes to accelerate ideas to impact) and Network (partnerships and collaborations to facilitate innovation) to support the growth of an innovation system,” he says.

The purpose of the Innovation Center is to house specific activities associated with innovation in health care, like the commercialization of inventions and intellectual property, certain kinds of investments, and the creation of collaborations with industry. In addition, the Center also conducts think tanks and innovation challenges to generate ideas, explore opportunities, and help stretch Akron Children’s into the future. 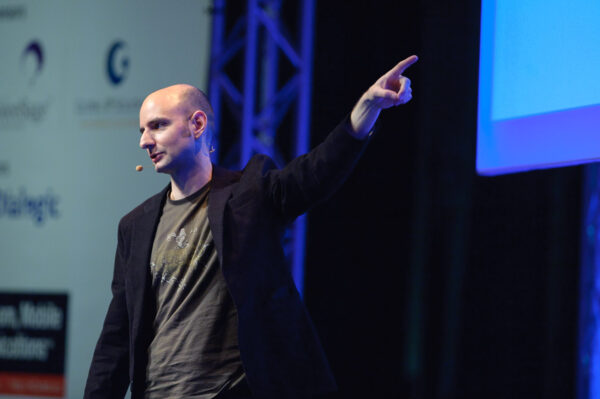 Stefan presenting at the eComm Europe conference in 2009 in Amsterdam. Prior to joining Akron Children’s, Stefan lived and worked in Europe in various roles including principal research scientist at Media Lab Europe in Dublin, Ireland, a collaboration between MIT and the Irish government in the early 2000s.

Successful innovation efforts often involve partnering with outside companies or start-ups to introduce new products and services on the commercial market.

“That’s why a key aspect of my role (and innovation work in general) is to strongly engage with the business community,” says Stefan.  “These products can improve lives far beyond our geographic area, while also providing a financial return for all stakeholders and contributing to the economic growth of the region.

“I’m very proud we got to launch 2 projects on the market last year, less than 3 years after creating the Innovation Center,” he added. “They are the Comfort Control Clock and the GAMUT Quality Improvement Collaborative. These are not only accomplishments for Akron Children’s but also for the inventors/originators of the ideas who invested considerable effort during the process.”

A favorite part of Stefan’s job is meeting with employees in various roles across the hospital system. “The best moments are sitting down with someone to hear their idea, which is an interaction I’m always grateful to experience because it takes trust to share your ideas with others,” says Stefan. 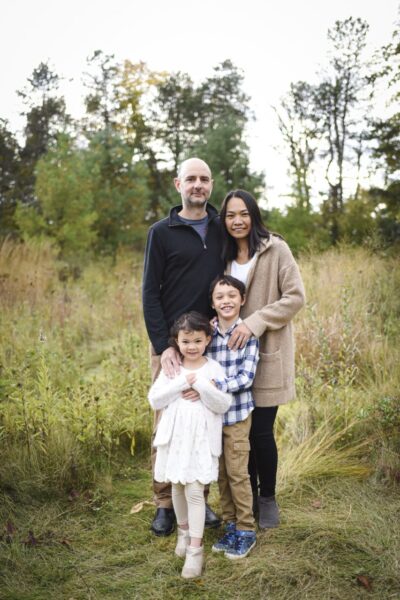 Stefan, pictured with his wife, Noi, and kids Alexander and Arianna. He says becoming a parent has helped him in his work by better understanding the patient/family perspective.

Some of those ideas, with the power to potentially transform the health or care of children, have left him in awe.

“These ideas are out there in our workforce, and I’m sure there are many more that haven’t been discovered yet,” he says. “We have heard equally great ideas from businesses in the region and it is gratifying to make connections in Akron Children’s that can help bring them to life.  Everyone grows and learns through this process, so even if the idea doesn’t reach the finish line, everyone is better positioned to succeed the next time.”

Prior to his work in the Innovation Center, Stefan was instrumental in the creation of the hospital’s monthly “chief moment officer” recognition during his time in patient experience.

“We heard so many wonderful stories of staff members at all levels leaving powerful impressions with families through the simplest acts,” he says. “It was a no-brainer that we needed to celebrate these moments and the staff members who generated them.”

Stefan was also influential in the hospital’s early work in the field of telehealth.

“With the support of the Margaret Clark Morgan Foundation, we created a small scale telepsychiatry service at Children’s,” he says. “It was one of the first telehealth services offered by the organization and resulted in many lessons and building blocks for later efforts.” 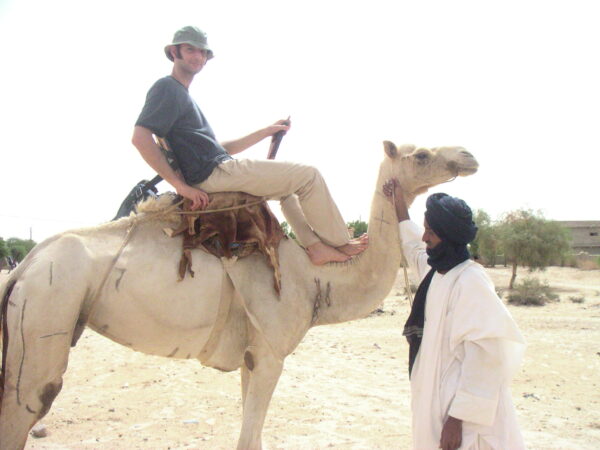 Having worked in Ireland and Scotland and as a visiting professor for New York University Abu Dhabi, Stefan says returning to Akron, meeting his future wife, and having a family have helped him be better at his job.

“My kids are ages 8 and 6, and the experience of building a family has been tremendously valuable in understanding the ‘patient perspective’ throughout my work at the hospital,” he says. “Being recognized by Becker’s is certainly appreciated because it means this work and Akron Children’s are getting noticed.”

Connect with the Innovation Center at https://akronchildrens.org/innovation