a a a
skip to main content
akronchildrens.org
Home > Inside Blog > Patient Stories > Dorian Gibson shares their story for Transgender Day of Visibility 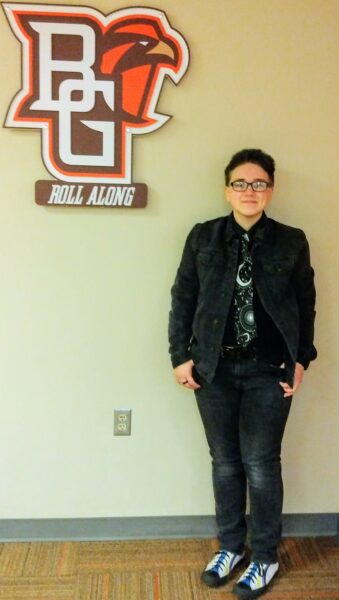 For as long as Dorian Gibson, age 21, can remember, they didn’t feel particularly male or female. Eventually, Dorian, who uses they/them pronouns, found the term that best describes them: gender fluid.

Dorian is one of 1.2 million nonbinary LGBTQ adults in the United States, according to a study published in June 2021 by the Williams Institute, a research center focused on sexual orientation and gender identity law and public policy. People who identify as nonbinary are one of the gender minorities that falls under the transgender umbrella, and use words such as nonbinary, gender fluid and genderqueer to describe who they are. More importantly, they don’t identify exclusively as male or female and, sometimes, use they/them pronouns.

Finding acceptance at home
When Dorian was 17, they came out to their mother about their gender identity.

“I told my mom, ‘Hey mom, I’m gender fluid. I’m not planning to do anything though,’” said Dorian, then a junior at Washington High School in Massillon, Ohio. “But a few months later, I knew I needed to take steps to feel better about my body and I asked for my mom’s help.”

Even though Dorian’s mom initially had trouble grasping what it meant to be gender nonconforming, she was open and accepting of the way Dorian dressed, acted and presented themself. In the early days prior to Dorian’s coming out, she used their preferred nickname instead of their birth name. Later, she helped Dorian when they legally changed their name one month prior to turning 18. Dorian’s father also signed the legal paperwork.

Since Dorian wanted to take steps to feel more comfortable in their own skin, Dorian’s mom helped Dorian find Akron Children’s Hospital Center for Gender Affirming Medicine. Part of the adolescent medicine division, the center offers care and a variety of services to transgender patients and LGBTQ+ youth.

Getting supportive care close to home
“My brother, Dakota, is a patient at Akron Children’s,” Dorian said. “My mom had seen ‘Safe Zone’ signs with rainbows on them in the hospital, and we were willing to trust them.” 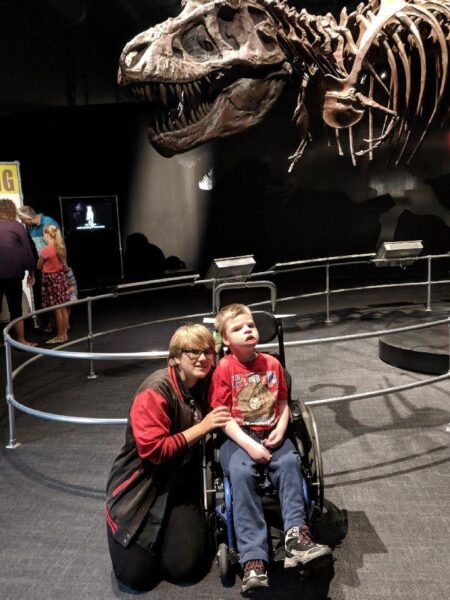 Dorian Gibson is close to their younger brother, Dakota, who is the reason that Dorian decided to go to Akron Children’s in the first place. The family saw how well Dakota was treated at Children’s and trusted that Dorian would be, too.

Prior to their first clinic appointment, they spoke to and received resources from the center while they waited for Dorian’s first visit with Stephen Sondike, MD, adolescent medicine specialist. Their first appointment included an interdisciplinary assessment with Dr. Sondike, a social worker and a mental health therapist so that Dorian only had to tell their story once.

“In my first appointment with them, I had brought a list of things I needed checked out or wanted to discuss, and they discussed all of them,” Dorian said. “They even looked my mom in the eyes and asked her to stop talking, saying they wanted to hear me tell my concerns. Nobody had really been willing to listen that closely before.”

The center’s team of gender-affirming specialists has worked with Dorian on numerous issues, ranging from finding ways to alleviate their chronic migraines, providing non-injectable testosterone treatments and helping with insurance issues.

Living life as their authentic self
After high school graduation, Dorian has continued to see Dr. Sondike for in-person and telehealth visits while attending Bowling Green State University (BGSU). Dorian is a junior majoring in forensic examination with minors in chemistry and French. They also participate in BGSU’s writing and fencing clubs.

“Dorian is someone who’s just living life, going to college and doing well,” Dr. Sondike said. “That’s what we strive for in gender-affirming medicine: helping our patients be the best versions of themselves.”

Having parents or caregivers who are supportive and accepting also helps transgender and LGBTQ+ youth succeed. 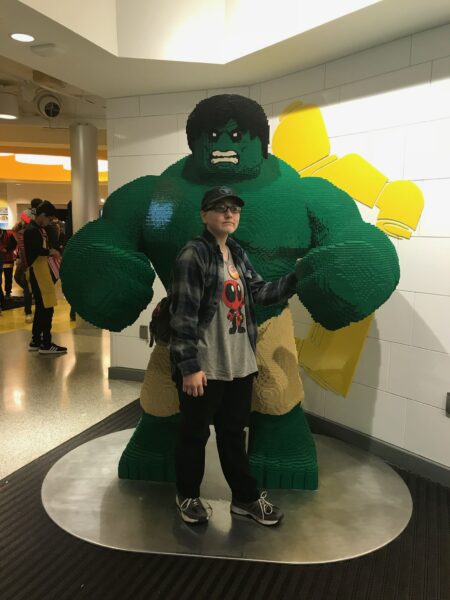 Dorian Gibson prefers to dress, act and present themself in the way they feel most comfortable, which is as a gender nonconforming person who identifies as gender fluid.

“The best support group is the home environment,” Dr. Sondike said. “Usually, the people who do the best, they have a core individual who advocates for them. Between advocates and supporters, it can make a big difference and help transgender and gender nonconforming youth feel seen, empowered and supported.”

Recognizing Transgender Day of Visibility
One way that transgender and gender diverse youth are learning about others who identify as they do is through Transgender Day of Visibility, which takes place annually on March 31. Trans Day of Visibility recognizes that not every trans person is able to be visible and live openly, while highlighting the strength of those who are out. Living a closeted life can cause suicide ideation and mental health issues, and safety, employment and housing discrimination and other trans justice issues can impact a person’s level of visibility.

For Dorian, it would be helpful if more people used their pronouns and tried to learn on their own.

“It shouldn’t be our job to explain and teach people twice our age on a regular basis, especially since it’s not always safe to do so,” they said. ”There are a lot of resources on the internet and social media that people can use to educate themselves and help to bridge the conversation.”