a a a
skip to main content
akronchildrens.org
Home > Inside Blog > Tips & Advice > Basketball and concussions – know the risks 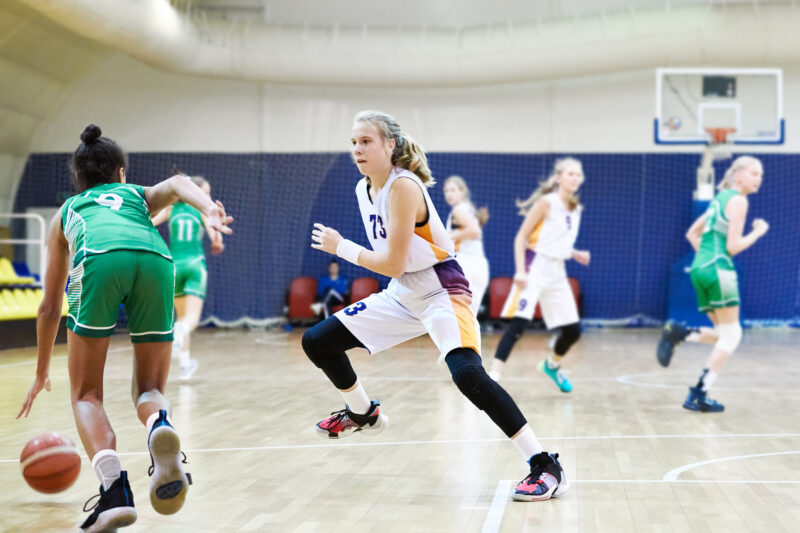 An Akron Children’s Hospital sports medicine doctor cautions that just because football season is over for area youth, it doesn’t mean parents and coaches should be any less vigilant about concussion awareness.

“Concussions are not just a boy-football issue,” said Dr. Aaron Sweeney. “Both males and females are at risk for concussions in other sports, as well, including basketball.”

Basketball is the most popular youth sport in terms of participants ages 8-19, both boys and girls, and ranks second to football in total number of concussions.

“Even when scaled down to concussions-per-athlete, basketball is still high on the list,” Dr. Sweeney said.

This is not to say parents shouldn’t let their kids play basketball or any other sport, Dr. Sweeney said, but rather they need to be aware there are some concussion risks involved.

“You’ve got to have a suspicion for it or you’re not going to catch it,” Dr. Sweeney says of coaches, training staff and parents.

In basketball, Dr. Sweeney said, body-to-body contact, such as setting hard screens and taking charges, hard falls, and whiplash injuries are among the higher risk moments. He added that concussions in basketball are almost as likely to occur during practice as in games.

Dr. Sweeney points to the CDC’s “Heads Up” initiative as a helpful resource for coaches, parents and athletes to identify concussion symptoms. The most common include:

Most of the concussions Dr. Sweeney sees in basketball tend to be recognized the next day.

“Oftentimes in basketball the story I get is ‘I had this play where I took a charge or went up to block a shot and my legs got taken out from me and I landed on my head. I felt a little off initially but didn’t tell anyone, so I finished the game and then felt really bad the next morning.’”

That common scenario, he said, just underscores the need for a higher suspicion in basketball.

Getting back in the game

There are three categories to diagnosing a concussion, he said, and the same categories need to be “normal” before going back to full participation.

“I want the athlete to be able to tolerate normal daily activities with no symptoms first and foremost. Then, they need to tolerate full days of school with no accommodations or assistance. If they are able to do that, then we can talk about progressing their physical activity. First is light aerobic activity, then we progress to moderate activity, then sport-specific activity, then controlled scrimmages, and finally to contact and games.”

He also said the old adage when treating concussions was no physical activity until you felt better.

“We really try to get away from that,” Dr. Sweeney said. “We still want our athletes, even while symptomatic, to be active but not pushing it too far. Light activity like power walking or light jogging is almost always appropriate, even in the early stages of recovery.”

Suspect a concussion in your young athlete? Contact Akron Children’s Hospital sports medicine or your child’s pediatrician for an assessment.

What is toasted skin syndrome?
Akron Children’s makes flu shots available
6 Things parents are asking about omicron
What are the safest swimsuit colors?
How to spot a vision problem in your preschooler